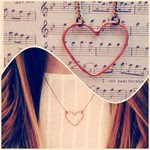 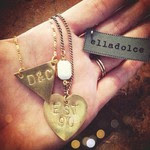 Who knew that one friend's request for a necklace could launch a business and an unexpected career path for Taryn R., founder and creative brains behind jewelry company, elladolce.


elladolce started as a nameless hobby for Taryn who was working for a small boutique in the village of Arroyo Grande back in 2009. Her friend Amy (a lovely lady who I can call a friend as well) began wearing the one-of-a kind piece that started it all, receiving compliments and requests from people for their own (soon-to-be) elladolce bling! Taryn obliged and with the encouragement of her boss, also began selling her pieces in the boutique where she still worked part-time.

Taryn knew that as her "company" grew she'd need a name and settled on a nickname her father had given to her daughter, and elladolce was born! Through word of mouth she began selling her jewelry to locations other than the boutique- a salon, coffee shop, and yoga studio soon followed. When the boutique closed in early 2012, Taryn found she had more time on her hands to create. Urged on by friends and family her Etsy shop became a reality. 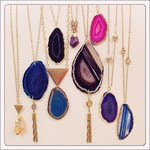 With the happy success of the shop so too comes demand and with demand, time becomes scarce. So how does a mother of two little ones find the time to keep up with demand and the need for inventory? She becomes a night owl! My favorite quote from Taryn has to be, " If you see me and I have dark circles under my eyes it is because I work at night!"  Like all women who multi-task and wear many hats-often stacked on top of one another- she has taken the night for her own, creating her jewelry after her wee ones head off to bed. 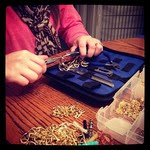 A fully stocked Etsy shop and now branching out into even more retail locations Taryn has had to recognize her limits- finding patient and understanding retail store owners along the way! During peak periods (holidays, wedding season etc...) she is prepared and stocks the retail locations a month before those peak periods, trying to anticipate and get on top of demand- giving herself and the stores ample time to make it available to the adoring public! 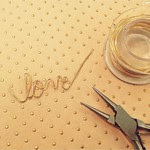 So, what does the future hold for elladolce? I think it's best to let Taryn take over this one: "If I let myself dream the biggest dream I can for the future of elladolce... nothing would make me happier than to employ some of my best friends who have been supporting me since the beginning. They basically all work for free in times of need as it is and if my company grew to a size that they could actually be paid I would just love that. Also my true love is vintage and I would love to travel the United States and comb through flea markets and antique stores for some amazing finds."

Want to inspire Taryn and create something unique? Hit her up for some custom work! She's ready to help make your vision a reality with a one of a kind piece or you can support her and help make that big, bright future of elladolce happen with a piece already waiting for you in her Etsy shop! 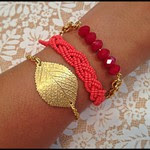 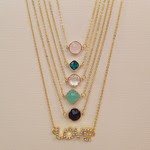 elladolce was kind enough to give Cheer Up, Old Bean! readers a special offer for the month of February! Use the code: lovecheerupoldbean in her Etsy shop to receive FREE shipping on your order! Make sure to let your sweetie know just what to want for Valentine's Day from elladolce and pssst- don't forget to tell your love the code!

Where can you find elladolce? (click the links below)

*all photos used by permission and are copyright elladolce