Well week two is in full swing and I've found myself bringing in recipes from week one that are just too good or too easy to give up. Out of all of the recipes that I have done so far only one has evaded my cooking skills and been a big fail, but the others have been great and are proving to be adaptable for just about every palate. The failure? Banana Oat Pancakes- I just couldn't get the hang of them, the batter was quite thick and unyielding and the bottoms would burn before they were cooked through. Rather than cook them again and again to get it right I've abandoned that recipe, I wish you luck if you have a go- they didn't taste half bad!

On to this week's recipes and my feelings about the detox thus far!

Breakfast: Cardamon Quinoa Porridge.  I only altered this recipe slightly after being unsuccessful finding ground cardamon, I substituted cinnamon and nutmeg. I have since been able to get my hands on cardamon and it's lovely either way. 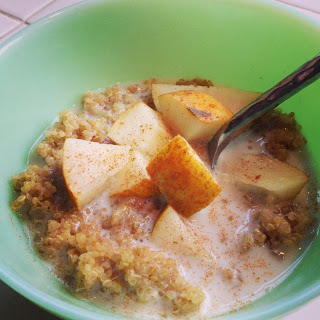 In a saucepan bring quinoa, 3/4 cup almond milk, water, vanilla, salt and spices to boil. Reduce heat and simmer, covered, until liquid is absorbed- about 15 minutes.

Remove from heat and let rest for 5 minutes, then fluff with fork. For each serving top 1/2 cup of quinoa with 1/2 cup almond milk and 1/2 sliced pear.

I found the salt to be too overbearing in this recipe and I had to overcompensate with lots of cinnamon. I will leave the salt out completely next time I make it. Otherwise this was a yummy breakfast.


Green Juice: Green Lemonade.  The only variation on the original recipe is that I added a few more veggies in mine. 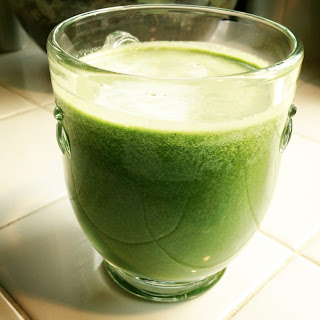 Either juice the lemon by hand or peel it and add it to your juicer. Add all other vegetables and apples to juicer and enjoy!

Snack: Baked Sweet Potato Chips. I did not alter this recipe in any way. Just delicious! 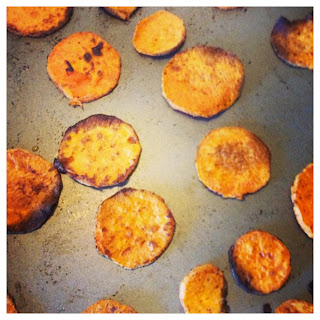 preheat oven to 400 degrees F. Toss sweet potato in olive oil and spices. Spread evenly on one to two cookie sheets, arranging in a single layer. Bake about 20 minutes flipping halfway through.

Lunch: Creamy Broccoli Soup. I did a little deviation from the original recipe with this one- I added a squeeze of lemon and a little bit more red pepper flakes. It's quite good. 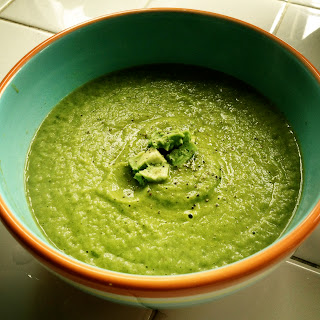 heat oil in medium pot, over medium heat. Add diced onions garlic and pepper flakes and cook, stirring until tender (about 6-8 minutes). Add broth and bring to boil. Add broccoli and cook, covered, until bright green (about 2-4 minutes). Season with salt and pepper. Remove from heat, stir in spinach, and let cool slightly.

Transfer soup to blender (I did this in two batches), add avocado and puree. Adjust seasoning if needed and eat! Yum!! This is so low in calories!! For those doing Weight Watchers, a serving of this soup is only 2 points for the points plus system!!!! I added another shake of the red pepper flakes to mine so it's quite spicy and a bit of lemon juice (recommended in the reviews on whole living's website.) 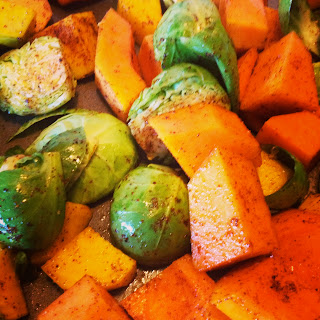 
So far week two has been easier than week one because I've gotten into a routine. I know what I can eat and how much. I did a little experiment this weekend and decided to have a sandwich from a restaurant chain, which shall remain nameless but specializes in 6 inch or footlong sandwiches, wink wink- and I got ill almost immediately after consuming it. Sooooooo my body spoke, I listened and do realize that clean eating is the way to go!! I'm almost halfway through the 21 days and I feel great, there is definitely something to this!! And as a side note, I've lost 2.5 lbs already, which is not my main goal- I have lots of personal reasons why I wanted to detox- but I'll definitely take weightloss as an awesome side effect!!