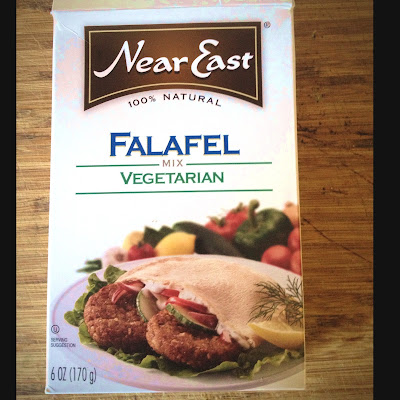 My mom started making this dish when I was in high school, oh so many years ago! Occasionally I remember it exists as a dinner option and I bust out this old "recipe". This time around I was reminded/inspired to make it by two different instances. First, the gals over at A Beautiful Mess blog posted their version of this dish a few days ago. They make their falafel mix from scratch, but I must admit as much as I love to cook and love to cook from scratch I have always used the Near East falafel mix for this. I do however, always make the cucumber dressing/sauce from scratch with some variations to it from time to time.  The second instance was a stop at Subway up in Mountain View on our way back from San Francisco and Ikea (!!). I'm always intrigued that Subway restaurants feature different items on their menu based on their location. I've seen sourdough bread on offer in some places, and a different chip selection in others. Well, this Subway had falafel! Yes, it's true! So with that second reminder I decided that falafel was back on the menu!

Two trips to the grocery store later and I had the ingredients in hand (well most of them anyway, how is possible that a grocery store is completely and utterly OUT of pita bread?!) I didn't check the freshness of the cucumber I had in my fridge and was in for a nasty surprise after I'd already started cooking the falafel! (note to self: check your ingredients before beginning, sheesh!), so a second trip to the grocery store became necessary and was timed- go speed racer, go!

It was worth the effort!!

1- package Falafel mix or if you have the time use A Beautiful Mess Blog's recipe HERE
Pita bread or in my case sandwich thins as substitute when your grocery store has a massive fail!

Cucumber dill sauce:
1 container greek yogurt- I do the 0% Fage
1 small cucumber, peeled if you prefer, chopped to preference.
1 tablespoon fresh dill, chopped finely
about a teaspoon lemon juice (less if you prefer)
pepper to taste
salt (optional. I leave it out personally)
garlic powder to taste. I do just a few shakes of the bottle. 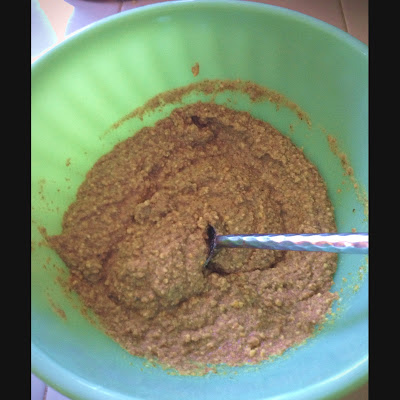 There are two ways to cook the falafel. Usually I fry it, which of course isn't healthy, but it's the traditional way to do it. This time I decided to bake them, per the instructions on the box. They didn't taste nearly as good, so I ended up quickly and lightly frying them for about 30 seconds each side to crisp them up a bit. 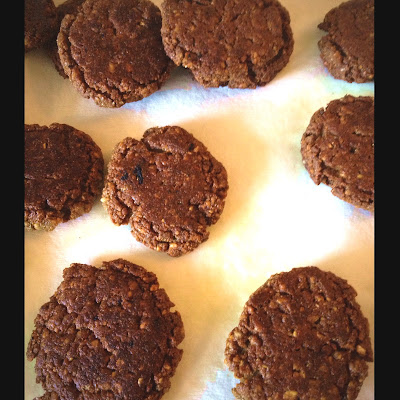 While they were baking I assembled the sauce. If you are frying the falafel and not baking them then make the sauce about 30 minutes ahead of time so the flavors have a chance to mingle. 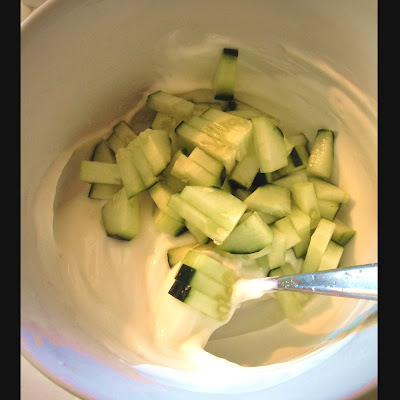 If you are using pita bread then you are ready to assemble but if you, like me, had to improvise then at this point I toasted the sandwich thins a little. Put a falafel patty or two, or three, add a dollop of sauce and whatever else you like on there and you're done! 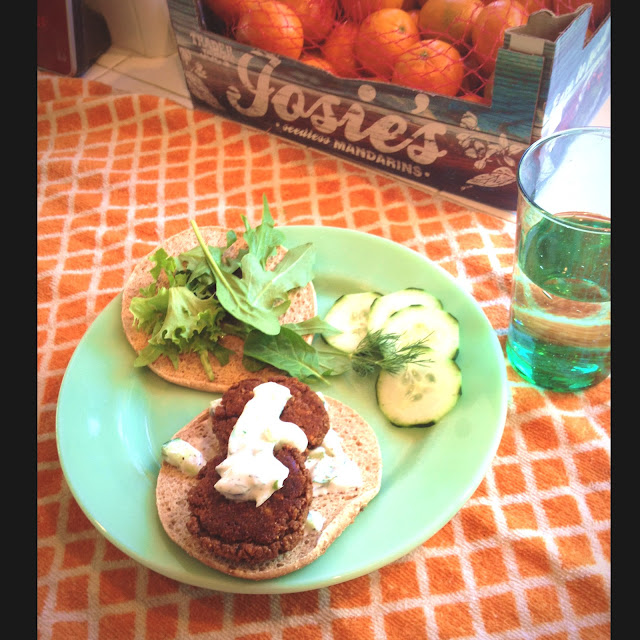