Daniel and I set out for for the city of Lincoln along lovely coastal roads and throughout the stunning Lincolnshire wolds. I'd say that the Lincolnshire countryside is the first place I've been where no matter how many photos you take you can never quite capture it's beauty. It looks flat and one dimensional in photos- you completely miss the feeling of open space, the expanse of the fields, the soft colors. I felt really sad that the beauty in front of me just wasn't translating on the play back screen of my camera. So I apologize to the county of Lincolnshire, my photos really don't do you justice at all.

We left Skegness along a windy, narrow coastal back road. So many times we found ourselves on roads with no shoulder, which meant that there wasn't much between me (the passenger) and a ditch. The speed limit on this road was confounding. What should have been 35 mph was 50 mph. It definitely wasn't a safe speed, but obviously the locals felt differently. Fortunately for us the road wasn't too busy so we could go slow and steady for the most part, which also meant I could yell, "Stop!", and get photos at a moments notice without causing us to get rear ended.

My husband has always maintained that the landscape of Lincolnshire is his very favorite. This has in the past made me crinkle my nose in disagreement as he regularly says how flat Lincolnshire is. I don't like flat- I've grown up surrounded by hills- I live on one for goodness sake- so the idea of flat land stretching out for miles with no interesting hills or peaks sounded awful to me. Well, I have been won over as I'm sure you guessed from my first paragraph. Lincolnshire isn't flat in the way that I was imagining. It isn't boring or without interruption. Sure, there are parts of it that fit my original image- but there are also parts of outstanding beauty. The word that comes to mind is gentle. 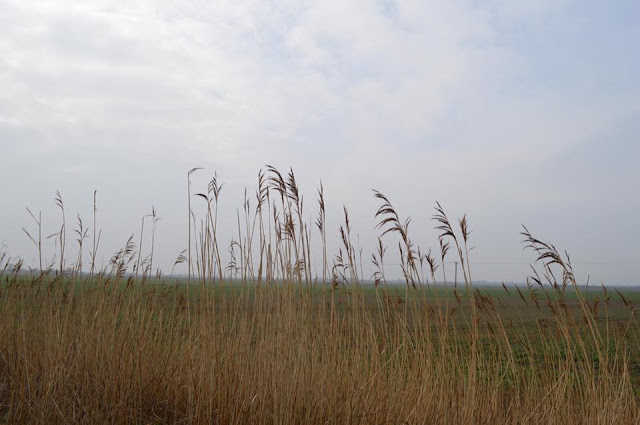 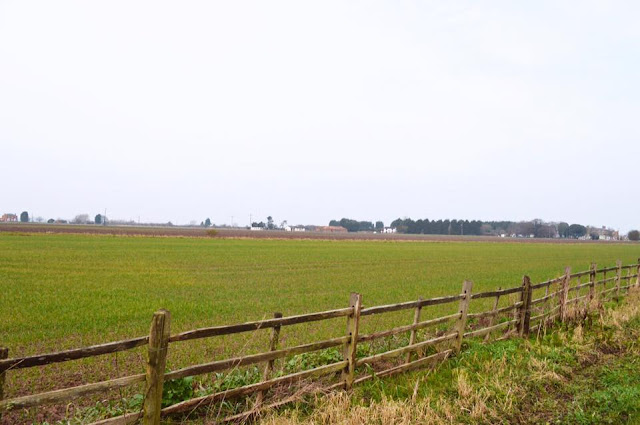 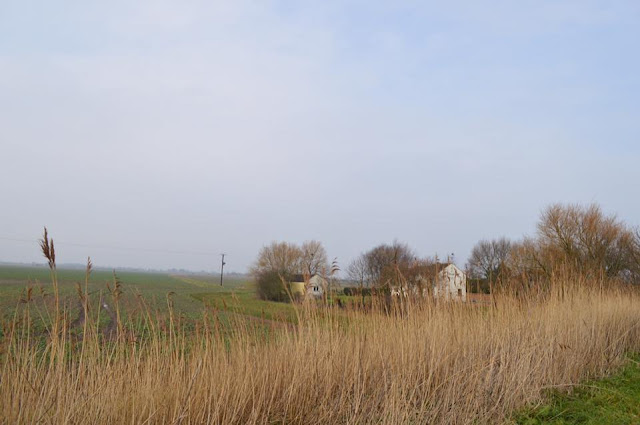 We passed fields, golf courses, the occasional grouping of modern windmills towering over the mostly flat landscape. Most notable was a day use beach area near Sutton-on-Sea with rows of brightly painted beach chalets that stood out against the grey sky. Daniel kindly stopped so I could get a photo and run up some stairs to see the sea.  The entire time we'd been driving after we left Skegness I hadn't seen the sea even though we'd been driving parallel to it. I kept forgetting we were on the east coast. It took me a while to get my bearings and realize that even though the sea was to our right we were indeed driving North. Once again, it was best that my husband was the driver. I'm so used to living on the west coast of the United States where the sea is to your left and not your right as you drive north.

One man was walking a dog on the lonely expanse of beach. It was a grey, cold day so I didn't linger too long. I took a few photos of the beach chalets and noted that each one was different- some were better looked after than others. A few were quite shabby, but I've since realized how much you fight the elements in England- wet from rain, salt from the sea, wind, all break down the little wooden structures. Rust was creeping in and I'm guessing that is just a losing battle, it's bound to come back even if the metal parts are replaced.  Some looked freshly painted and almost all had curtains drawn, but a few had curtains that had been disturbed or not closed at all so you could take a peek inside. They were empty except for a few cups hanging from hooks in the tiny kitchens. It's going to sound cheesy but I could imagine them teeming with activity- families having a holiday at the seaside, making cups of tea in those little kitchens, small sandy children being shuffled out and back into the sea with cheese sandwiches in hand. 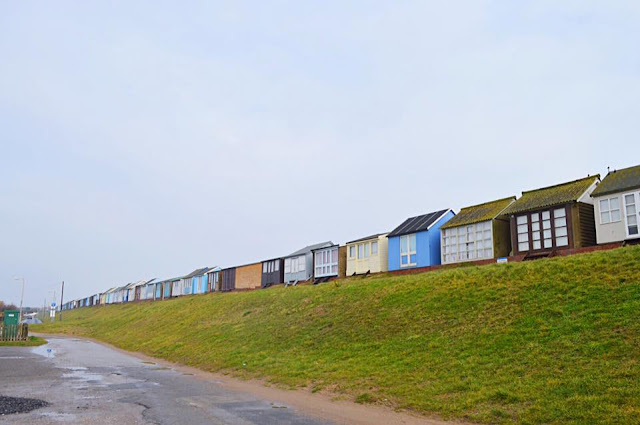 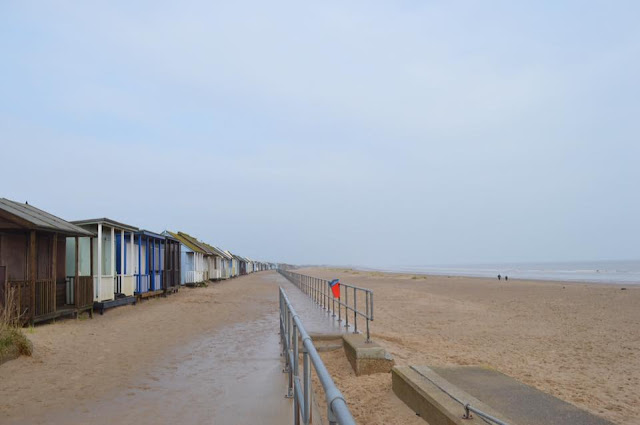 We followed the A1031 through many a lovely village that I would have been happy to call my home. I'm still perplexed as to how people are able to afford to live in these remote, pretty places. There wasn't much in the way of commerce, although Daniel informed me that they were very popular places with tourists in the summer. Maybe the locals make enough money in those busy summer months to sustain them through the remainder of the year? Although we both suspected that many of the homes we drove passed were second homes owned by well to do people from the cities. Another place on my list that I'd have to win the lottery to move to. Sigh.

Eventually we found ourselves parking along the seafront in the town of Cleethorpes. Skegness had been a nostalgic place for my husband but Cleethorpes was even more so. It had reached almost mythic proportions in our household- it's one of the places Daniel has truly happy childhood memories of- so I was delighted that we were there. The sun even came out for a brief period allowing us to feel slightly less ridiculous eating our ice creams with scarves on. 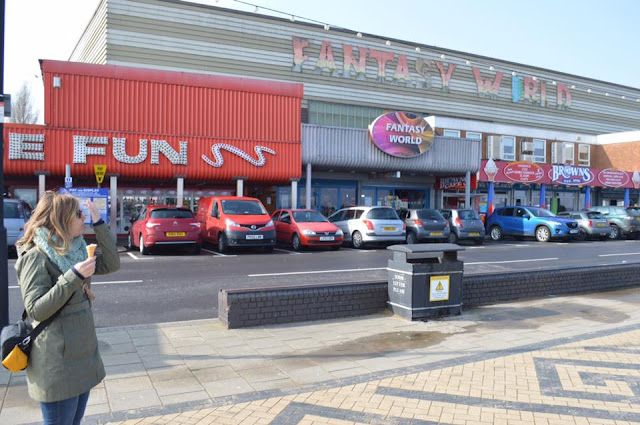 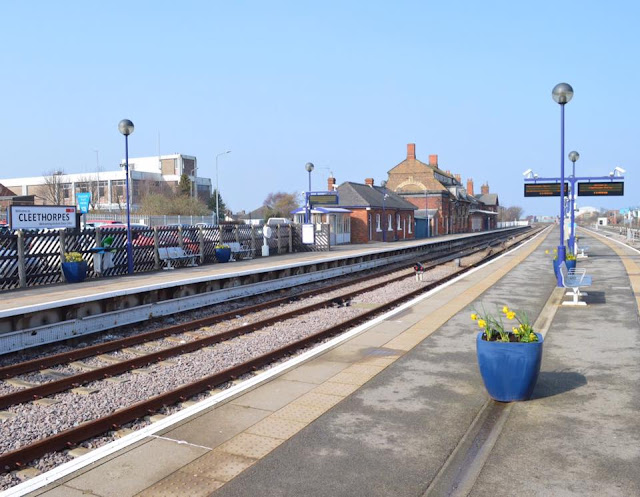 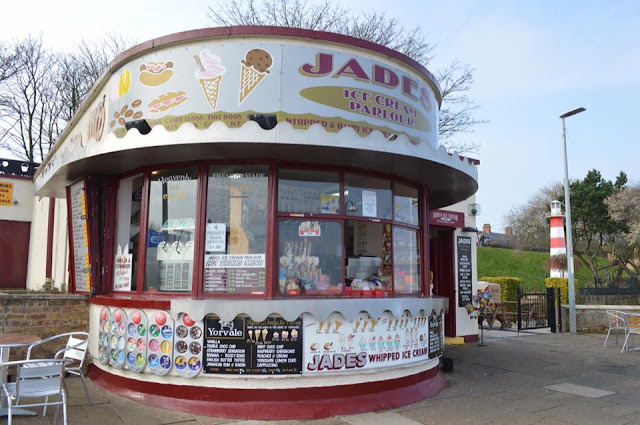 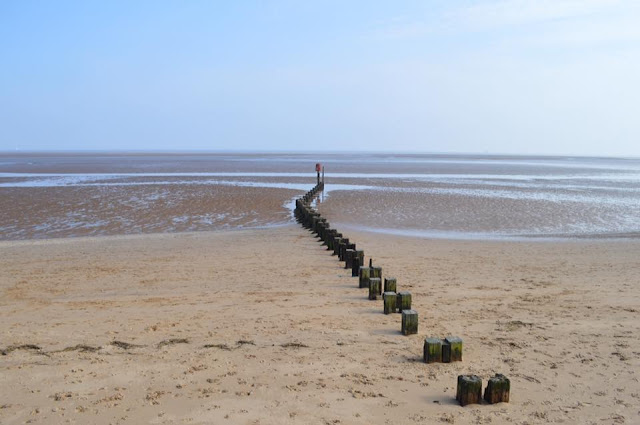 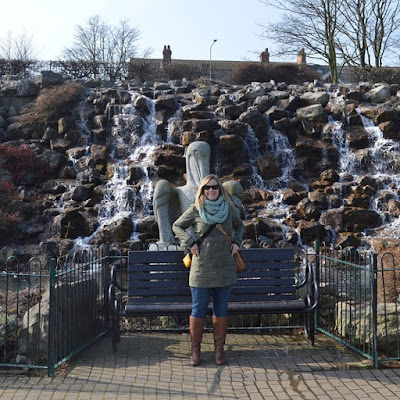 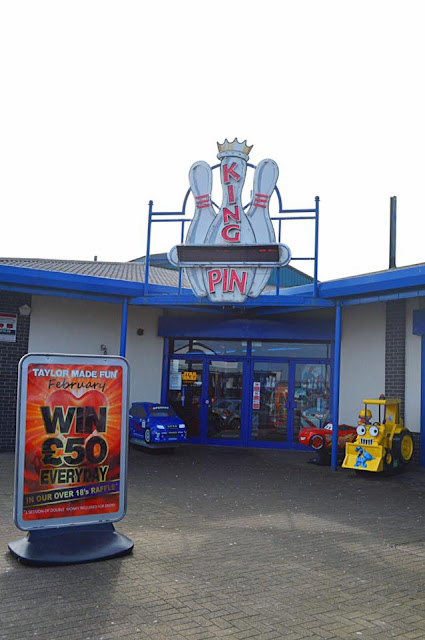 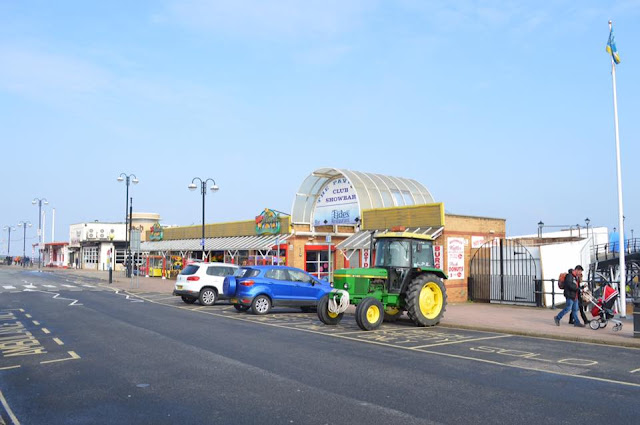 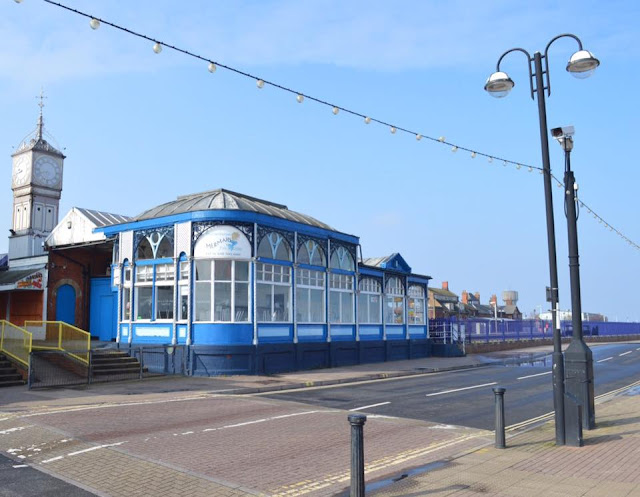 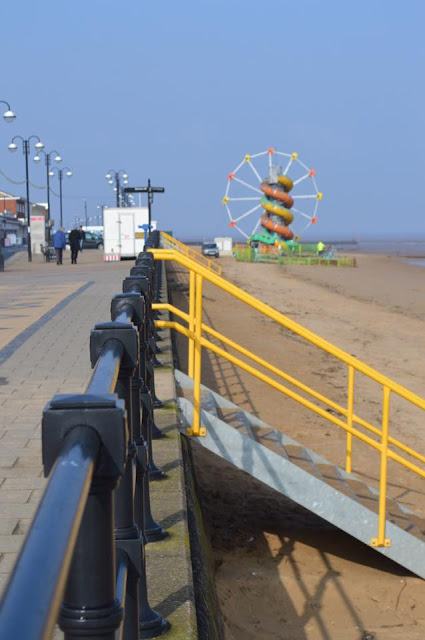 It's a bit strange to be in a seaside resort town in the off season when it is quiet. It had a slightly run down feel to it like an abandoned amusement park, but again I think this is down to fighting a losing battle with the elements. You realize though how much people can make a place. I'm sure I wouldn't have noticed the peeling paint if children were running passed me down the promenade, or the Ferris wheel had been in operation or the train station not so quiet. It was nice however, to eat our ice creams on the promenade without having to dodge people or wait for someone to vacate a bench or even better to be seated straight away in a cafe when the weather changed and hot tea was the first order of business. It was nice to sit with the locals, sipping tea, eating Biscoff biscuits, and finally settling into the rhythm of our vacation. It might not have been a morning filled with castles or grand cathedrals but it was filled with beauty and things to make you pause to commit them to memory. It might have also been filled with it's fair share of soft serve ice cream and flake bars, and sometimes that beats a castle.