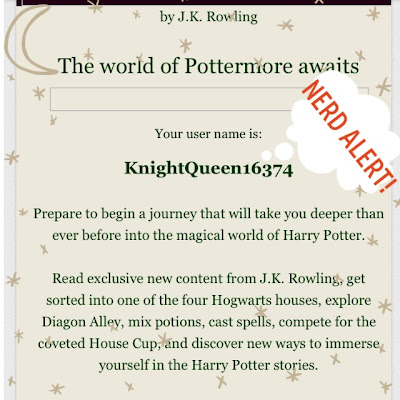 Pottermore- yep it's a crazy Harry Potter fansite that I am waaaay too old for, but whatevs- I've got a wand, so there! Alright, let me explain how this happened. First of all, I am a big ol' nerdy fan of Harry P. -like pre-order every book and read it in less than 24 hours kind of a nerdy fan. I decided recently to re-read the books, I figured enough time had gone by that while I still remember the big plot twists and turns and endings, I don't remember exactly how everything came about. What joy to return to Hogwarts! And yes, I'm serious.

All this renewed Harry Potter mania in our house has sparked a very serious interest into what "house" we would fall into. Now, I'm not outing anyone but I did say (ahem!) WE. After taking an online Sorting Hat test which lamely tied me with Gryffindor AND Ravenclaw (hellllooo, that can't happen sorting hat!) I decided to take the plunge and sign up for Pottermore, the J.K. Rowling endorsed fansite. I had been on it before but that was many, many years ago and boy it's changed. Now it's a GAME! You get to live the Harry Potter books. Now, I wasn't prepared for this. I had no interest in starting some sort of game, but I did want that darn Sorting Hat quiz and by golly I was going to do the work for it! so I dutifully signed up, got a username and grumbled through the first chapters of The Sorcerer's Stone, so not amused.  Then something kind of magical happened- I got to Platform 9 3/4, collected some chocolate frog cards and kind of started to have fun. Uh-Oh! By the time I was collecting "my" school supplies in Diagon Alley, getting an owl and MY wand I was hooked and it wasn't just about the darn Sorting Hat quiz anymore. I realized in that hour or so of wasting time on Pottermore I was completely free of stress- hadn't had a single stressful thought, not even a nagging one- I actually felt like a kid again who's only worry is getting the right books for school. I cannot tell you how priceless that feeling is. I get that feeling reading a good book too, but more than anything this was just pure fun- dorky, embarrassing fun! So while I won't be on there daily or maybe even weekly, it's good to know that when my brain gets fried from all of the stuff that life throws at you I can plop myself down, sign in and see what's happening at Hogwarts! 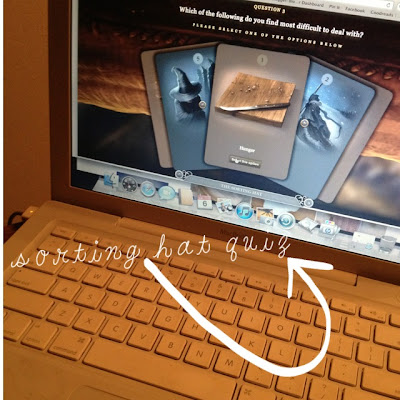 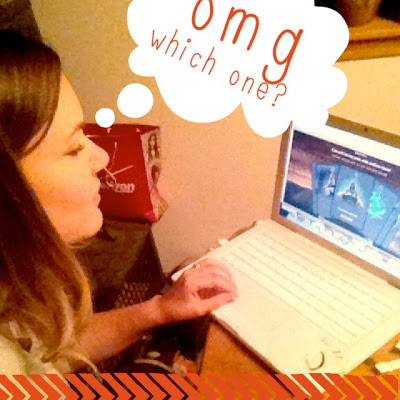 Thought I was going to leave you hanging and end without the results of the Sorting Hat? Nah.... 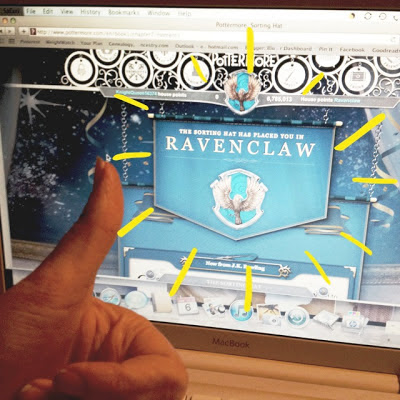 I got Ravenclaw (and so did a certain someone else I hold dear- twinsies!)
Yep, the house of the eccentric, slightly weird, brainiatics (or intelligent, witty, creative and individual, as they put it nicely)- Luna Lovegood is a housemate and that suits me just fine- we all know I live with gnomes and kind of believe in fairies!
Labels: Cottingley Fairies Fairies gnomes Harry Potter JK Rowling Pottermore Ravenclaw stress relief whimiscal