*This post contains a Dr. Martens review so if you just want the outfit details please scroll down to the bottom of the post.

I've mentioned before that I've completely embraced the resurgence of the 90's and regressed to 15 year old Leah minus the red bob à la Claire Danes in My So Called Life (although I'd like to point out that I had it first! Get your own style Claire!) I'm pretty sure that I've also mentioned that when I moved into the house we're in now about 9 years ago I accidentally threw away my entire collection of Doc Martens! (5 pairs purchased in the early 1990's all gone in a flash! I still feel sick to my stomach about it!! That'll teach me to put precious things in a bag with lots of other things instead of a box!!)

I've decided to slowly rebuild my collection one pair at a time. Back in the summer I bought a green pair of 1461's (seen in my previous Record Store Day post) and was immediately reminded of the famous Dr. Martens break in period. Ouch! With many wears and the help of Wonder Balsam they are now comfortable and in rotation.

When Daniel and I went to the UK last year I was determined to get a pair of black 1460's directly from the source. We avoided large cities for the most part on that trip so my first opportunity to purchase a pair came in Edinburgh.  Wouldn't you know it, they were out of my size in both the black and my second choice of cherry red. My next opportunity came a few days later in Sheffield and produced the exact same result. I decided to just hold tight and wait. Well, the waiting paid off because I found the absolutely perfect pair while in Santa Cruz.

Buying Docs, or shoes in general was not even on my radar, so when we walked down Pacific Ave. and happened to stop in front of Old School Shoes I kind of inhaled and did a double take. Cue angelic voices- there they were displayed right at the door!

I should specify exactly what I was looking for because I wasn't looking for just any pair of 1460's- (*feel free to skip ahead if you don't want to read the minutiae) When you look at a pair of Dr. Martens today you are not looking at the same shoe from the 1990's. First off they're made in Asia now unless you pay extra for a pair from the Made In England collection This sucks. You can tell right away that they're not your vintage Docs. Second, unless you buy the Made In England (or the Pascal, which I'll get to) the top collar is trimmed in black leather and not raw like they used to be. I never liked that look and not what I wanted at all. After much thought I decided I was going to shell out the extra money and get the Made In England pair because I wanted my boots to be as close to what I orginally had as possible.

Well, I ended up doing a bit of a compromise. While I knew I absolutely didn't want the non-Made In England 1460's because of that leather trimmed collar and some quality issues that I've read about, I was open to the Pascal boot. The Pascal Virginia boot is a women's boot with the raw leather collar (yay!) and is made with the more supple Virginia leather, a soft, fine grained nappa leather. Only time will tell if they'll last as long as the Made In England collection, as the Pascal like my green 1460's are made in Vietnam, but so far I'm really pleased. There was no break in period with the Pascal Virginia. They have been comfortable since day one. I definitely recommend them if you want the look of the Made In England Collection but don't want to pay the extra $65. Also, a side note, the laces that come with the 8 eyelet boots aren't long enough to wrap around the ankle and through the heel loop, so if that's an option you want (like me) then you'll need to order the 83" 12 eyelet laces. You can however wrap them around if you do so lower on the boot. 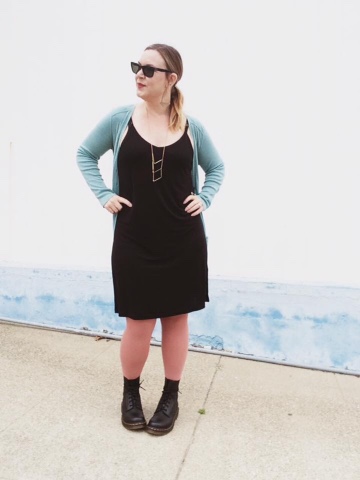 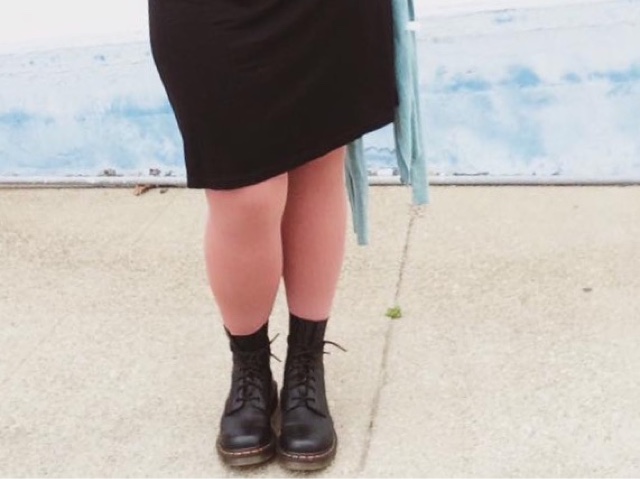 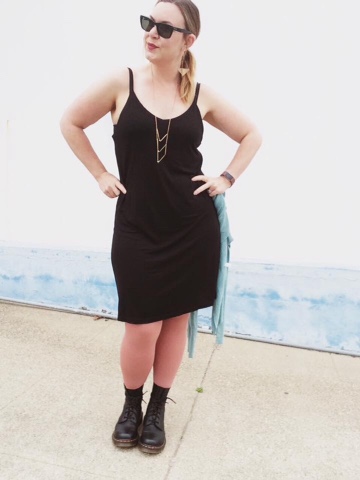 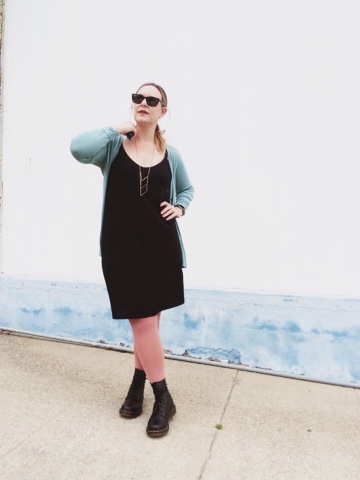 As an added bonus here's 15 year old Leah in all her 1993 glory. I'm wearing my original cherry red 1460s with green plaid laces, argyle socks and my original Ray Bans Clubmaster classic sunglasses. I'd wear this exact outfit today if I could, funny how things come back around.