This year was my first time participating in Record Store Day (RSD). I've always wanted to go but being a hairdresser means I have pretty much worked every Saturday for the last 17 years. Because our original vacation plans fell apart I was free to participate this year.
My good friend Darci is an old pro at Record Store Day and thank goodness cuz being a complete novice myself I would have missed out entirely. I was thinking I'd just stroll up to Boo Boo Records at 9am when it started and collect what I was after with ease and no competition. Boy was I naive and totally in need of Darci's tutelage. She informed me that there would be a line to get in and that I'd better get there early. I thought 8am would be early enough but the line was already down the block when I arrived. The gentleman who was the keeper of the doorway said that people had been there at 6am to line up. Talk about serious record collectors! 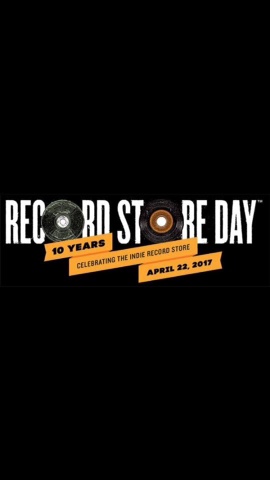 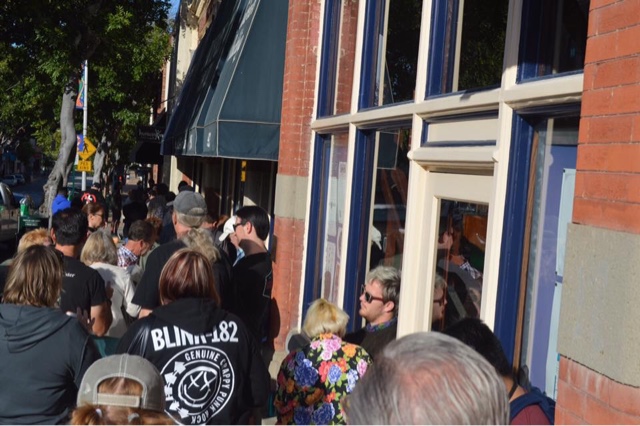 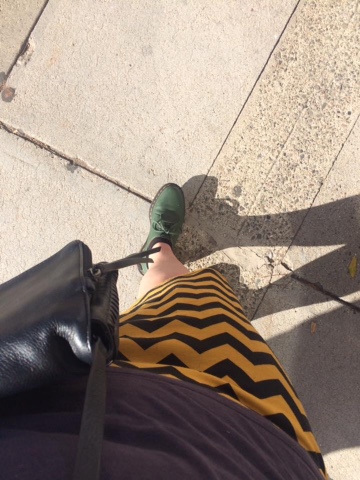 Waiting, waiting....
My list of RSD exclusives consisted of: The Sundays Blind- 25th Anniversary Edition, The Cure Greatest Hits and/or Greatest Hits Acoustic picture discs, The Smiths The Boy with the Thorn in His Side 7", and Madonna Dance Mix. Did I manage to get any of those? No, nada, nope. It dawned on me in the moment when I saw each and every slot I wanted was a gaping hole of empty that this is like a competitive sport. One that I was untrained for. I have since found out that The Sunday's LP which was the main reason I dragged myself out of bed at 6:30 am, was only released in the quantity of 1500 for thousands of independent records stores worldwide. I guess I had a slim to none chance of snatching one up since it took me 23 minutes to actually get into Boo Boos. Same goes for The Cure LPs. 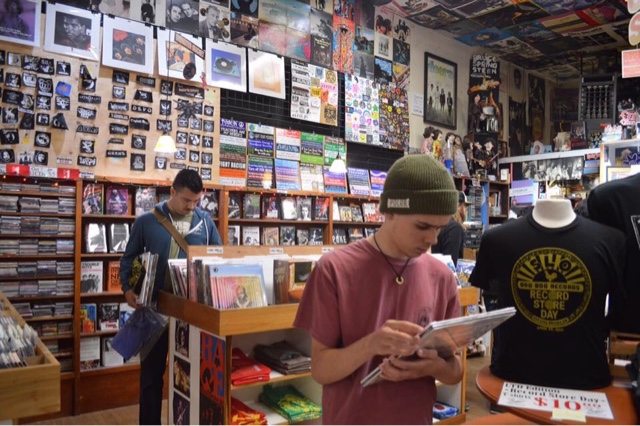 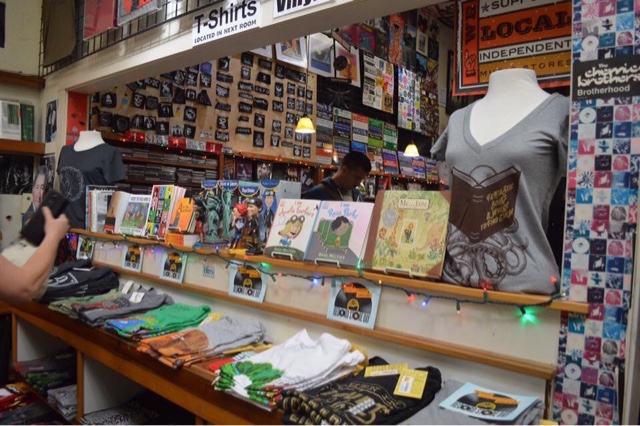 I did however manage to come away with the U2 Red Hill Mining Town mix on picture disc. I felt pretty good about that. It wasn't on my original list but I'm happy I didn't leave completely empty handed. I also got a limited edition t-shirt (which has already become my favorite thing!) and a commemorative tote bag which will come in very handy! I also have gained the knowledge that if I want to play again next year I'd better be prepared to get there super early or at least have realistic expectations.
But seriously though, who bought my Sundays LP? 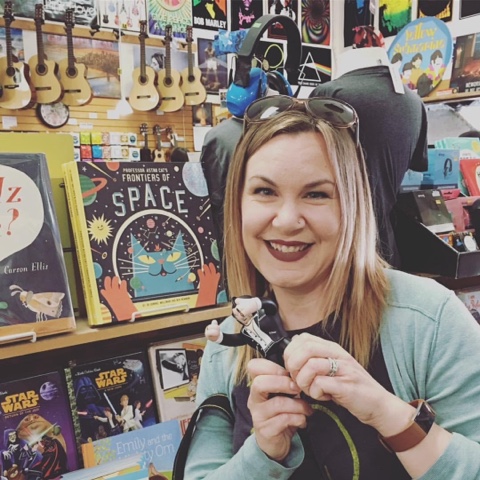 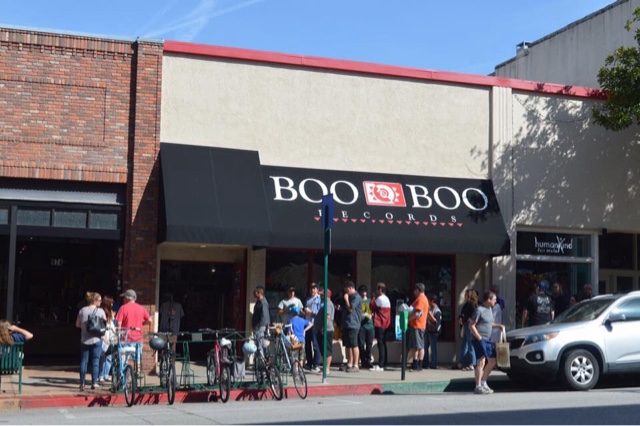 The dwindling line after I left with my purchase 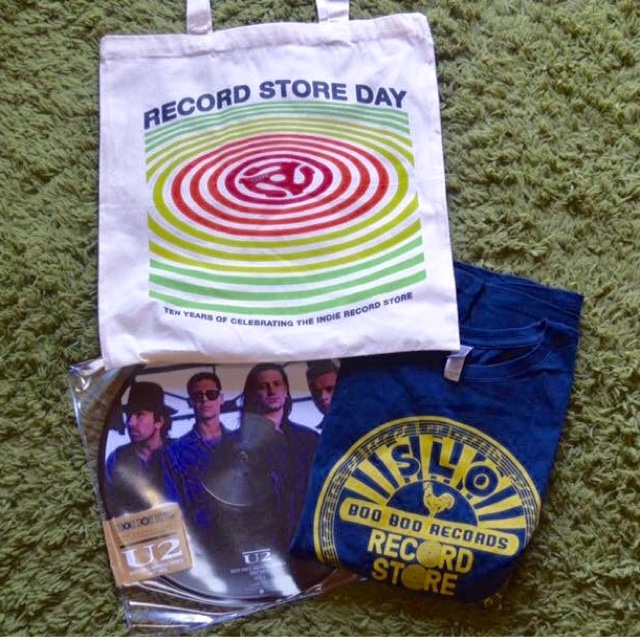 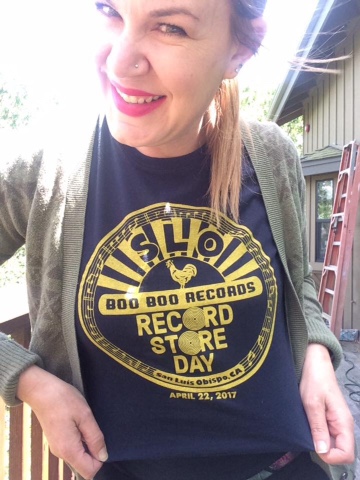 Basically my favorite shirt ever now. 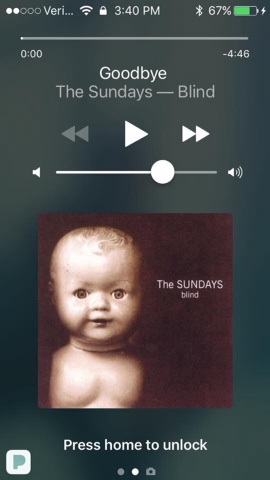 I kid you not, this is what came on pandora as I was writing this post. The Sunday's just rubbing salt in the wound.
Ps... I scoured the record store in Santa Cruz a week later in the hopes that any of my RSD list were miraculously still available but alas they were sold out there as well.
Labels: Boo Boo Records Boo Boos California Central Coast music Record Store Day RSD RSD2017 The Cure The Sunday's U2