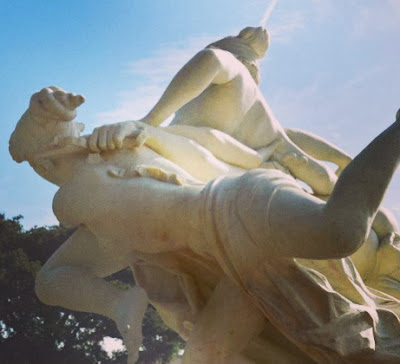 So exactly what are Bacchantes, you might ask? We asked too, so my husband and I did the groundwork and researched for us all. We knew it had something to do with Greek or Roman myths but that's where our knowledge ended. Bacchantes (also called Maenads) as it happens are female devotees of the Roman god Bacchus (Dionysus in the Greek pantheon). They are often depicted scantily clad in animal skins, cavorting and dancing while intoxicated, sometimes ripping animals to shreds with their bare hands. Not exactly docile ladies it would seem, but a popular choice for the sculptors and painters of antiquity.

Our Bacchantes are sculpted out of one piece of Carrera marble and it depicts them wrestling, semi-nude wrestling I might add.  This 15,000 pound statue thought to have been done by Italian sculptor Aristide Petrilli was originally displayed by the Italian government at the 1904 World's Fair in St. Louis, Missouri. E.G. Lewis, the founder of the Colony of Atascadero purchased the statue in 1906 at the end of the exposition and eventually had it transfered to Atascadero where it stood in many different locations before settling in 1963 in it's current home in the Sunken Gardens, across from the Rotunda building.

As a child I was always fascinated by this statue. It never once occurred to me that they were barely clothed, what I was taken by was the smooth white marble and the fact that my little town had a classical sculpture just like Europe. Even as a child I was fascinated with antiquity and history, by art and by sculpture.

In 2001 after years of falling into disrepair at the hands of time, weather and vandals the city sent it off to professional restorers where it was repaired and restored to it's former glory. Unveiled in September 2013, we can now enjoy them once again, and I personally get to relive some childhood moments at the foot of the statue I found so intriguing. 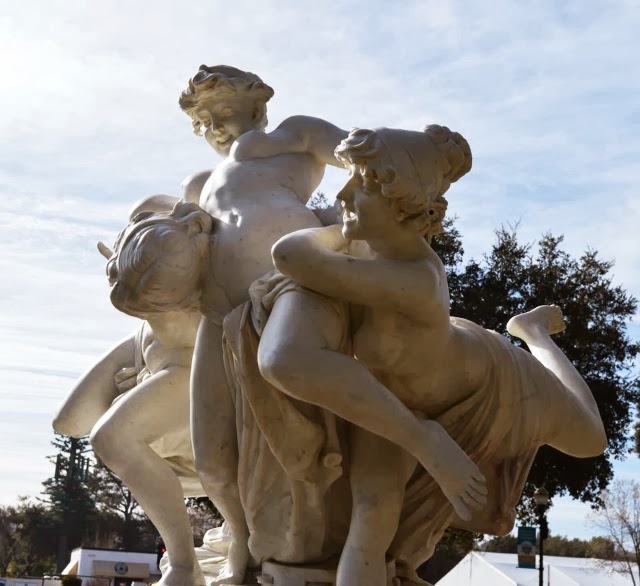 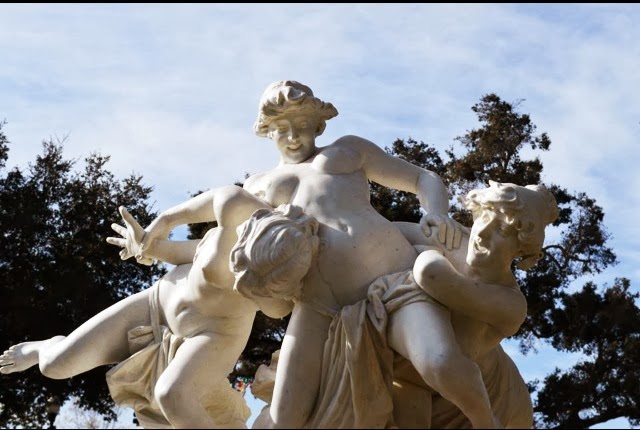 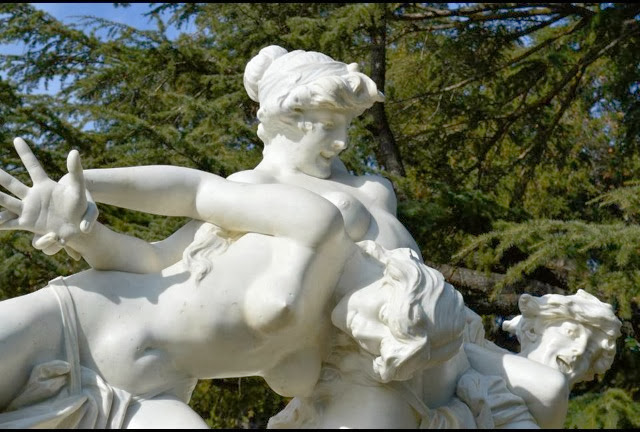 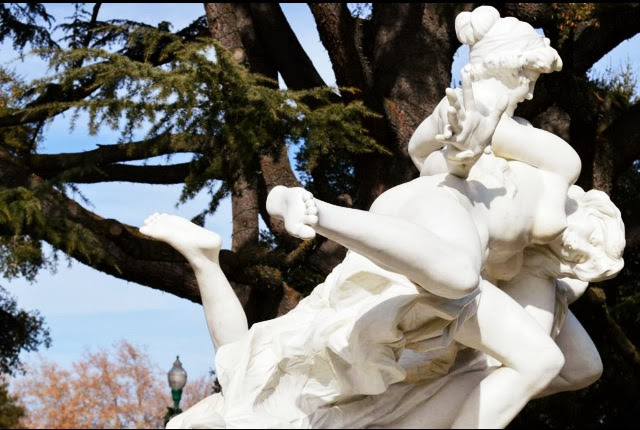 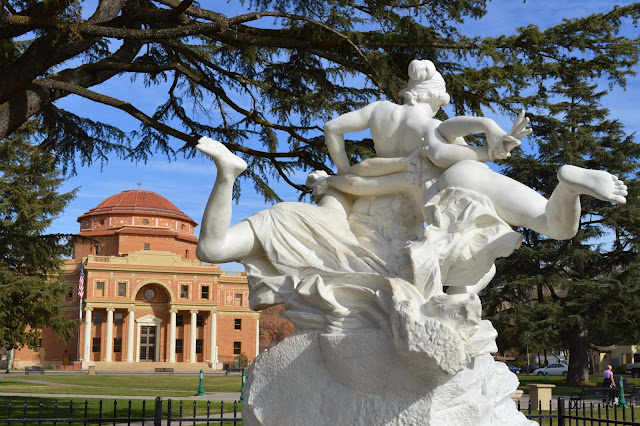 Live on ladies, live on to inspire another generation. Thank you for existing in a small California town and thank you to those who recognized what a treasure we had in our midst and restored them to their former glory. And by golly if some hoodlum throws a bottle at you I hope it bounces off and hits them.
Labels: art atascadero bacchantes bacchus California Central Coast Central Coast greek myth History maenads nymphs roman myth roman pool Rotunda sculpture tree nymphs water nymphs Wrestling Bacchantes