Rolling with the punches

Life sometimes throws you curve balls and your reaction to those curve balls can either make or break your attitude towards life. Back in August of 2016 we started planning our vacation for this year. We gave it lots of thought and while it's morphed a few times generally the basic plan was always the same: a 14 day road trip to Oregon and Washington states. As I type this I should be in my freshly serviced car traveling the great open road heading north to freedom and a break from reality. As you probably noticed I said "should" and this is where those curve balls, the sucker punches, the mercury in retrograde, whatever we'd like to call it enters the picture.
4 things have happened in the last week to change the course of our vacation. Oregon is no longer on the itinerary, nor is Washington State- heck, an entire week is no longer on the itinerary! Here's what we have instead: I get a week of staycation, which isn't too bad when you live on the coast of California. The second week when we should have been driving at a leisurely pace down the coast of Oregon, enjoying Tillamook cheese from the source, and staying in the ocassional yurt is now being spent in Santa Cruz, and the Pinnacles National Park.
The universe works in interesting ways sometimes. And, sometimes it knows what's better for you than you do. About a month ago a series of events transpired which led ultimately to my husband leaving his job of the last 4 years at a hotel in Morro Bay to go work for an amazing company in Paso Robles doing what he loves: which is being creative, using his art skills, and weilding an airbrush. This is a really positive change and one we've both been hoping for. The first curve ball to hit us was the timing of this new opportunity jeopardized our vacation plans. We were very fortunate that the company agreed to let him have the time off, however, we came to find out that they wouldn't let him have the entire time off. That my friends is how at the last minute we lost week 1.
Curve balls 2 & 3 came on the heels of an exhausting work week. The week before I leave for vacation (and the week I get back to work) are always double busy (as my husband would say), and I'm running on fumes by the end of the week. This time was no exception so when my first real day of vacation began (Easter Sunday) I was so excited and ready to recharge my batteries.
The day started early and I mean really early. I'm not a morning person but my husband wanted to go to Easter Mass at the Mission San Miguel which is about 30 minutes away from our house for the 9am service. Not too bad except I needed to start our roast in the crock pot and get myself looking nice for the service. Even with a generous spritzing of perfume I still caught whiffs of the pot roast smell in my hair while in the pew, I wonder if anyone else caught that around me? Day 1 of vacation and I was up with the sun, literally; browning meat, peeling carrots, and changing my outfit 3 times. Not how I planned to start it, but not an awful way to start it either. 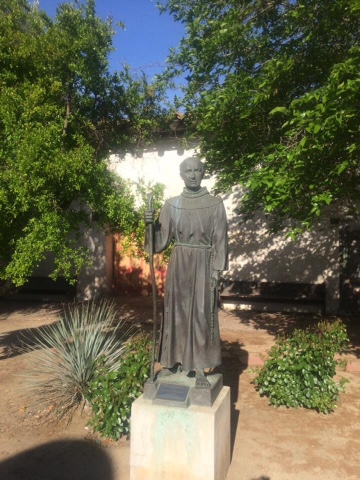 Father Junípero Serra, founder of the first 9 (out of 21) missions in California 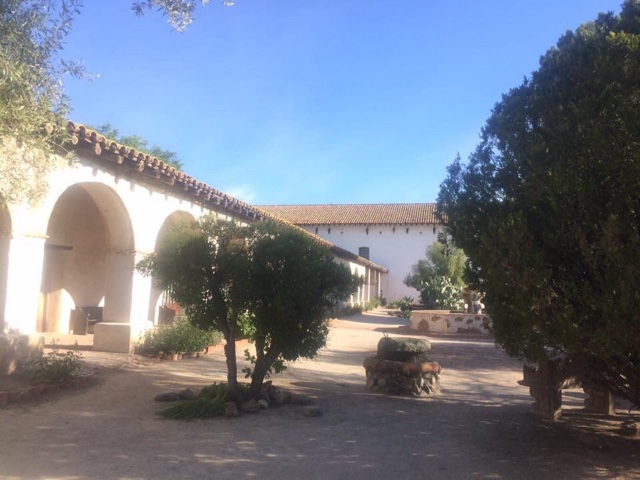 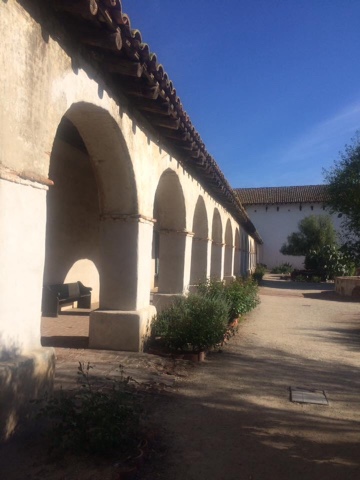 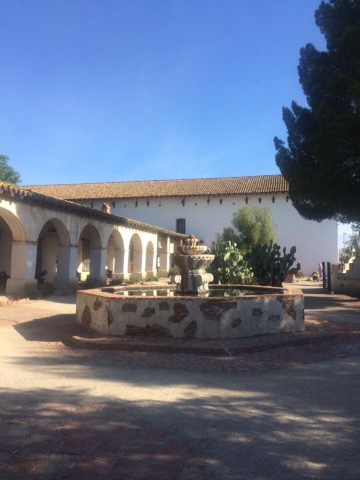 Even though it was an early start it was a really lovely day and I thought it was perhaps a precursor to what I now knew was the staycation part of my vacation. Enter maniacal laughter from the universe. Exactly one day after spending not a small sum on getting my car serviced in preparation for our road trip, a window in my car decided to give up the ghost and had to be duct taped in place to prevent it falling in to the door frame. I've experienced this twice before with my old car so I didn't fret too much and made an appointment to have it fixed on day two of my vacation. Another really early morning, this time accompanied by light rain. I didn't arrange to be picked up from the shop because I naively thought the repair woudn't take long and I could just wait for it- remember I've been through this same thing twice before. Well curve ball two came roaring towards me at this point, not only was it not going to be a quick repair that I could just wait around for, they were going to have my car for THREE days. Oh and to rub salt in the wound I'd have to walk 2 miles in the rain to my husband's new work to get a ride home. Reason number 2 that we had to abandon our road trip plans- no car equals no road trip.
Curve ball number 3 that practically sealed the deal and put the last nail in the coffin of our vacation? The phone call with the price of said repair. Over the last 7 days I've spent a dollar amount that contains multiple zeros on my car, the kind of amount that ate up our accommodation budget and therefore meant that any hope that I'd had of a last minute granting of our full two week vacation from my husband's work didn't matter. We could no longer afford it. Hammer meet nail.
Drumroll please, if you will... The last slap from the universe and perhaps the one that hurt the most: the flu decided to visit Casa Grantham 2 days before we were due to leave! Daniel got it worse than me. He was laid up in bed with a fever for two days and developed a rash from the virus on day 2 which was mighty scary to see. I was so nervous that we'd have to cancel our week two plans but he rallied. As I sit in our hotel room in Santa Cruz going through countless tissues, Daniel is fast asleep trying his best to fully recover. I've been very, very fortunate to have been able to keep the full force of it at bay and I'm hoping my immune system does me a solid and keeps it that way.
What was supposed to be the start of another travel blog is starting off a little different. I'm very fortunate to have had a full week to myself,  but we've now left our zip code and it's time for the real vacation to begin!
* * *
Super random side note: this gorgeous plant is in the parking lot of Trader Joes in Paso. Does anyone know what it is? It looks like a succulent. I'm on the hunt for one... 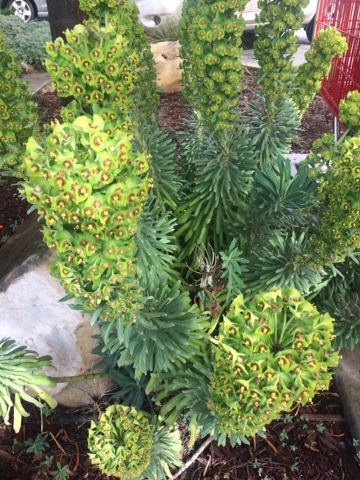