Our Own Mini Super Bloom

Being housebound can have it's perks I suppose. As I mentioned in my previous post my car was at the mechanics unexpectedly for 3 whole days leaving me without transportation. It forced me to stick around home base. I decided to take a leisurely walk each day, one of those days in the rain. I made it my mission to document each different wildflower that I came upon, because after our active rainy season I was seeing flowers bloom that I hadn't seen for years and might not see again for quite some time.
Nature is the soul's balm and as cheesy as it sounds can heal or at least quiet the mind if you let it. I thought I'd be in the wilds of an Oregon forest but instead I was in my own backyard which, lets be honest is pretty darn beautiful and isn't such a shabby runner up. 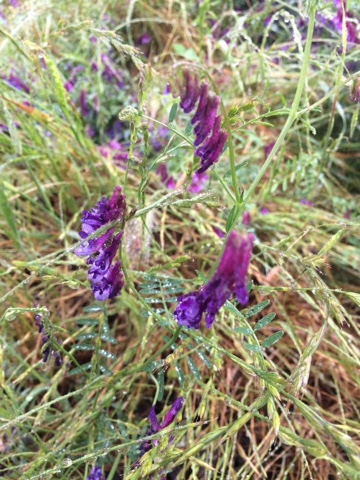 1. Tufted Vetch (member of the pea and clover family) 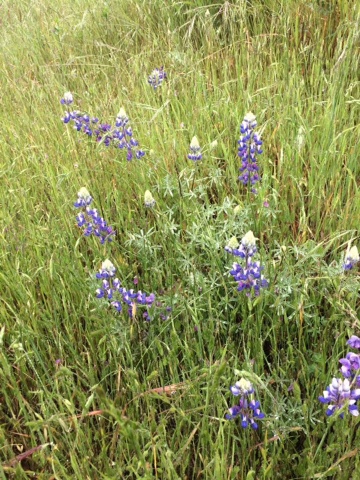 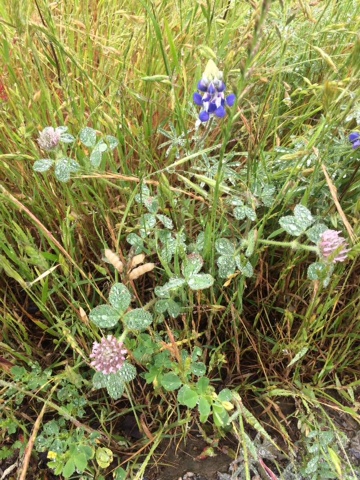 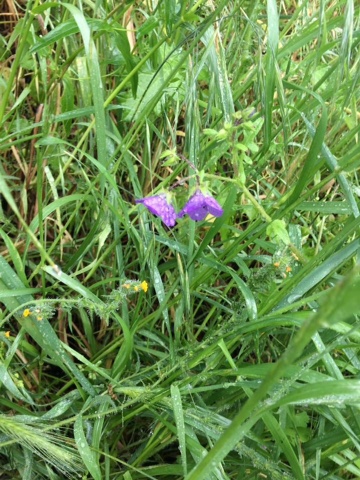 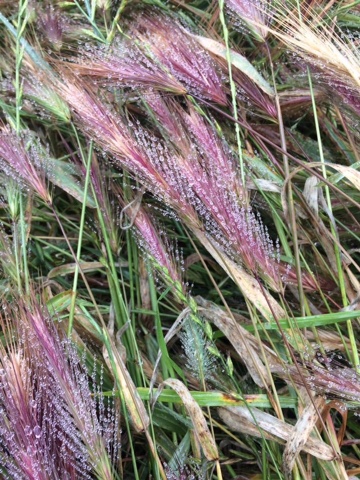 5. Hordium murinum- Hare Barley (foxtail grass), so pretty with water droplets but going to be scary for the dog when dry. 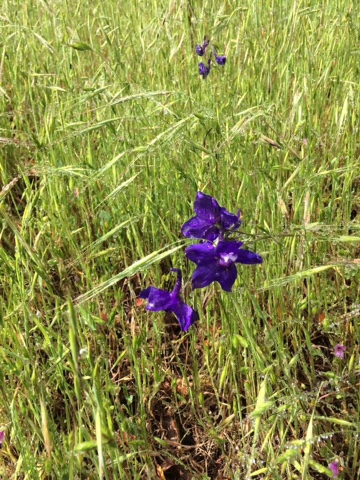 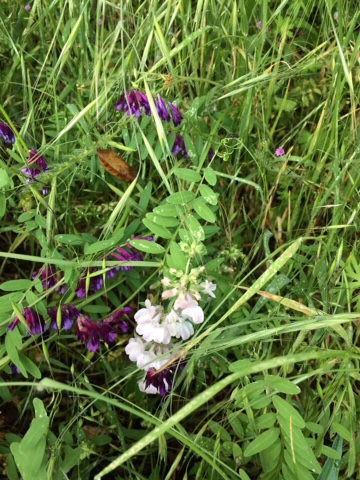 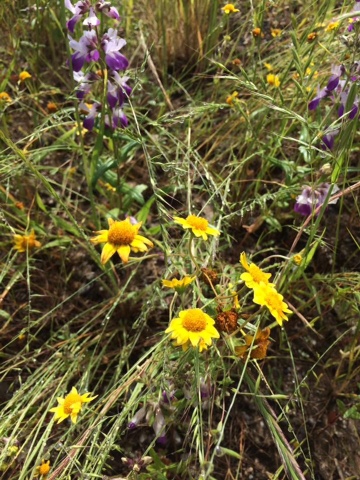 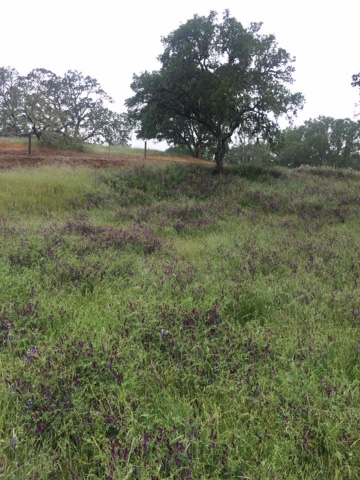 A hillside of Tufted Vetch. 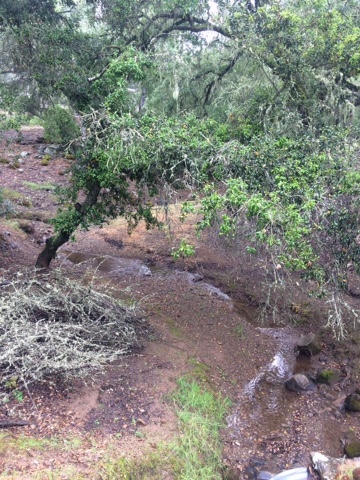 There used to be cows in this field and then someone bought it and built a house. This is the only reminder of what it once was. 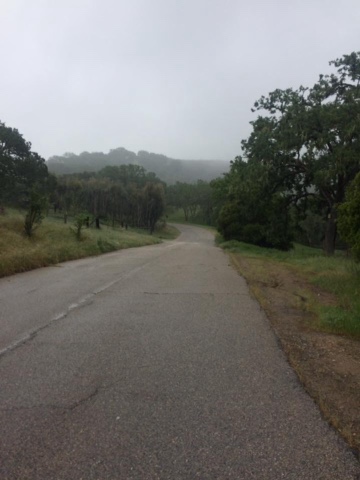 My walking companion and the lake near our house. 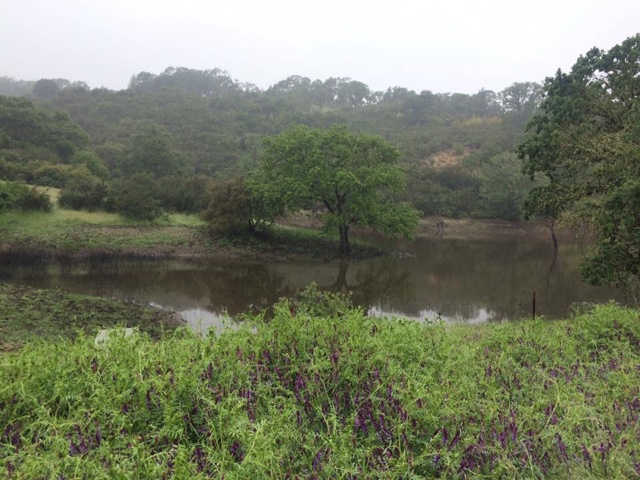 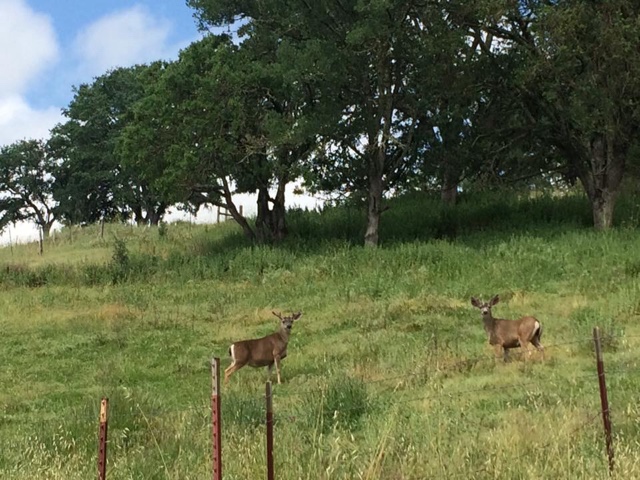 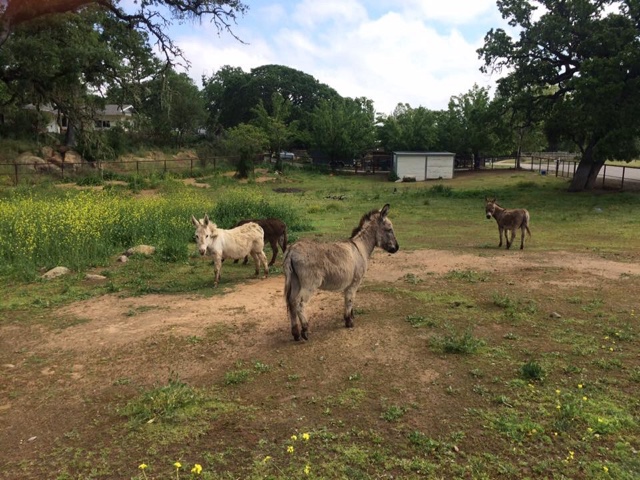