The Civil Wars- Music Legends In The Making 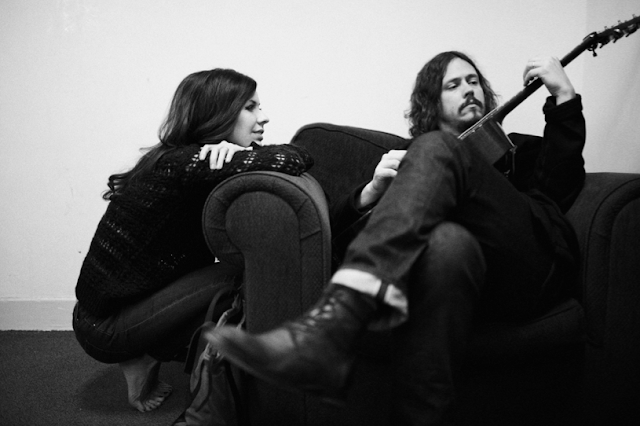 Will The Civil Wars new self titled album go the way of Fleetwood Mac's Rumours? An album that makes music history and chronicles a breakdown that's heartbreaking and beautiful at the same time. I'm truly hoping it will not be their swan song but it just might become music legend. While this duo is talented apart from one another, together they make magic. I've never heard two voices so meant to be twined together- it reminds me of two feathers twisting and floating together on the wind, each separate but traveling on the same journey in sync.

For those of you who don't know,  the duo is on an indefinite hiatus- meaning they don't know if they will ever get back together musically. They cancelled their European tour in the middle of it, refunding the fan's money and stating that due to differences in ambition and mutual tension they were no more- at least for now. You can speculate, and many are, that they were romantically involved which caused their split as musicians. Both members are married with children and while I don't think they actually had a romantic relationship with one another, they certainly have or had a deep emotional connection through their music. One only has to watch them sing to see the intimacy. They sing close and to each other.

I pre-ordered the album and have been listening to it pretty much non-stop since I downloaded it. Joy Williams said in an interview earlier this year that if we wanted to know what happened to the duo you only had to listen to this latest album. Well I'm listening and boy, things are even murkier than before. It sure sounds to me like there was some sort of romantic longing between to the two. Whether that is true or not, it's a superb album, with their folk/americana harmonies ever present and just as spellbinding as Barton Hollow. As Joy says, "The things we couldn't say to each other, we could put into a song."

It's heartfelt, and sometimes brutal. And very much worth a listen.

Labels: barton hollow john paul white joy williams love music Reviews romance the civil wars the one that got away