As I've mentioned in some recent posts, I'm finally able to exercise regularly again. I've decided to dust off the old Couch to 5K app, as well as my trusty juicer for a nutritional jolt straight to the system! I never strayed too far off the path of health but I also didn't NOT stray, if you know what I mean. I need to intravenously put kale and spinach into my system, flush out those few instances of oh say- pizza and scones- whoops! (I did mention in my Retail Therapy post that I was doing some "food therapy" as well)

Let's talk about how sore you get after getting off of your booty after 2 months of little more than gentle walking- whew, I forgot what that feels like! I'm also remembering that it feels just a little bit good to be sore! It's going to be time to bust out my Bob Harper dvds and say hello pretty soon, but for now I'm really enjoying exercising outdoors. 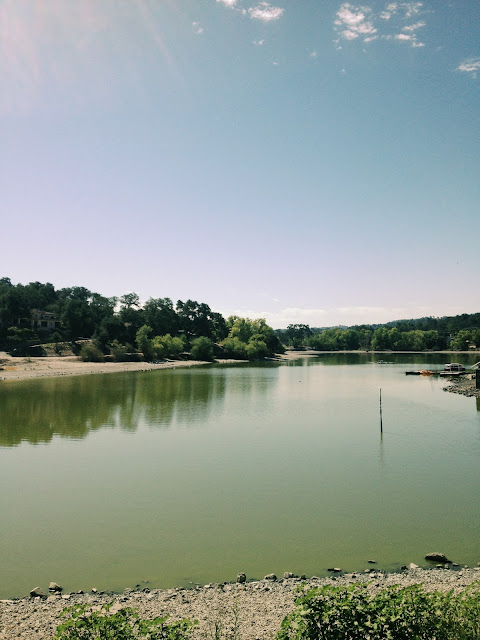 My preferred place of torture! I might have mentioned this before, but my main outdoor area of exercise is my local lake/park. It has a nice walking/jogging path that circles the lake, with three exercise/stretching/torture stations along the way. I like to utilize this path because I know the exact distance around and I can see the end in sight! 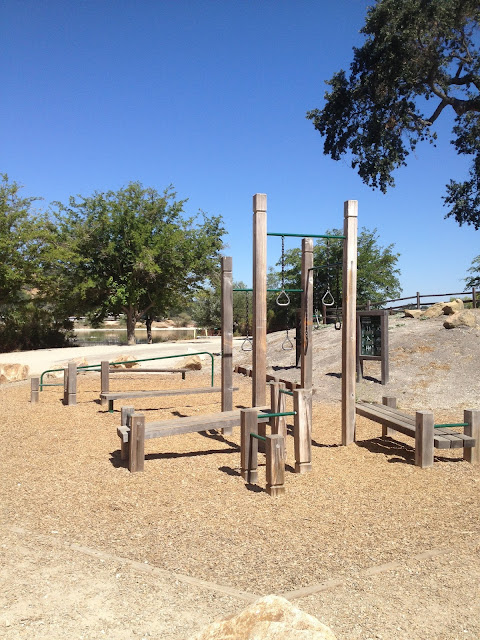 I'd love to say I use the above station to do pull ups and wow everyone with my sit up skills- but I only use it to stretch and fish rocks out of my shoes. It's a shame because I don't see them used that often, but it's pretty cool when I do see someone use it properly- it's impressive what some people can do. Someday perhaps, I'll be jumping back and forth over that green bar. 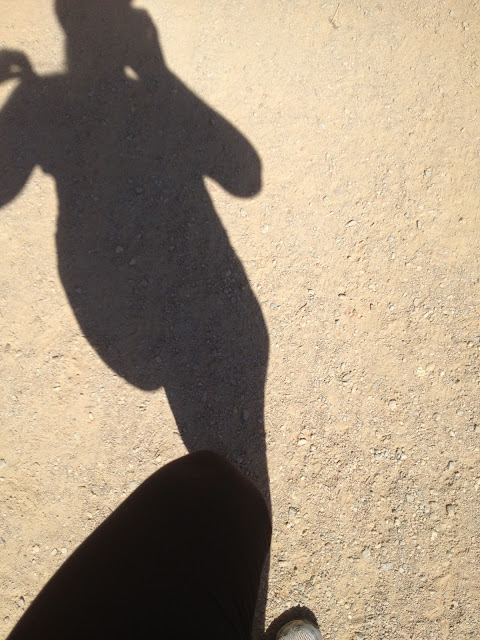 Just when I feel really great about just walking, that darn coach from Couch to 5K comes on and says "Let's jog" in such a cheerful way and I feel guilty if I ignore her. So I jog and think to myself, "Is it normal to jiggle so much?" and "Isn't shortness of breath a sign of a heart attack?" and then mercifully she tells me I get to walk again and I forget all about the heart attack I was just having.

When I'm all done and my half hour is in the bag I'm pretty grateful to Constance, my chosen Couch to 5K coach- she keeps me in line and tries her hardest to keep me motivated and I don't even think she minds when I can't help but bust out a dance move or two when the feeling overcomes me- how on earth can you not shake your moneymaker a little bit to Blurred Lines? Mmmm hmm, I just admitted it.

Best way to replenish after all of that? 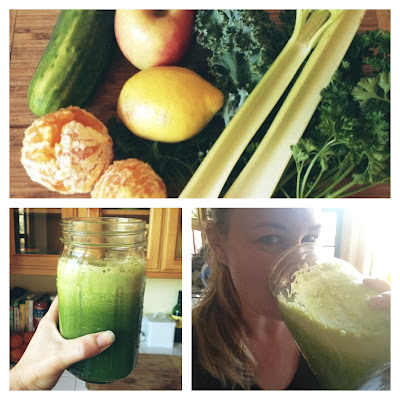