Our next stop was the Cotswolds. Ironically this was the part of our trip that I was most looking forward to and was pumped about- and it ended up being the day I was most "meh" about. Just goes to show, expectations can ruin a place. The Cotswolds have such a glowing reputation, and granted it is a beautiful area but personally I think it was highly overrated. But, arriving I didn't have these opinions yet- I was waiting to be wowed.
We drove through the town of Cirencester, intending to stop and eat our packed lunch. Let me tell you, that town was jam packed in terms of parking so we ended up parking on a road leading out of town and had a little car picnic. To be honest it was lovely, because just about everywhere you find yourself in the English countryside is beautiful. With sandwiches eaten we made our way through back country roads to the Cotswolds town of Burford. 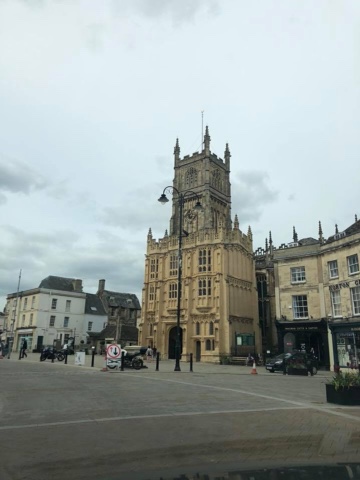 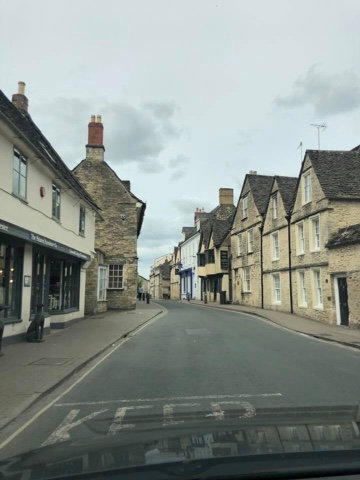 Cirencester
Burford, known as the "gateway to the Cotswolds" has a population of just 1,400 and is positively bursting at the seams with tourists. Sitting on the River Windrush the medieval town of Burford was named sixth on Forbes list for the top ten Idyllic European Places. Originally an Anglo Saxon ford, it later grew to be an important regional crossroads and wealthy wool town. 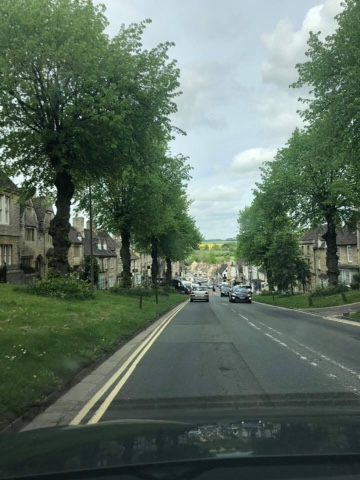 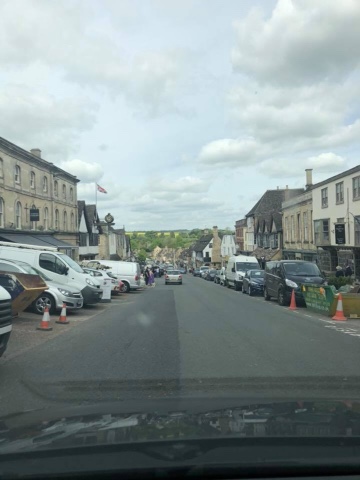 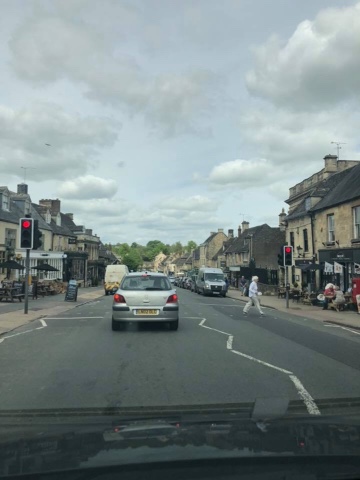 We parked our car in the free Burford Car Park situated by the River Windrush and walked to the High Street. I'm not going to lie, Burford is beautiful but I wouldn't want to live there. I don't know how the residents handle the constant barrage of people coming into their tiny town. Cars were parked everywhere, at every angle. Cottages on side streets were in rows, tightly packed together, gardens overflowing into their neighboring doorways- it was claustrophobic. If the town didn't have so many people and cars roaming about it would have been lovely and I would have wanted to put down stakes. 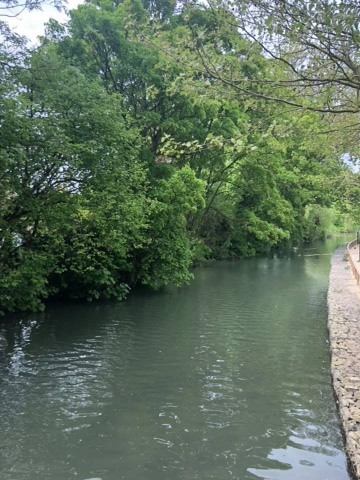 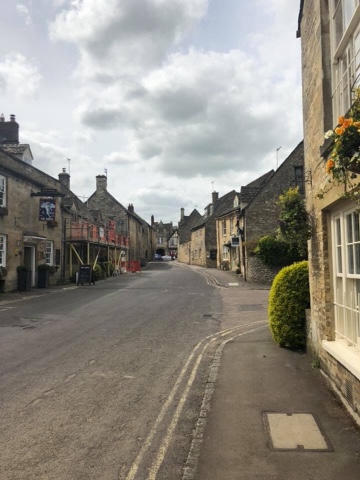 We wandered along the picturesque High Street and found a place to have tea and treats. One of my fondest memories from our last trip was having a tea and cake in Buxton, so I was looking forward to sitting in a tea room and spending way too much money on tea. $15 later and we sat at a table by the window with two cups of steaming milky tea and seriously decadent treats. I got the maple roasted peanut butter brownie and Daniel got the Sicilian lemon drizzle cake. I'm just going to say it- hands down the best lemon drizzle cake I've ever had. It was so fresh and bright tasting, definitely real lemon! The brownie was good but the lemon cake was better. 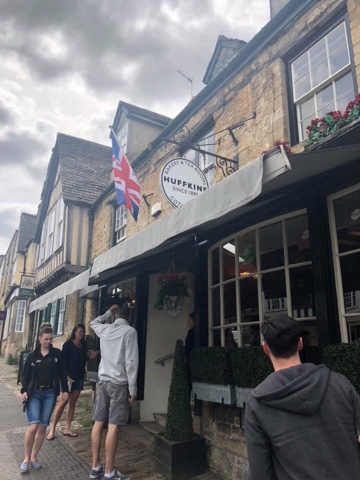 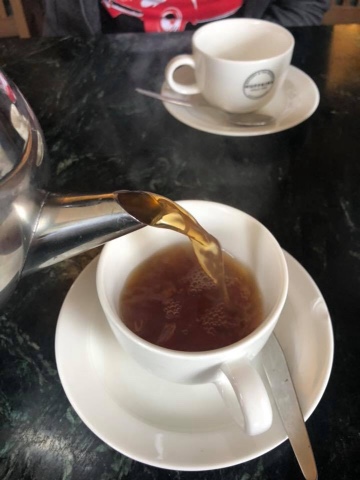 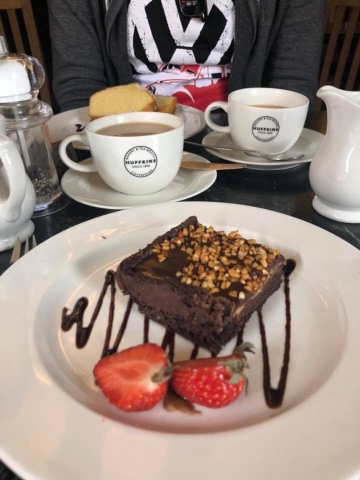 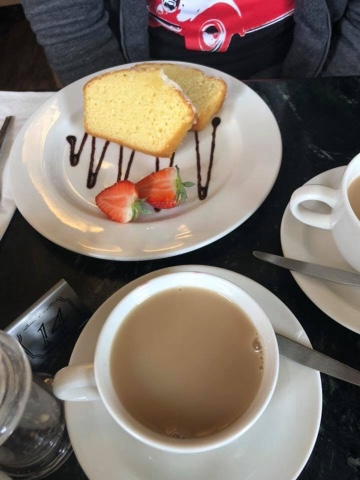 We finished our tea and walked back along the road and down a little side street to the church of St. John the Baptist and back to our car. We had a date with a glamping pod in a tiny village in the middle of the Cotswolds and I couldn't wait! 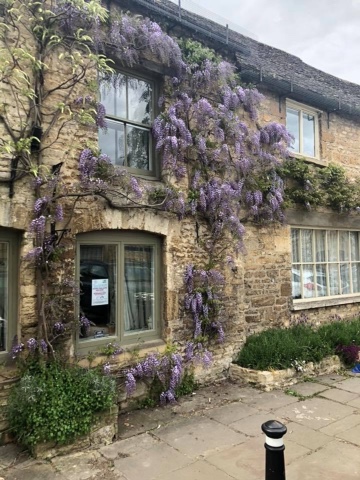 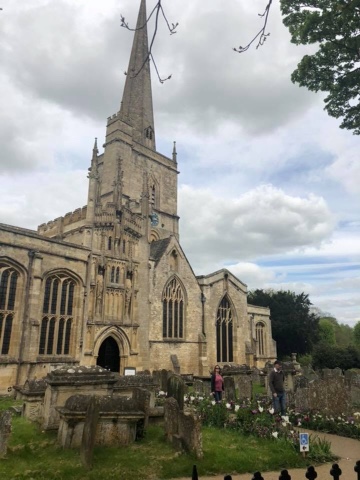 St. John the Baptist Church, Burford
We decided to take a quick detour to Stratford upon Avon (yep, Shakespear's Stratford) for some glamping pod essentials before we wound through the countryside to find our little village. There isn't much for me to write about Stratford upon Avon, we paid entirely too much to park, got a quick coffee and grabbed some reading and sketching essentials in a WH Smith. 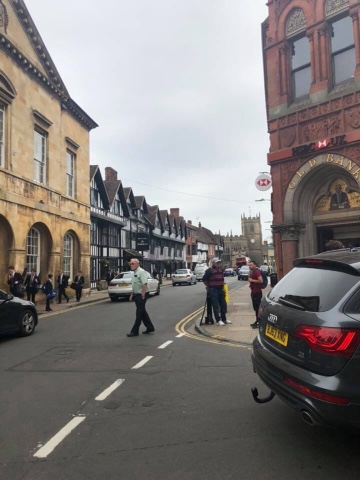 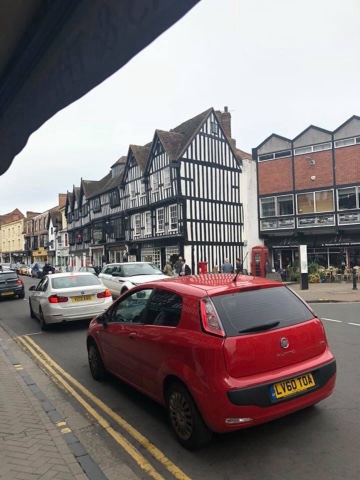 Stratford Upon Avon
The glamping pods were located in Whichford, a small village in Warwickshire with a population under 300. We punched our destination into the GPS and enjoyed the green rolling hills around us. The GPS is a great device when it works correctly, which it does about 95% of the time. We updated all of the maps about 2 days before we left on this trip, hoping that would make that percentage higher. Unfortunately our trusty GPS didn't quite get the coordinates for The Norman Knight correct. You'll never know confusion like when your GPS announces that you have reached your destination when you clearly have not. There we were down someone's private drive with the the tom tom insisting that we were at our destination. Thank goodness Whichford is a tiny place with one main road or we might not have found our accommodation for the night. We had pre-booke and pre-paid for our glamping pod which is located behind The Norman Knight pub, the only business we could see in Whichford. It was with much relief that we happened on the pub with our GPS telling us to turn around. We pulled into the gravel parking area and Daniel went in to check in. I stayed in the car because I was done peopling for the day. 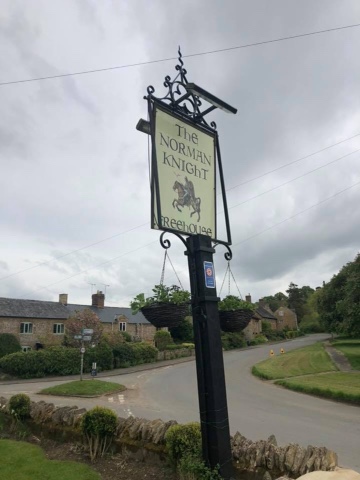 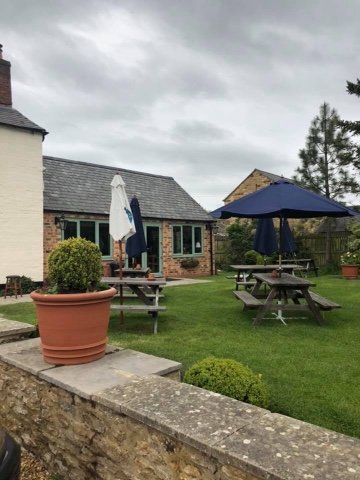 Daniel came out of the pub with a set of keys which were very much NOT for the glamping pods. I'm embarrassed to admit that I had a mini breakdown when he came back and said we were staying in the Granary and not a pod. I had been looking forward to staying in the pods- they had glowing reviews and sounded like so much fun! They look like something a Hobbit would live in and if you read my previous post about Bath, you'll know I'm a Hobbit at heart. I felt like a child who was told they were having cake for dessert and then given an apple. I'm still salty about it. The owner responded to my trip advisor review about it and said we got what we booked, but I'm 99% certain we booked one of the pods and not the Granary. Of course I can't find my email confirming our reservation so I can't prove it. I suppose it was all for the best as the Granary was lovely. The wifi wasn't working in the Granary so we were forced to disconnect and read books. The set up of the Granary proved that 2 people really don't need much space to live comfortably. It was an apartment located above what I think was a storeroom for the pub. It had a comfortable double bed, small kitchenette, seating area and bathroom. We really could have moved in and been happy with the amount of space provided. 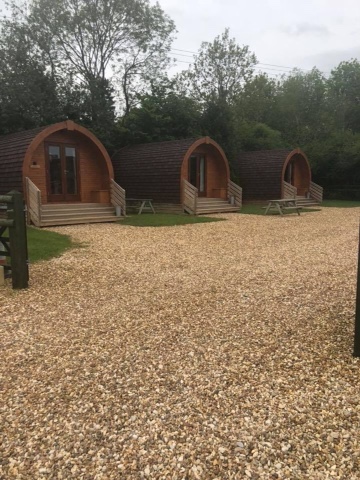 The glamping pods I wanted to stay in 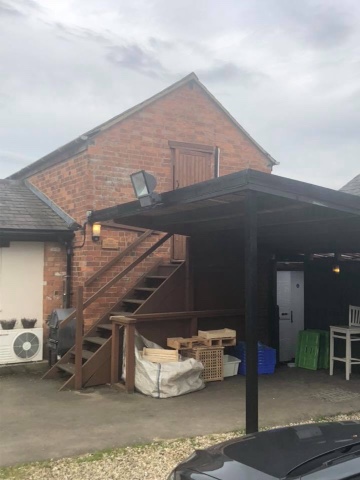 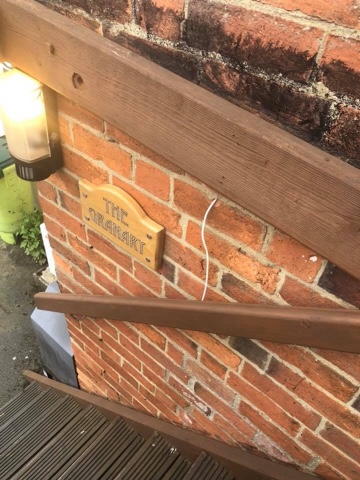 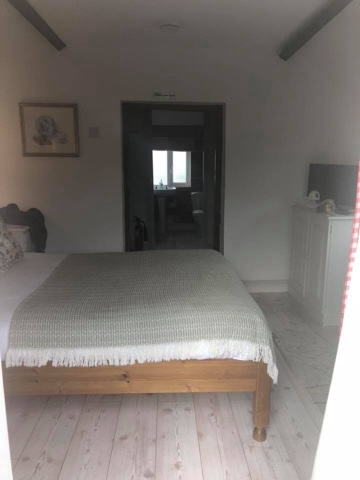 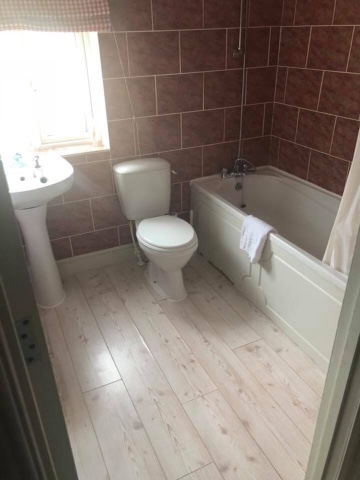 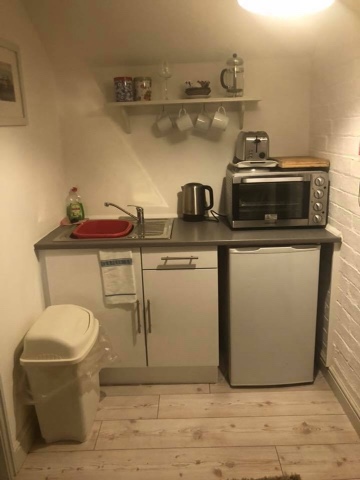 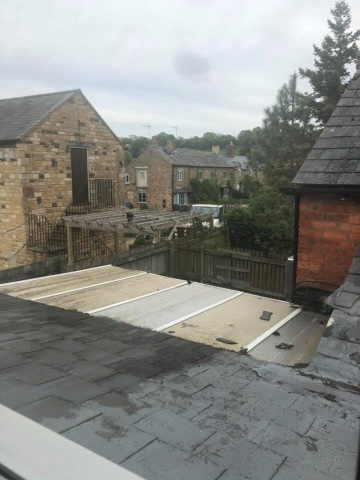 View from the window of the Granary
We went out in search of a little market to get some food for the night. Good ol' GPS took us to The Village Shop in the village of Hook Norton about 5 miles from Whichford. We picked up naughty things like crisp packets and chocolate because we are adults after all and can have potato chips and chocolate for dinner if we want to. For all of my earlier complaints I have to say it was quite nice to be sitting in the bed in the little apartment, eating salty chips, and reading a Swedish murder mystery. ` 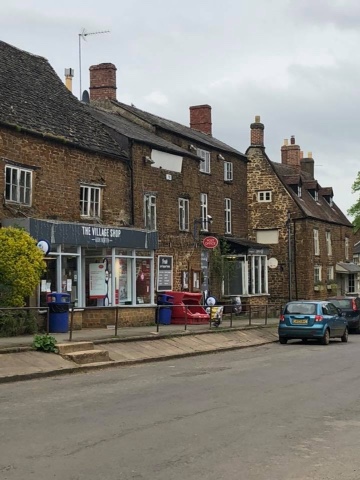