Heading further into the Peak District we relied on our trusty GPS to get us to the spa town of Buxton, 20 miles from Matlock. With the highest elevation of any market town* in England, Buxton stepped right out of my Victorian dreams. The most common architectural style of modern Buxton is late 18th century Georgian, built when it was developed by the 5th Duke of Devonshire, but there was a Victorian resurgence that arrived with the railway in 1863 that is also very evident as you wander the lovely sloping streets. 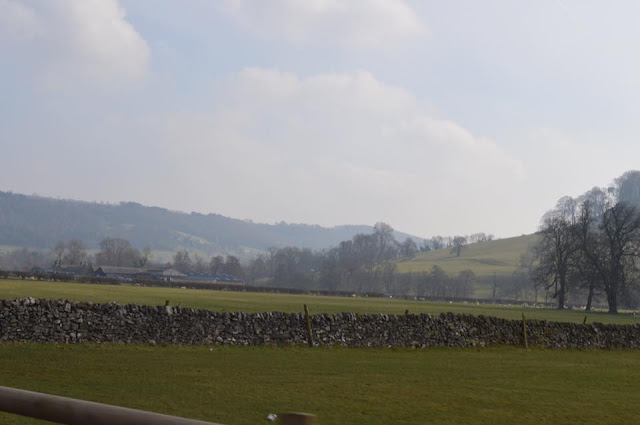 I didn't expect Buxton- it was a surprise destination- so I had no idea what awaited me when we arrived at our hotel. It's no exaggeration if I say that I was jumping up and down like a small child at everything I saw. I truly could not contain my excitement- it was like Disneyland. The first thing that blew me away was our hotel. Built in 1868, the Palace Hotel sits prominently on a hill overlooking the town. It was the real life Grand Budapest Hotel from the Wes Anderson movie. Grand, imposing, magnificent- all words that came to mind as we drove up, parked, and walked to the revolving door. I wanted to pinch myself, coming from a small town in California I never thought I'd be staying in a place like this.  Although our room wasn't ready for us when we arrived they kindly allowed up to pre-check in and leave our car there so we could start exploring. I count ourselves very lucky that we had been able to book the Palace Hotel last minute as we realized pretty quickly that the hotel was hosting the South Manchester Long Distance Walkers Association and they were full up. It made for a very lively wait when we returned an hour later to check in properly. 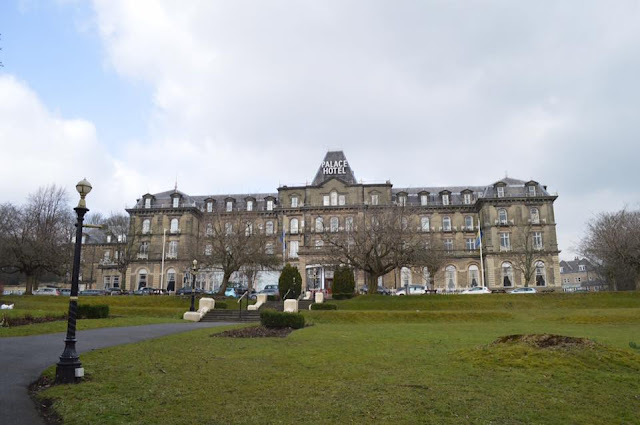 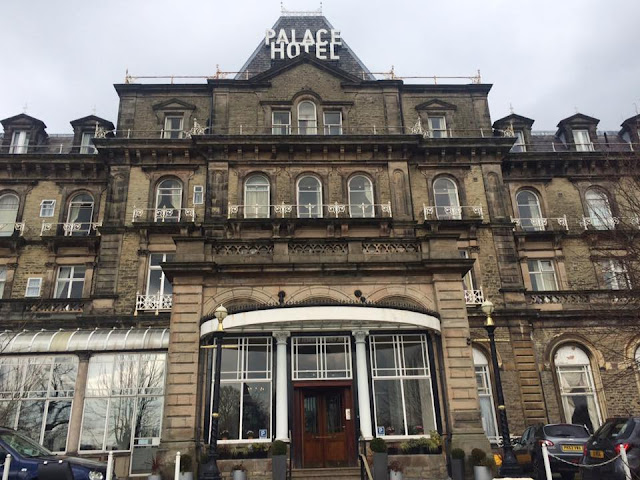 My first true view of Buxton was from the War Memorial on The Slopes, a terraced hill in the town center. What a lovely view. The War Memorial is a beautiful 26 foot high sandstone obelisk with a carving of Winged Victory that is just stunning. It seems like a nice, quiet place to sit. Directly across the street from The Slopes and the War Memorial is The Crescent. Construction on The Crescent was started in 1780 for the Fifth Duke of Devonshire, who desired to establish Buxton as a Georgian spa town. The building forms an arch of a circle with the ground floor having a beautiful covered archway. It's very impressive in person. Unfortunately for us it's under renovation so it was covered in scaffolding and construction materials so we couldn't fully take in the grandiuer of the entire structure. I researched and found that it has been unoccupied since 1992 when major structural problems were discovered. The whole property has been purchased and is slated to be reopened as a hotel, natural baths, a visitor interpretation center, a thermal mineral water spa, and shops. Works sounds as if it's had lots of starts and stops but it's due to be completed this year if all of my research is correct. Sign me up to stay there on my next visit! 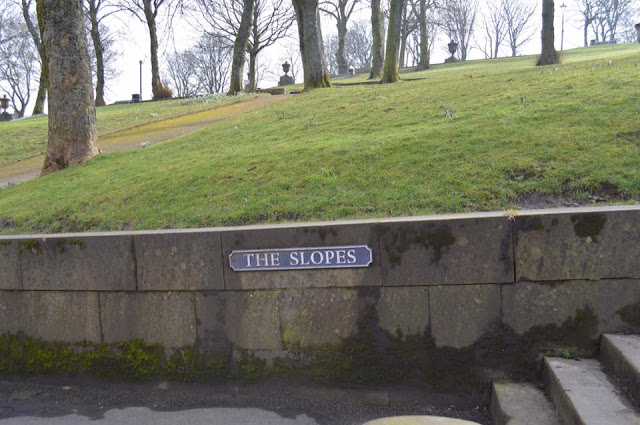 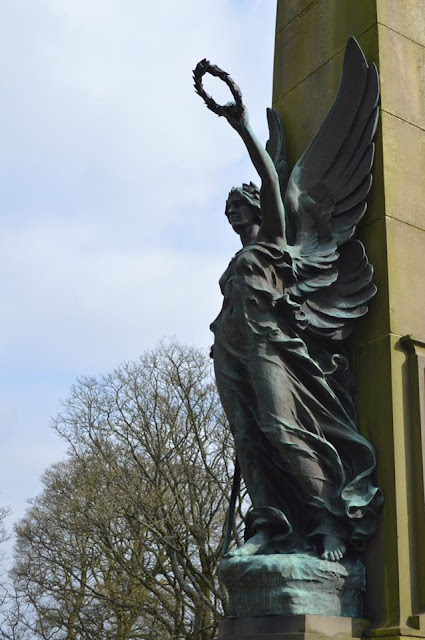 One of the truly unique things for me about Buxton is the holy well.  St Ann's Well is piped with water from a geothermal spring which is reputed to have healing properties. The current shrine with constant flowing water was put across from The Crescent in 1940 but the spring itself has been considered holy for centuries. An earlier shrine and pilgrims baths are said to have been discovered in 1781 when the foundations of the present Crescent were excavated.  I was dismayed to learn that the thermal waters that supply this sacred well are now owned by a multinational company who have bottling rights and wanted the free supply to be shut down. Thankfully the foresight of a directive from 1772 called the Buxton Enclosure Act of 1772 decrees that the Buxton people must have access to the natural spring waters, obliging the town authorities to maintain a public pump to this day. Let's hope this is always the case and the big company doens't find a way around this directive. The source of the geothermal spring that feeds St Anne's Well is located in The Natural Baths buildings (currently closed) attached to The Crescent. The Natural Baths is part of the renovation project and will be developed into a thermal mineral water spa so people can once again "take the waters" at Buxton.

At the corner of The Crescent and across from The Pavilion Gardens is the Old Hall Hotel, which at one time hosted Mary, Queen of Scots while she was "imprisoned" there in the custody of George Talbot, 6th Earl of Shrewsbury and his wife Bess of Hardwick. Mary is credited with inscribing the following couplet on a window pane that can still be seen in the window of room 26:

"Buxton, whose warm waters have made thy name famous, perchance I shall visit thee no more- Farewell."

The current building was rebuilt in 1670 by one of Bess of Hardwick's ancestors, the first Duke of Devonshire. It became a hotel in 1727 and has been used as such ever since. 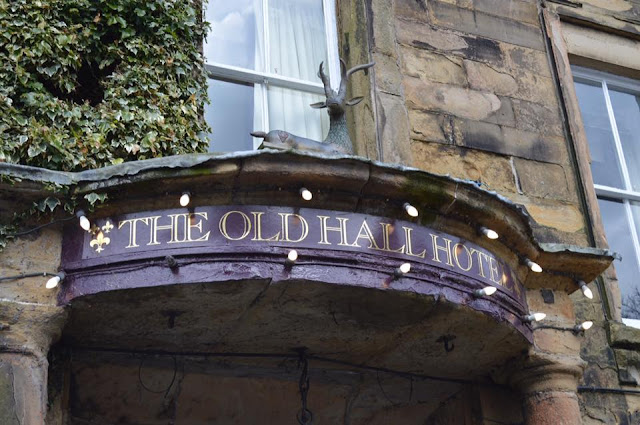 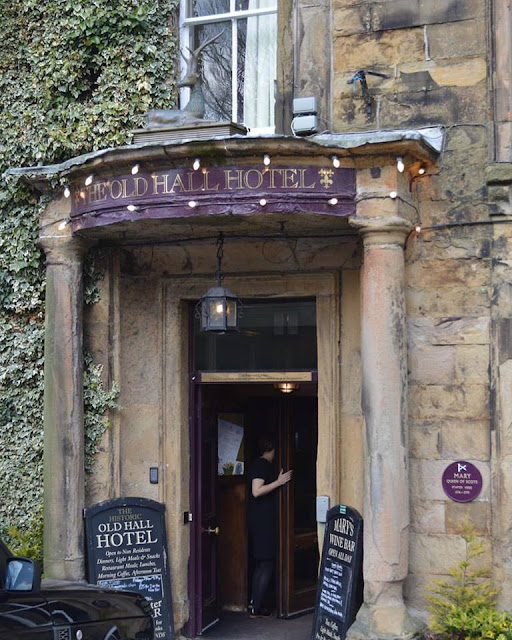 We decided at this point to indulge ourselves and step back to Regency England by having tea at No. 6 The Square Tearooms. Honestly, I was beside myself with fervor- as a history buff and an Anglophile the entire town of Buxton was giving me heart palpitations- but to sit and have a proper tea at a little table overlooking the Pavilion Gardens and the art nouveau Buxton Opera House was icing on the cake. I felt like I was living someone else's life. 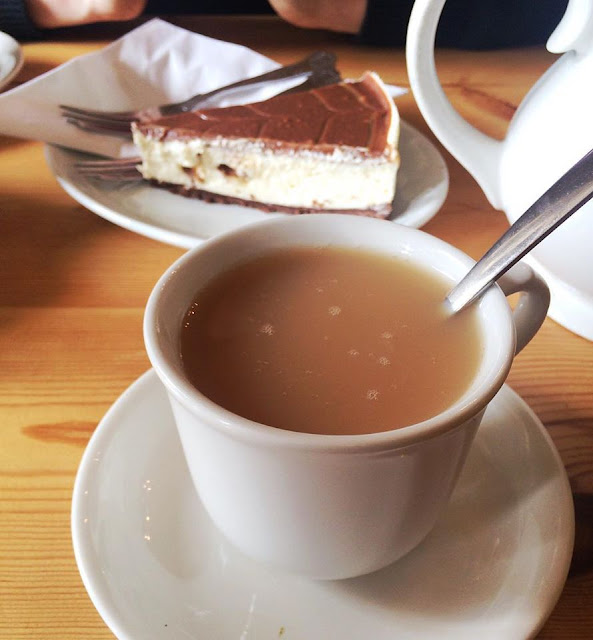 We strolled through the extensive Pavilion Gardens where I stalked an elderly couple that were just too sweet for words. I was greatly disappointed when my little idyllic daydream involving the couple was interrupted by the woman throwing her trash into a bush. I have quite a bit that I'd like to say about the English and their litter-bug ways, but I'll just put it this way,  it's like an entire nation hasn't learned to use a trash can. I was so disappointed to see the older generation contribute to the problem. So as to not ruin my day I left all thoughts of the elderly couple behind and we went and explored what we could of the Victorian glass conservatory which unfortunately was closed, but you'd better believe I pressed my face against the glass and had a good old look at the botanical gardens housed inside. 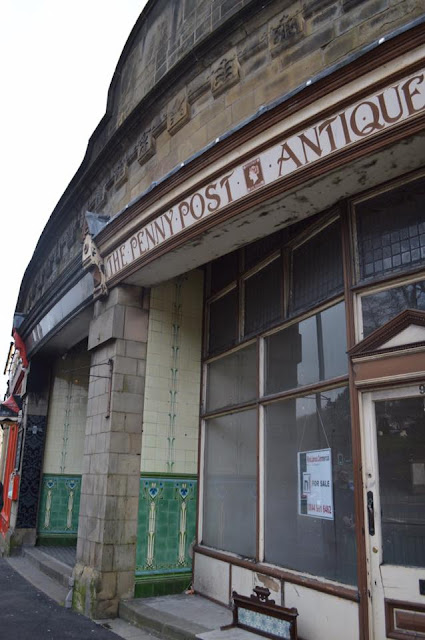 I would have happily stayed in Buxton for a few more days, it seems like there is so much more to explore, but we were short on time. I considered myself very lucky to have gotten to spend a day and night in this charming town, it was a highlight of our trip and quite possibly my favorite place we visited. I hope unlike Mary, Queen of Scots that I get to visit Buxton again and haven't said my final farewell.

*Market town is a legal term originating in the medieval period. This term gives the town the right to host markets which distinguishes it from a village or city.