The village of Scrooby, population 315, may be small but it plays a big roll in history. This unassuming little village played host to a 13th century King, a Tudor Princess, a Tyrant King, a Tudor Queen, a disgraced Cardinal, and raised a Pilgrim Father who sailed to a New World on a ship all American school children can name: the Mayflower. 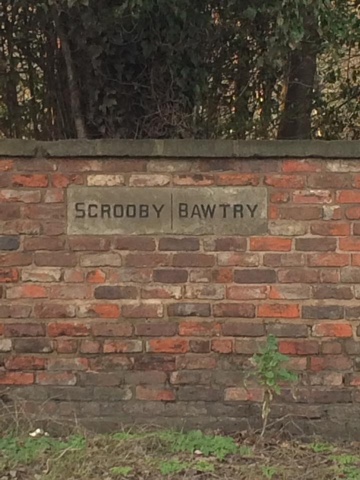 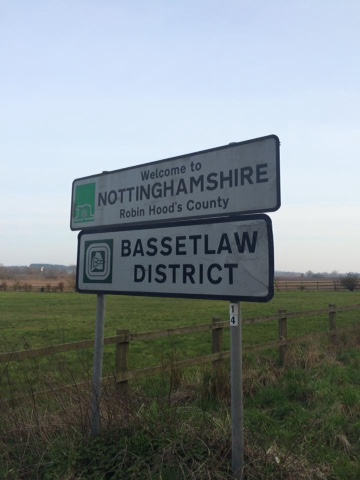 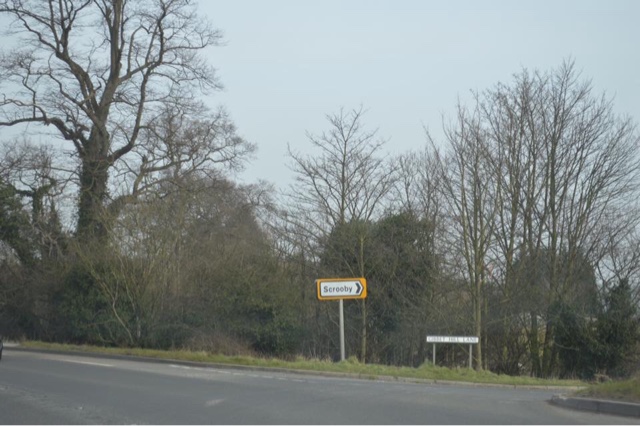 My in-laws put down roots in Scrooby last year, moving out of busy Sheffield for country living. While they don't live on a charming lane in the village proper they do technically live in Scrooby and are a few minutes walk from the village center. When we arrived at their house the first thing we did- before we even got our luggage out of the car- was go for a walk to Scrooby with my father-in-law as our guide. We passed black sheep grazing in a field, spied wild bunnies which were too quick for my camera, and  trash. 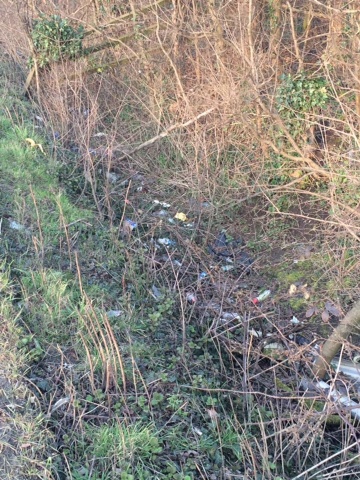 Crazy amounts of trash just strewn on the side of the road, in fields and clinging to hedges. I briefly mentioned this in a previous post but the amount of litter we saw on this trip was appalling. Some places were worse than others but no place was spared (even Windsor Castle had wrappers strewn about). I told Daniel that if we ever move to England that it will be my personal mission wherever we live to pick up rubbish and join the local chapter of Keep Britain Tidy. There was nothing that made me sadder than walking down this lovely country lane with my husband and father-in-law seeing trash littered about in hedges, all over the quaint field, and scattered in the village. It's a real shame that more pride isn't taken in where one lives, when I asked my father-in-law about the litter problem he just shrugged his shoulders as if to say, "What can you do?". A sad state of affairs if you ask me. 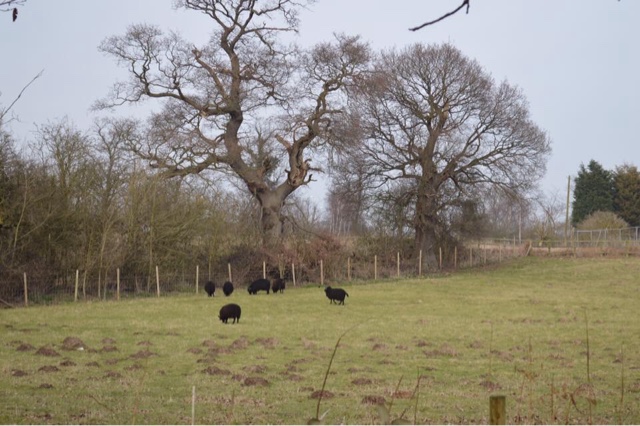 The village of Scrooby lies on what was once the Great North Road. The Great North Road was an ancient route that became the medieval main highway between London and Scotland, once used by Celts and Romans alike.  Eventually in 1658 it became a coaching route used by mail coaches as well as the ocassional highwayman (Dick Turpin and John Nevison, I'm looking at you...). The one thing you can count on in England is being surrounded by history and literally stumbling upon it. I've found out since we've been home that we were at the site of the Battle of the River Idle while on the Great North Road and had no idea. I had never even heard of the Battle of the River Idle which as a history nerd and especially an Anglophile just won't do. It was in this spot in 617 that Rædwald defeated Æthelfrith to be come the High King of Britain and quite possibly the very first King of England, both north and south of the Humber. Love knowing I was right there even if I only learned of it after the fact. 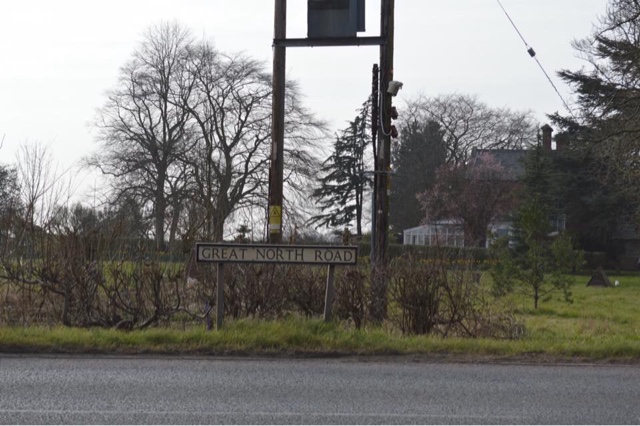 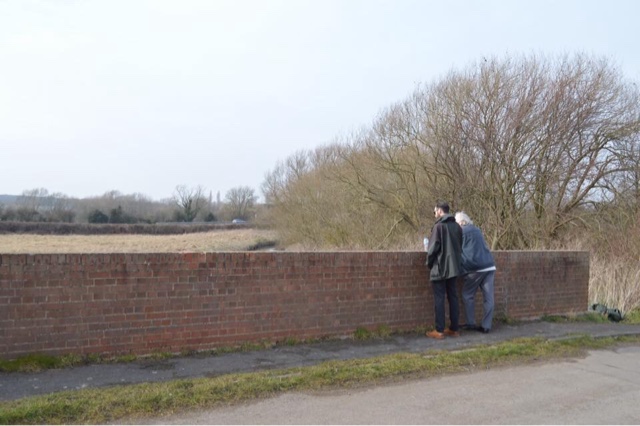 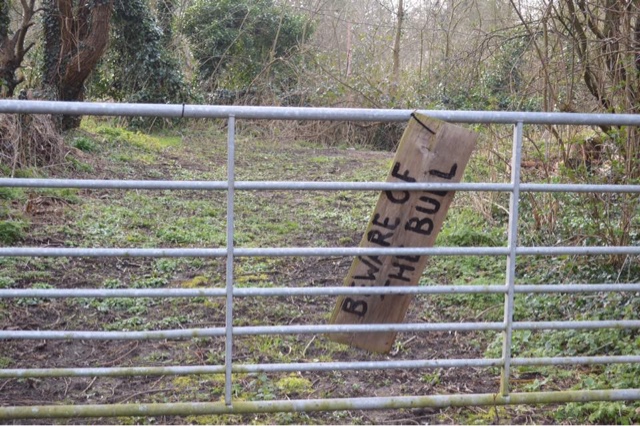 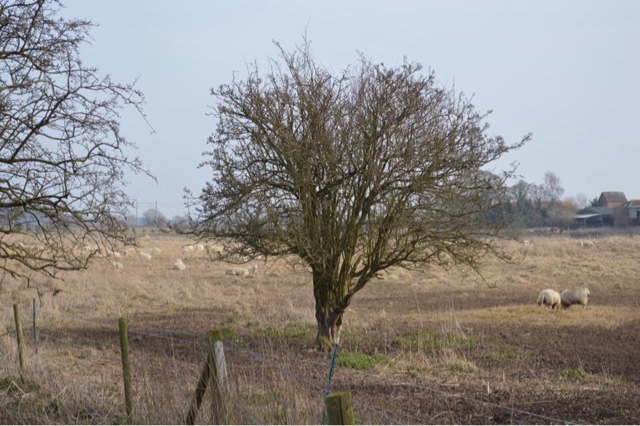 The Manor House at Scrooby- which sadly is no longer standing in it's complete form- saw nearly four and half centuries of history come through it's door and pass by it's moat. Owned by the Archbishops of York, it was first mentioned in 1207 and played host to it's first king in 1212- King John, half brother of the then Archbishoph of York. The eldest daughter of Henry VII, Margaret (sister to the infamous Henry VIII and grandmother of Mary, Queen of Scots) stopped at Scrooby on her way north to become Queen of Scotland in 1503. Cardinal Wolsey (once advisor to Henry VIII) stayed in Scrooby throughout September of 1530 while disgraced and in an exile of sorts. Henry VIII himself stayed at the Manor House and held a Privy Council there in 1541. Queen Elizabeth I would have passed this way a time or two as well.

Perhaps of most interest to Americans is the fact that Scrooby and the Manor House played a roll in our pilgrim heritage. As I mentioned in a previous post William Brewster Jr. kept popping up on this leg of the trip. William Brewster Jr., along with William Bradley, and Richard Clyfton held Seperatist meetings in the house which led to their being prosecuted for non-attendance of the established church. Eventually they tried to flee to the Netherlands but were arrested in 1607- although William was successful in 1608. He operated a printing press while in Holland which got him into trouble with the English king, forcing William into hiding and eventually led him to embark on his journey to Plymouth on the fated Mayflower.

All of this history in a tiny village. It's so unassuming you'd never realize the part it's played throughout history. I fell in love with the stone cottages and the especially the mill which is now a privately owned house. I'm guessing that it's quite rare for homes in the village to come up for sale, and if they do they must cost a small fortune. 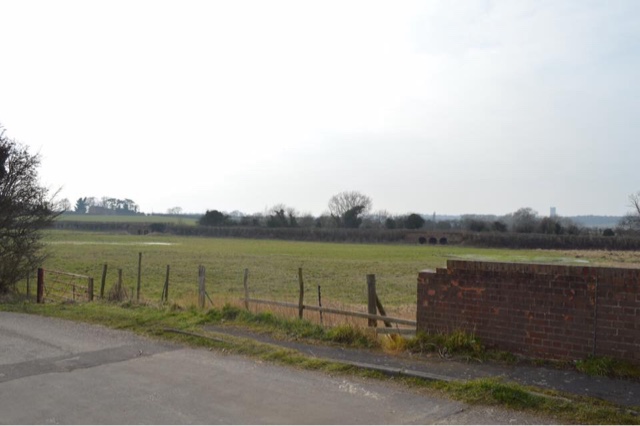 After strolling through the village we made our way back to my in-laws house which is situated on Gibbet Hill Lane, the serenity of which belies it's gruesome history. I wonder if my in-laws know they live on a lane named after a brutal crime committed in 1799? William Yeadon, the toll keeper and his mother were murdered by John Spencer a passerby who earlier in the evening had been playing cards with his victims. John Spencer was caught in the act of trying to dispose of the bodies in the River Ryton by travelers and shortly thereafter was arrested by a search party. He was executed following a trial and his body was hung in a gibbet cage just a short distance from my in-laws house. I'm glad I didn't read about that while sleeping at their house. 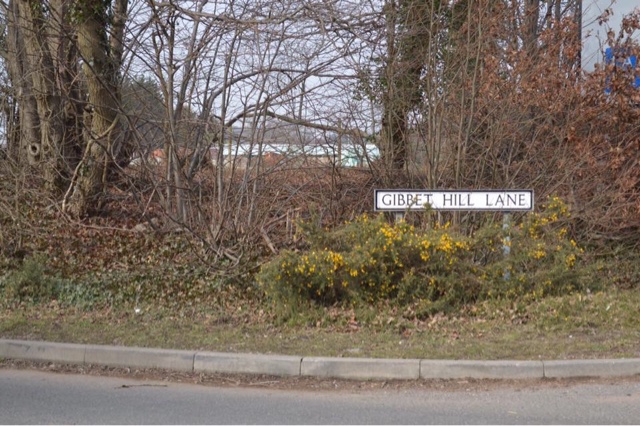 My in-laws live about a half a mile down the road from the market town of Bawtry, a once thriving river port, and stop off point for both the Great North Road and the Great Northern Railway. Bawtry was bypassed in 1965 leaving it a bit sleepy but quite charming. One of things I enjoyed most about our time with my in-laws was dining at The Ship in Bawtry.  Their local pub was friendly and cozy with the most delicious food we had our whole trip. It was nice to relax with locals and feel a part of a community for just a few days, know your way around and start to recognize places and faces. 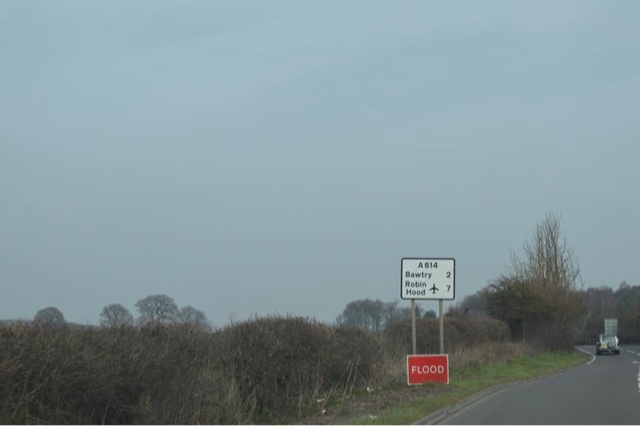 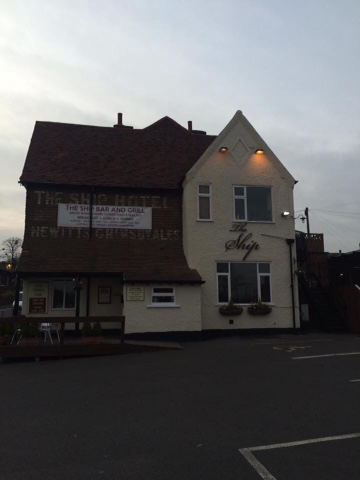 With bellies full of the best fish and chips, a side of mushy peas and a pint of hard cider we ended our first day in Scrooby/Bawtry feeling warm and relaxed.