Waking up our first morning in Derry, we were both exhausted. Our colds were getting no better and we both had a pretty sleepless night of coughing and tossing and turning. How do you make up for a crappy night's sleep? Why, an Ulster fry up! My only other fry up experiences were my trip to England and first trip to Ireland and on that trip I was only in the Republic. The Ulster fry up that Thomas, our B&B owner made for us that morning was delicious! It consisted of: a fried egg, triangles of potato bread and soda bread, half a pancake, sausage and bacon with plenty of milky tea and orange juice. Talk about fortifying! I'm very picky about how my sausage and bacon are cooked- they have to be well done or I get grossed out and Thomas cooked it perfectly! It was a great way to start what would be both a fun and adventurous day!

We set off early for our drive to Belfast. It was a freezing morning, and a little drizzly. It was interesting to cross the river to see the other side of Derry, which was definitely more Londonderry than  Derry if you know what I mean. (and if you don't: the other side is the Unionist side and in favor of staying part of the UK). It always amazed me in Ireland how quickly one can leave the city and instantly be in the countryside. One minute it was urban and the next it was green rolling hills, sheep and waterfalls on the side of the road. 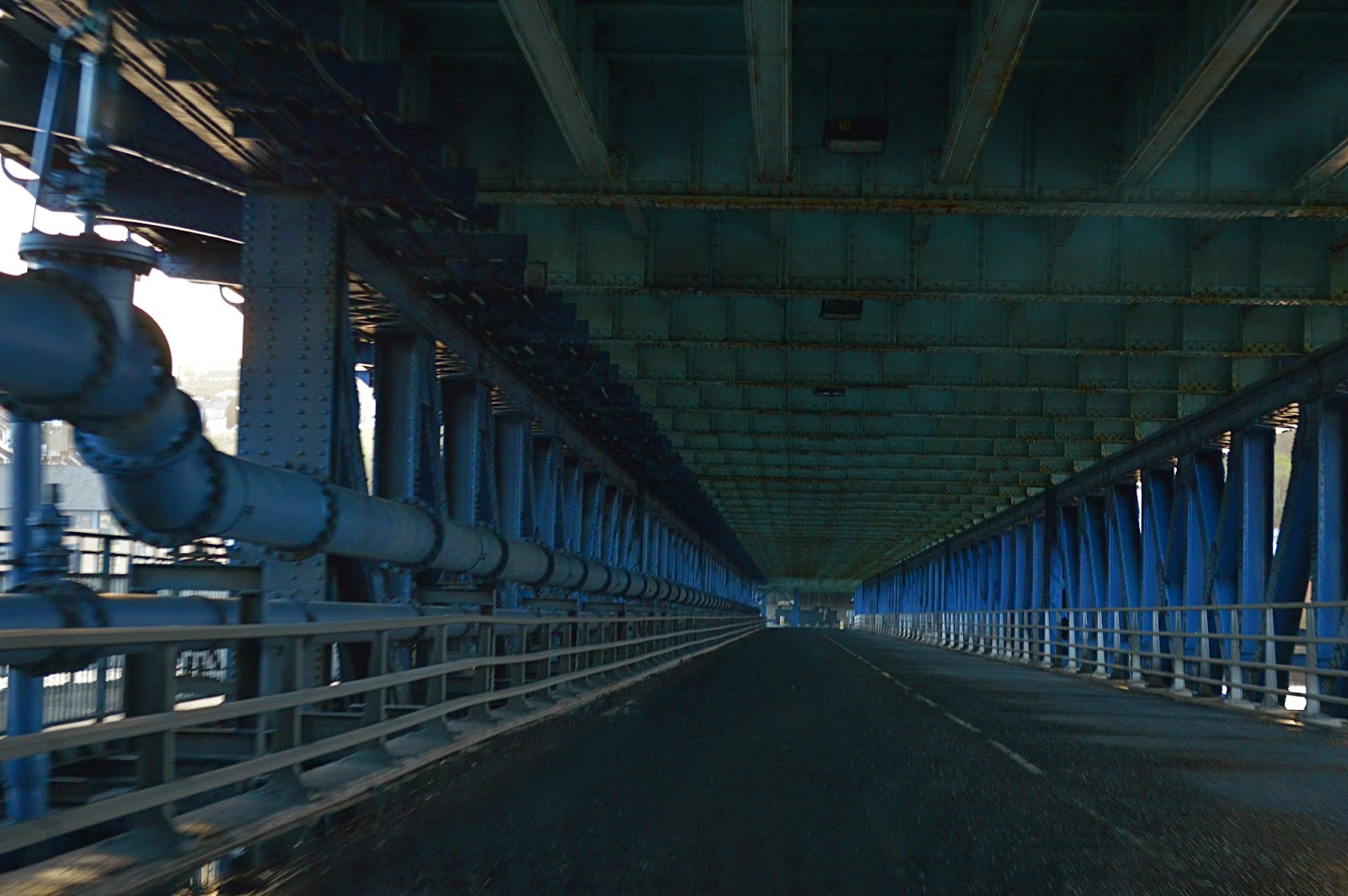 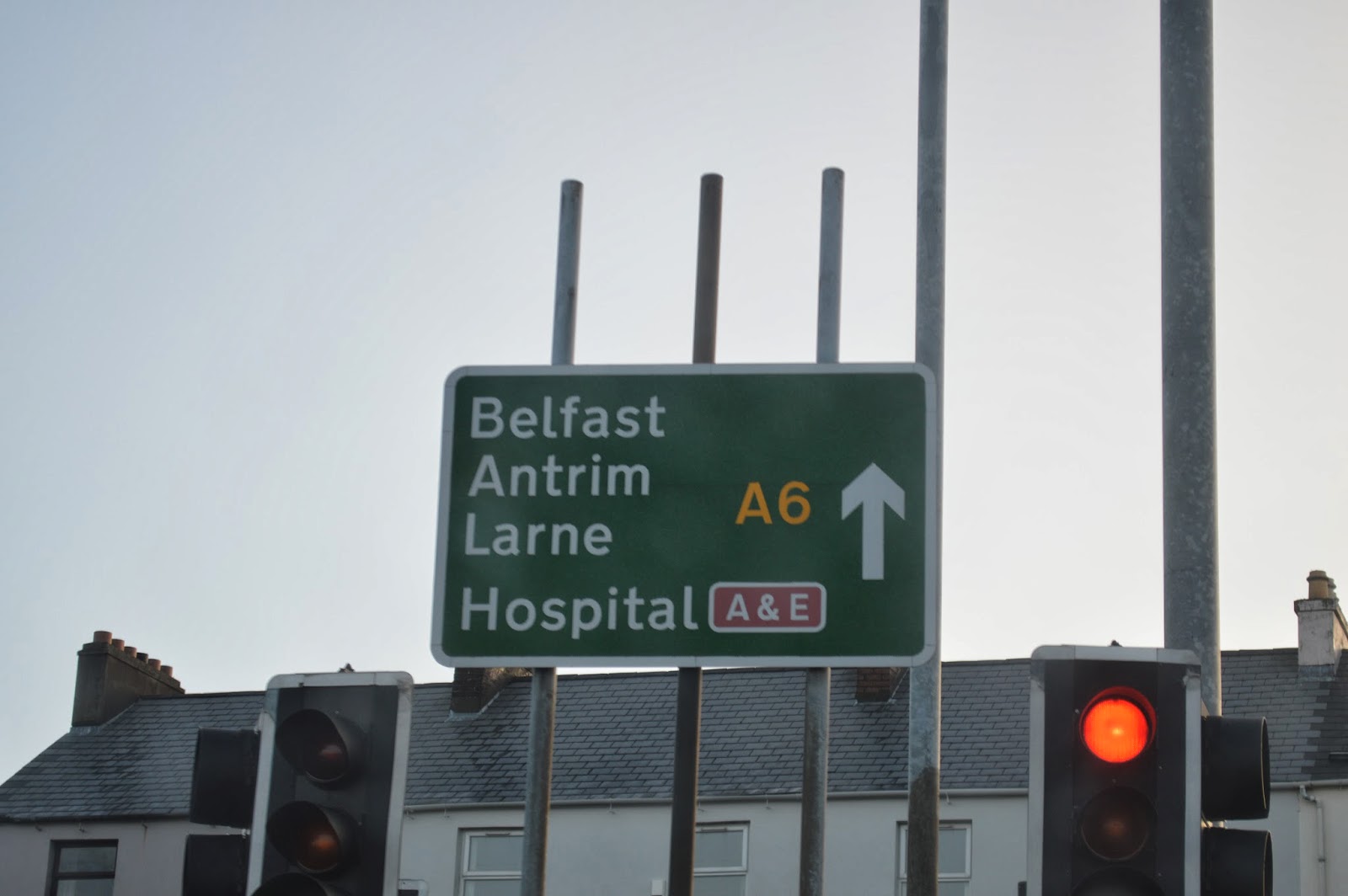 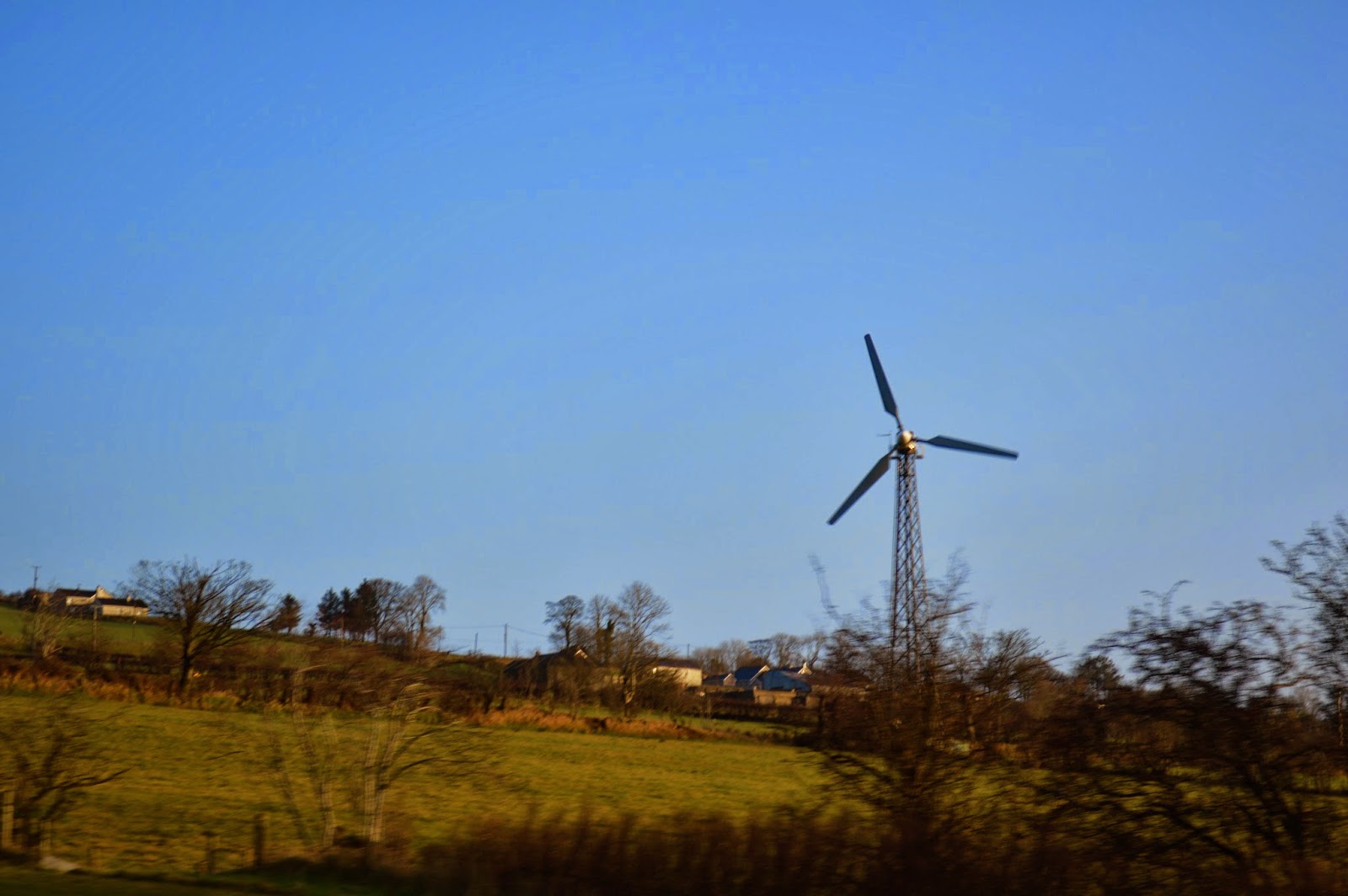 Much of the drive to Belfast was a blur to be honest. I was so tired and really anxious to get to Belfast. I had a very naive and uneducated view of Belfast- I made assumptions of what it would be like based on it's history with The Troubles. I assumed it would be like a large version of Derry- urban, a little dirty and rough around the edges. I was completely wrong. It is a big city and with that comes the normal things that all big cities have but over all Belfast was a pleasant surprise. 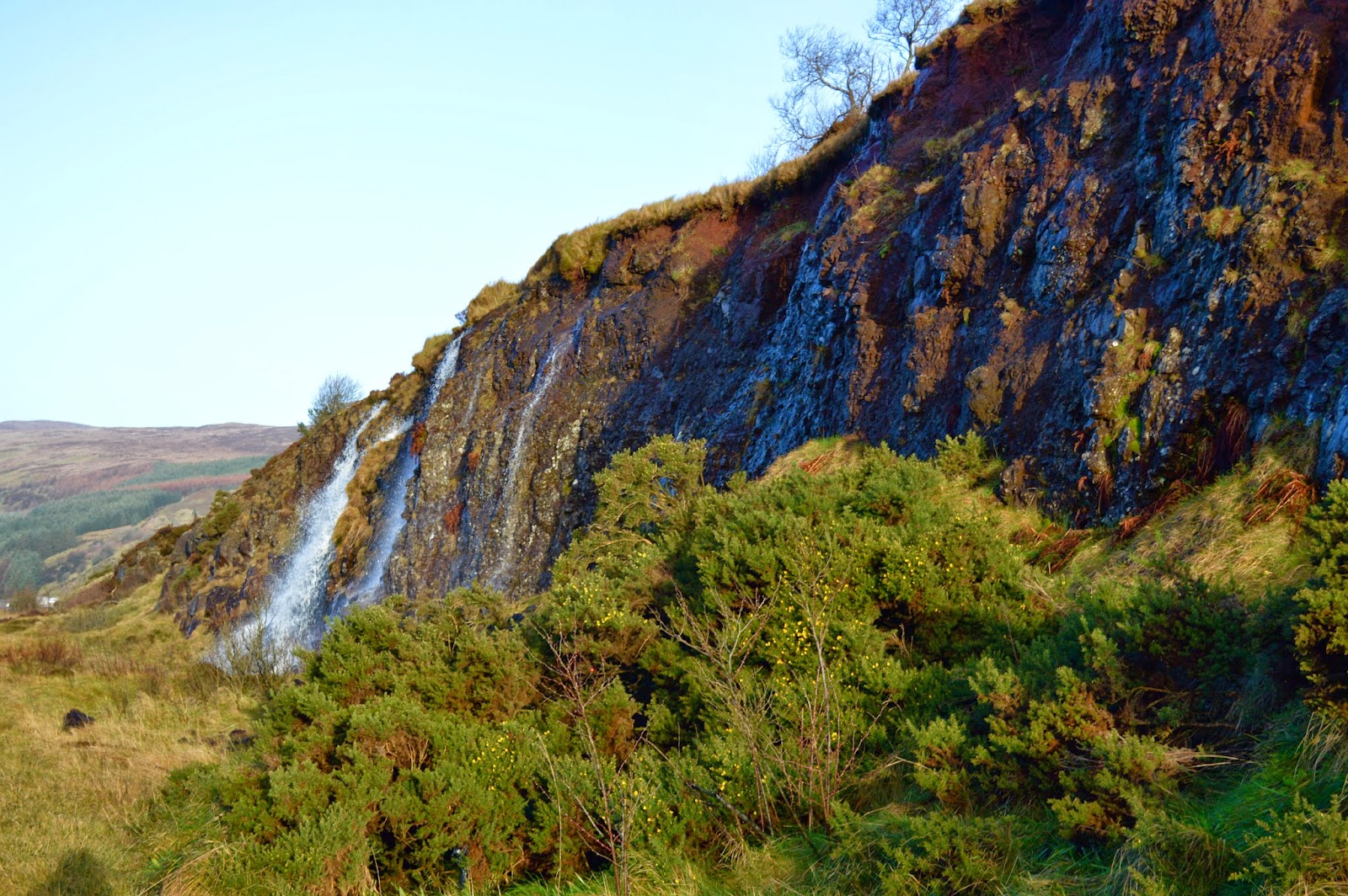 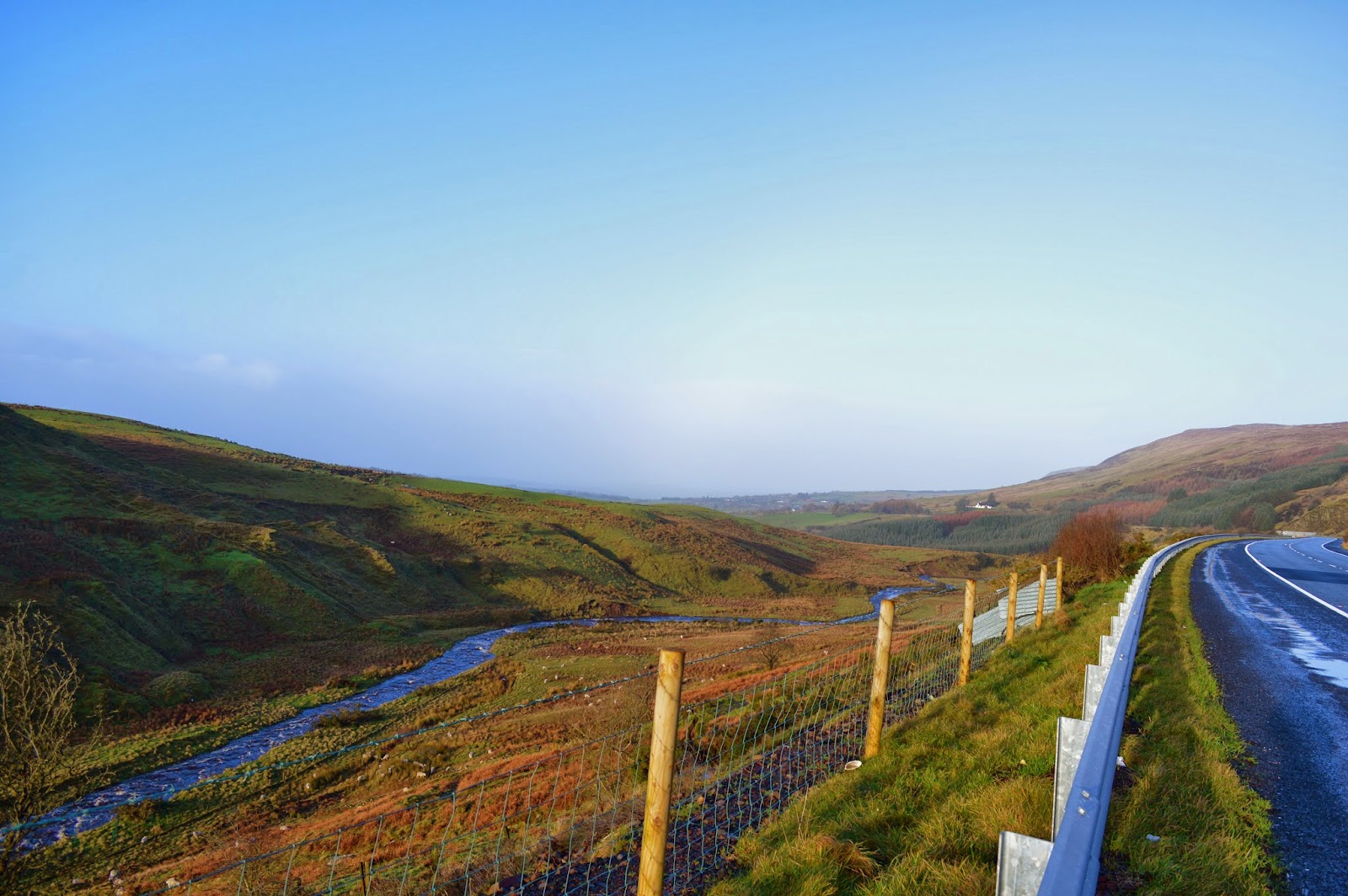 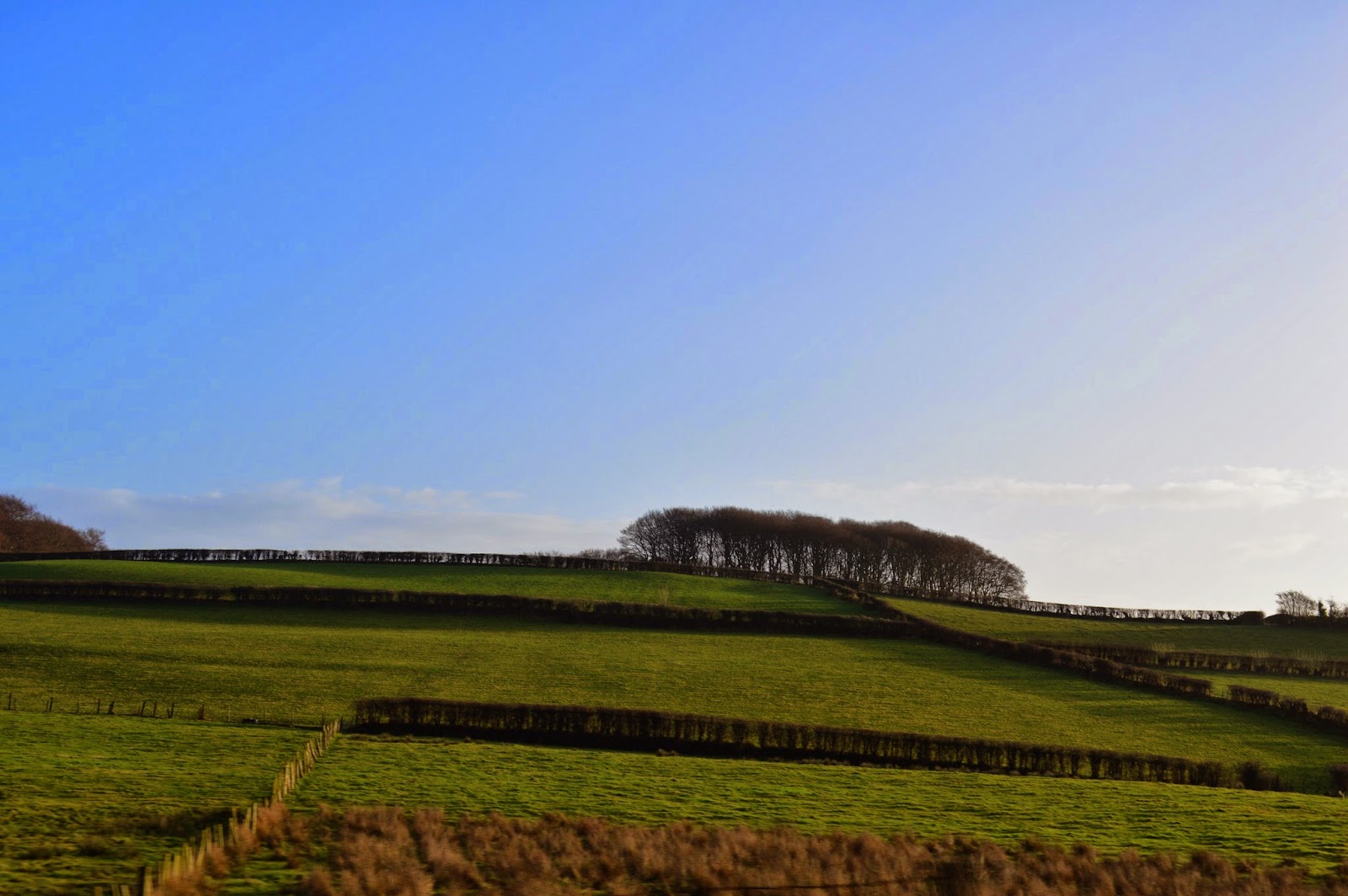 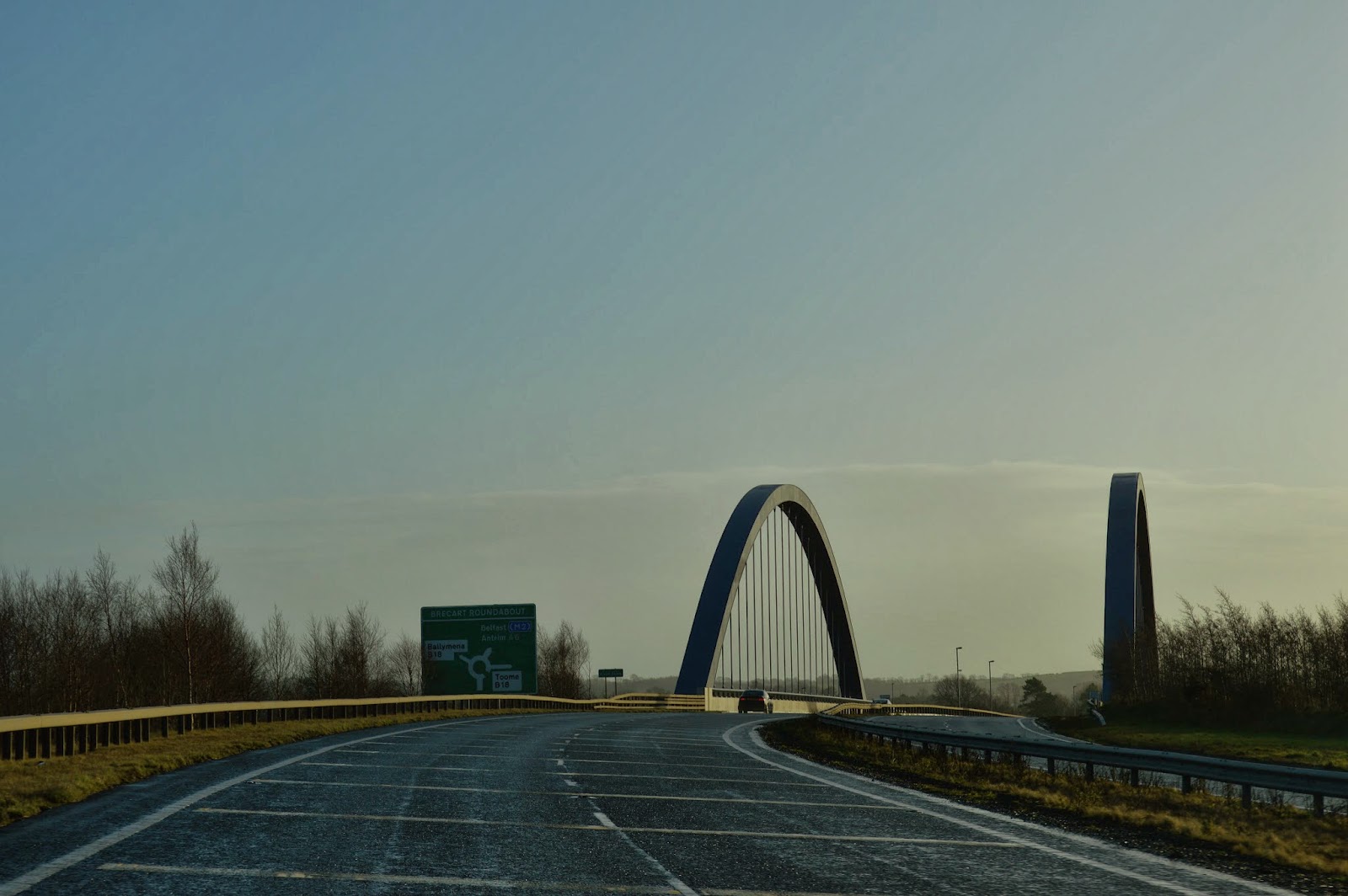 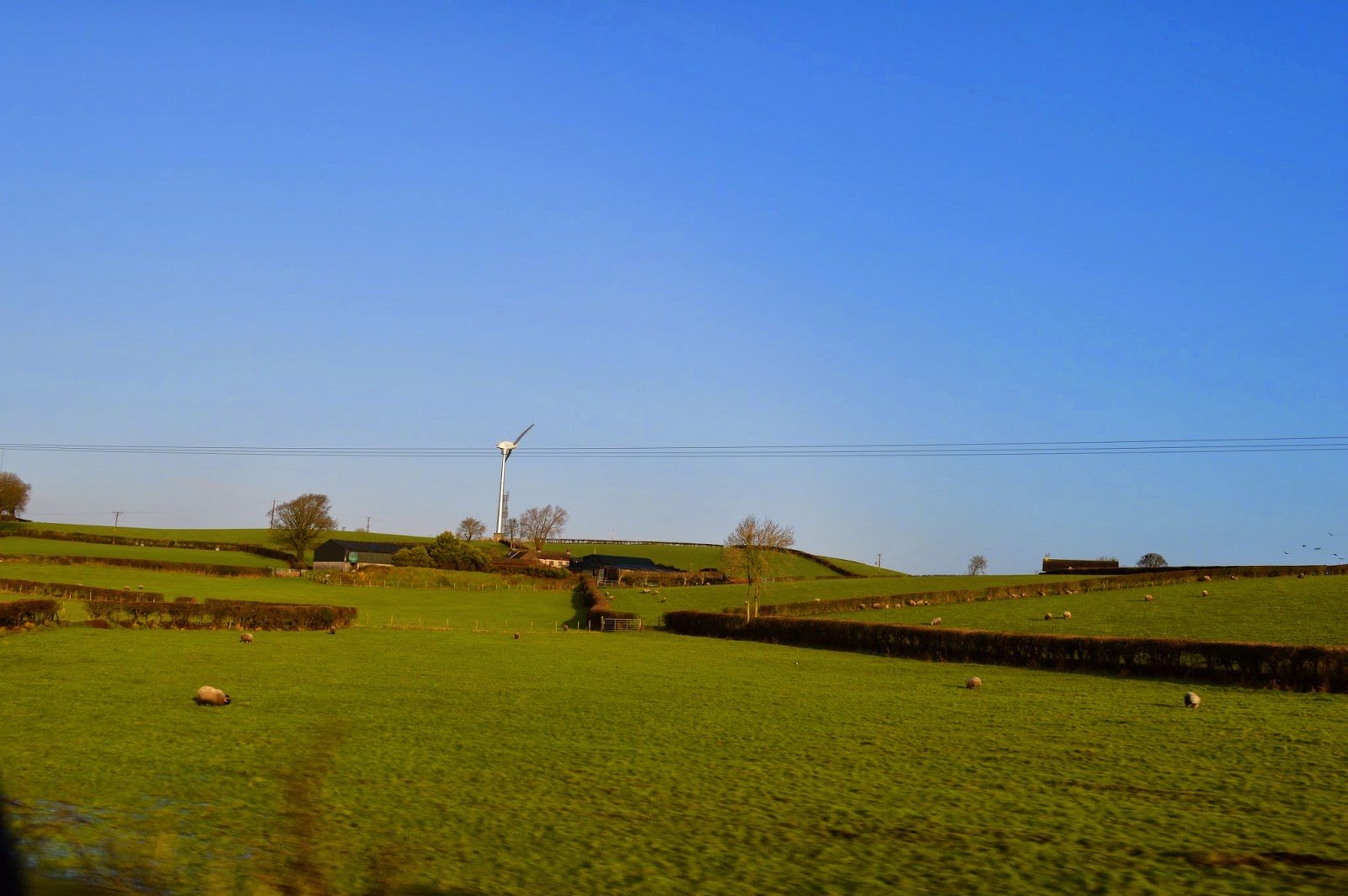 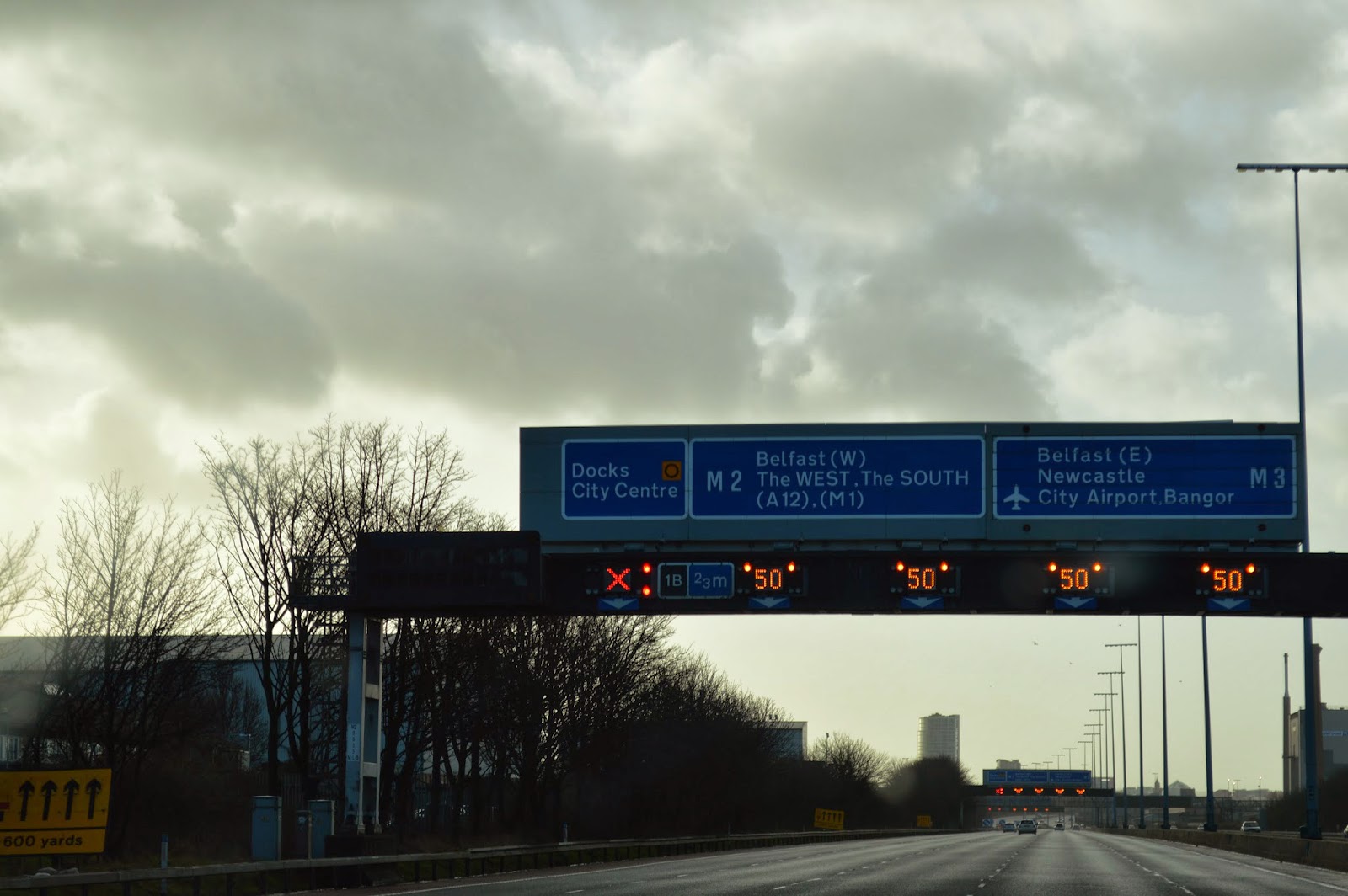 Our first order of business was going to the docks to see the Titanic Belfast exhibit. I had no idea what to expect, I didn't really research the Titanic Belfast before we got there, I imagined it was going to just be room with newspaper clippings and maybe some life sized rivets. My husband is the one who knew how fantastic it was and was really anxious for me to see it. He knows I have a fascination with the Titanic- seeing the real artifacts when they toured in San Franciso at the Metreon in 2006. I'm so glad he persisted and made sure we made it to the exhibit. Proof that he knows me so well! 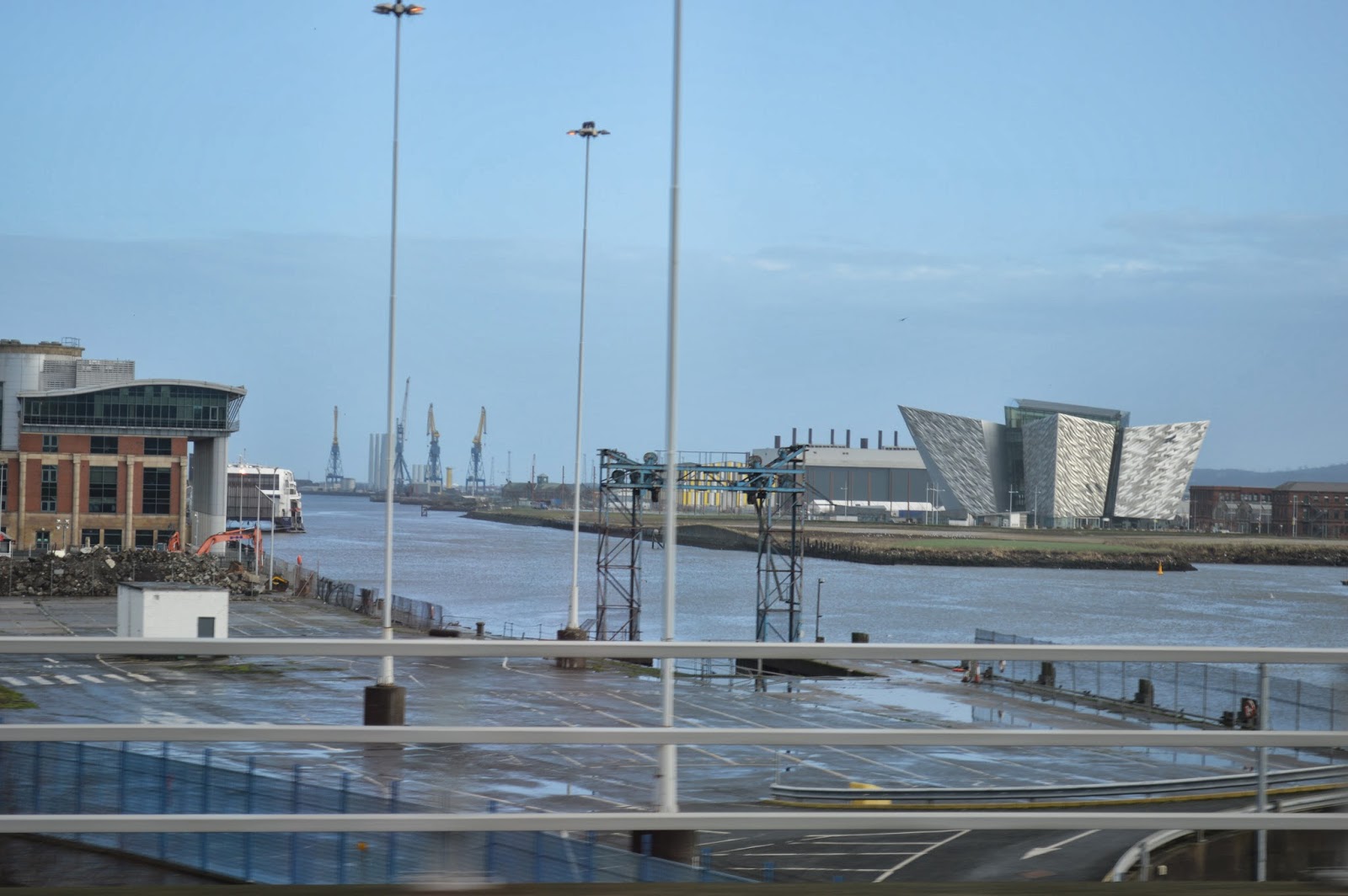 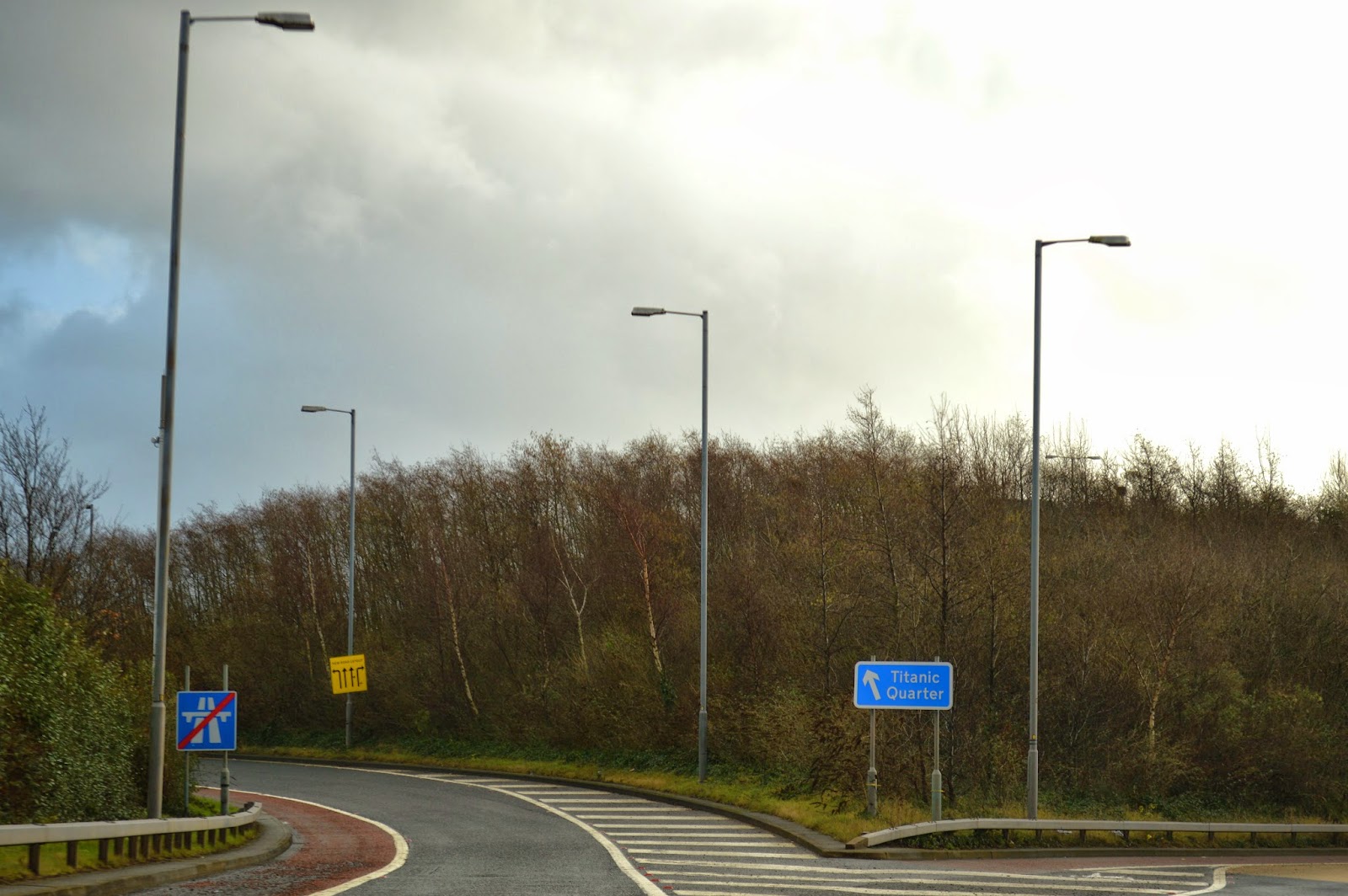 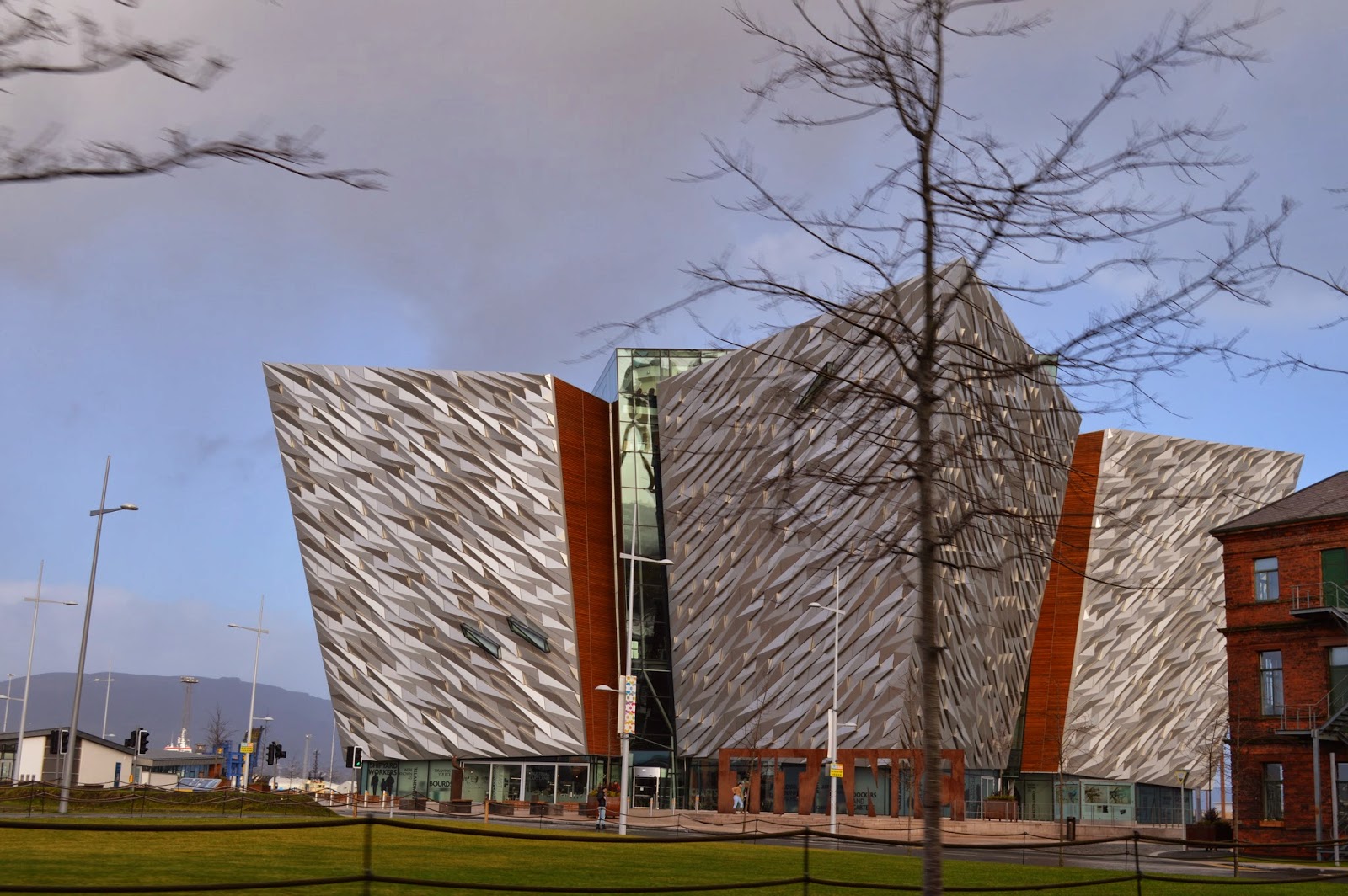 We paid our entrance fee and made our way to the beginning of the exhibit. On our way in they have you stop and pose for a picture against a green screen. There is nothing like having a silly moment while on vacation. When in Rome right?! So, we donned the sea captain hats and posed in front of the Titanic.

This exhibit is impressive my friends. No expense was spared! You've probably been asking what on earth the Titanic has to do with Belfast? Well, the Titanic was built in Belfast in the very dockyard that the exhibt now resides. There are 9 interactive galleries including a ride! The ride takes you through the assembly of the Titanic and shows you in a larger than life way how it all came together. There were screens to touch, fabrics to feel and voices to hear. Each exhibit winds up a level until you end up looking out a huge window to the very slipway that the Titanic rested. A superimposed image of the Titanic in that slipway suddenly appears on the window. It takes your breath away. 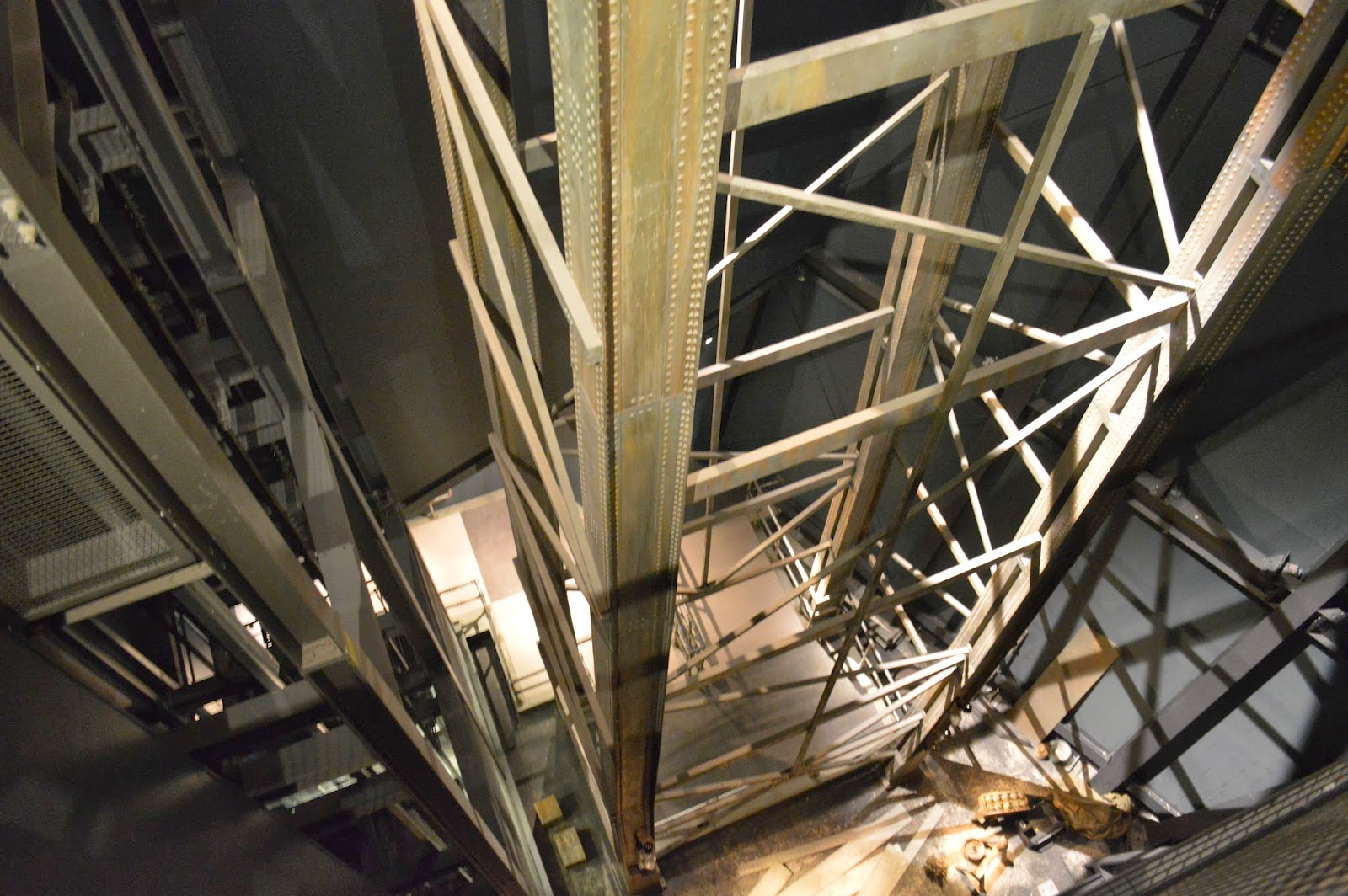 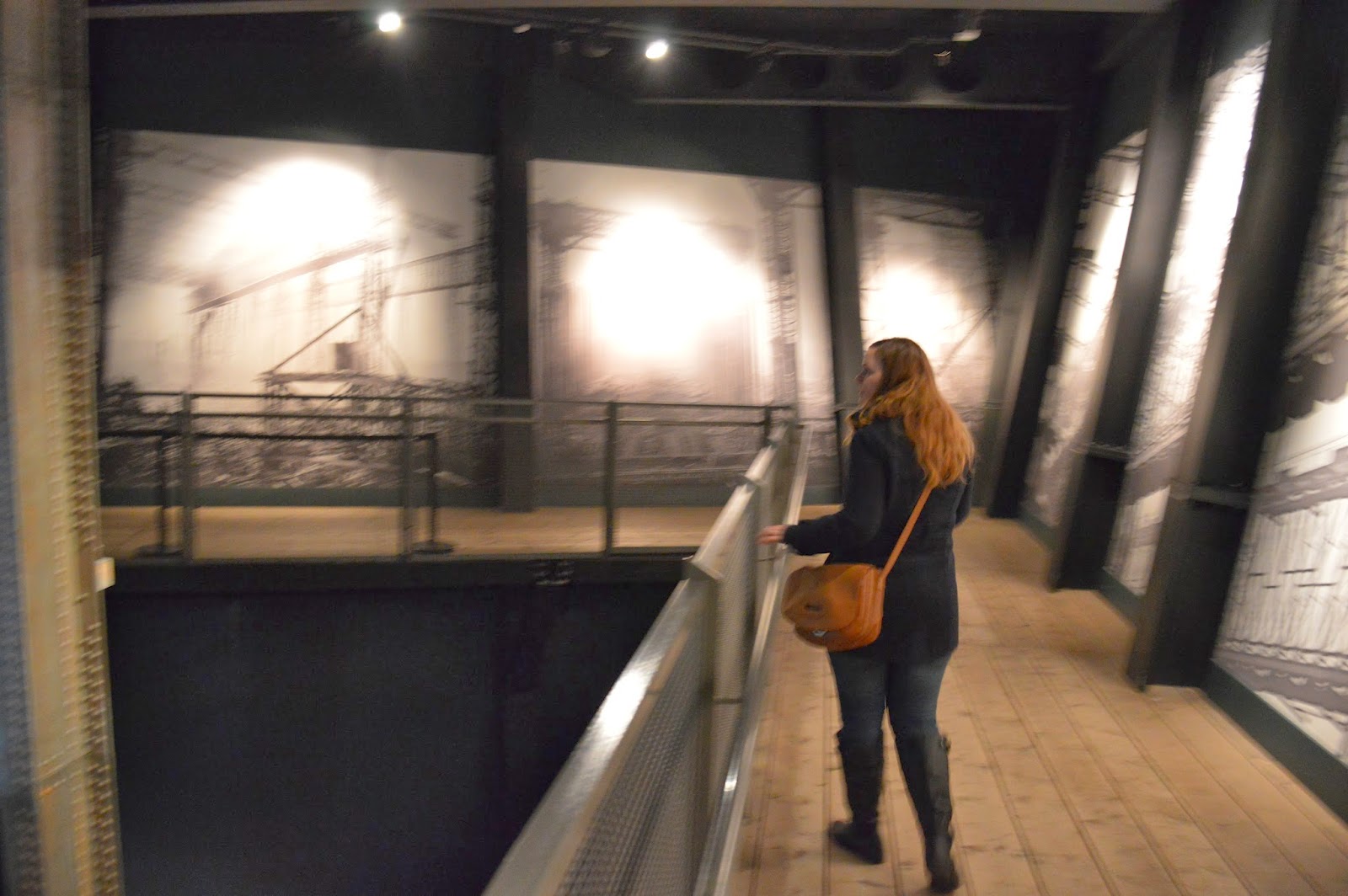 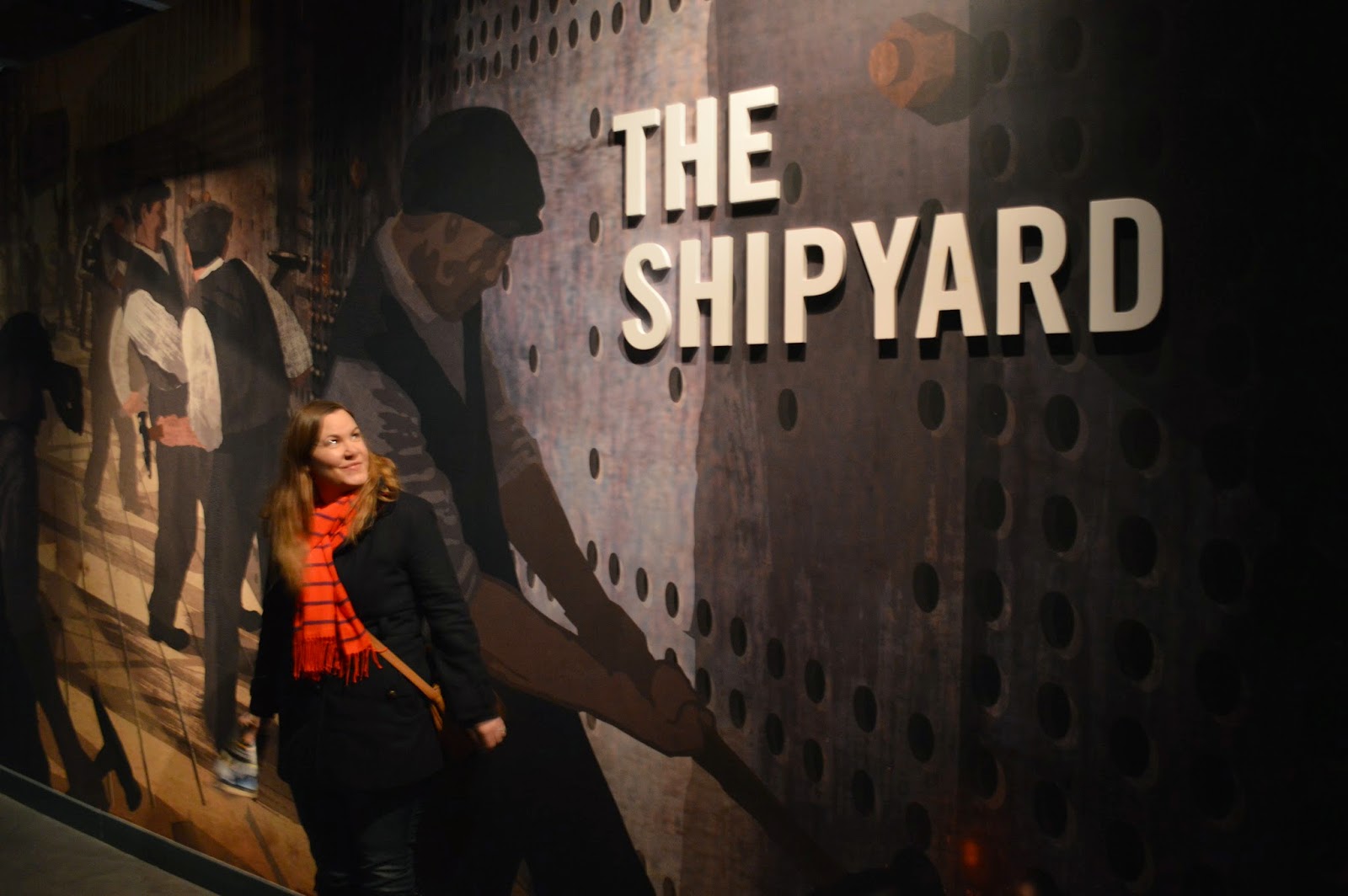 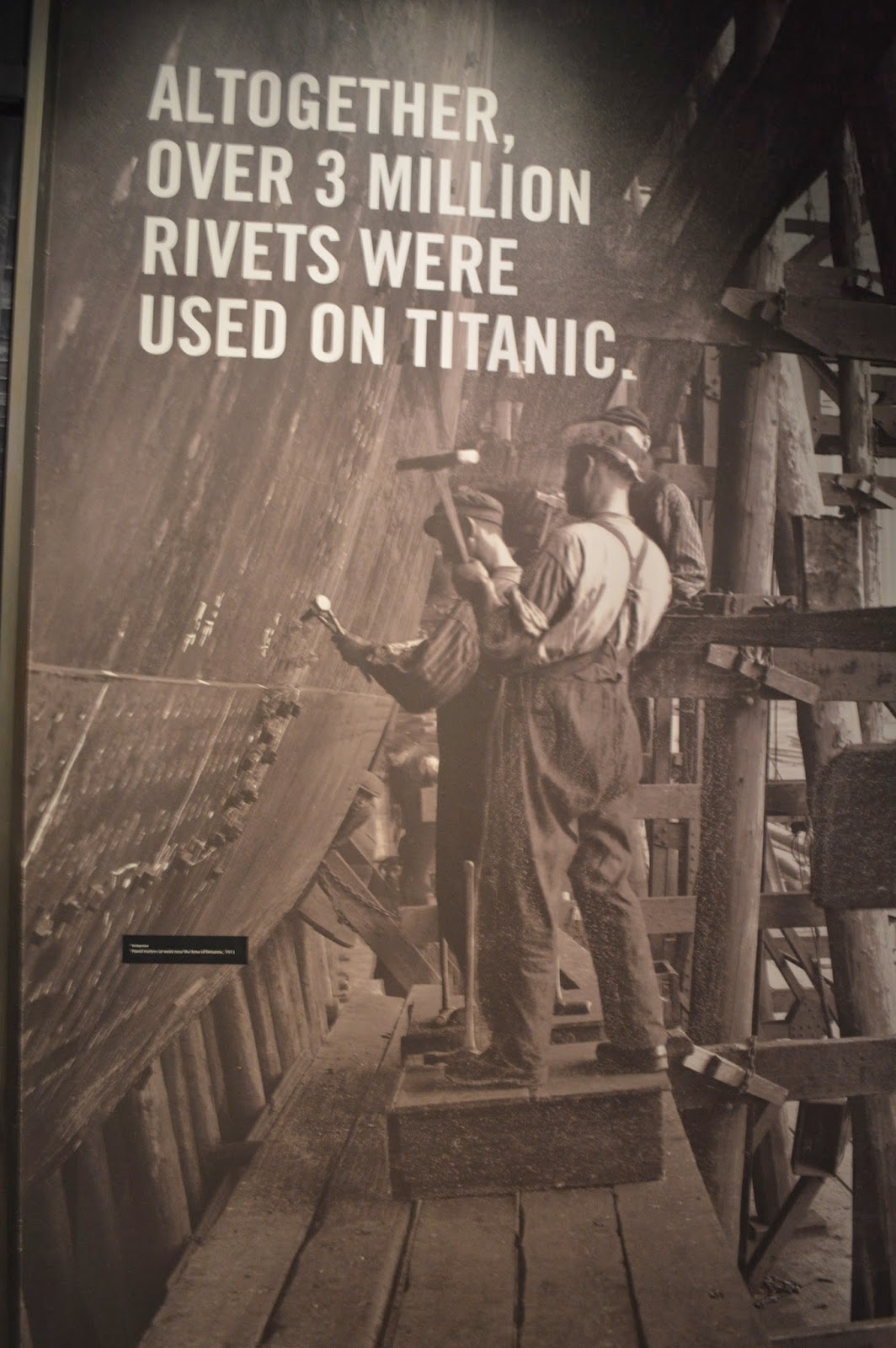 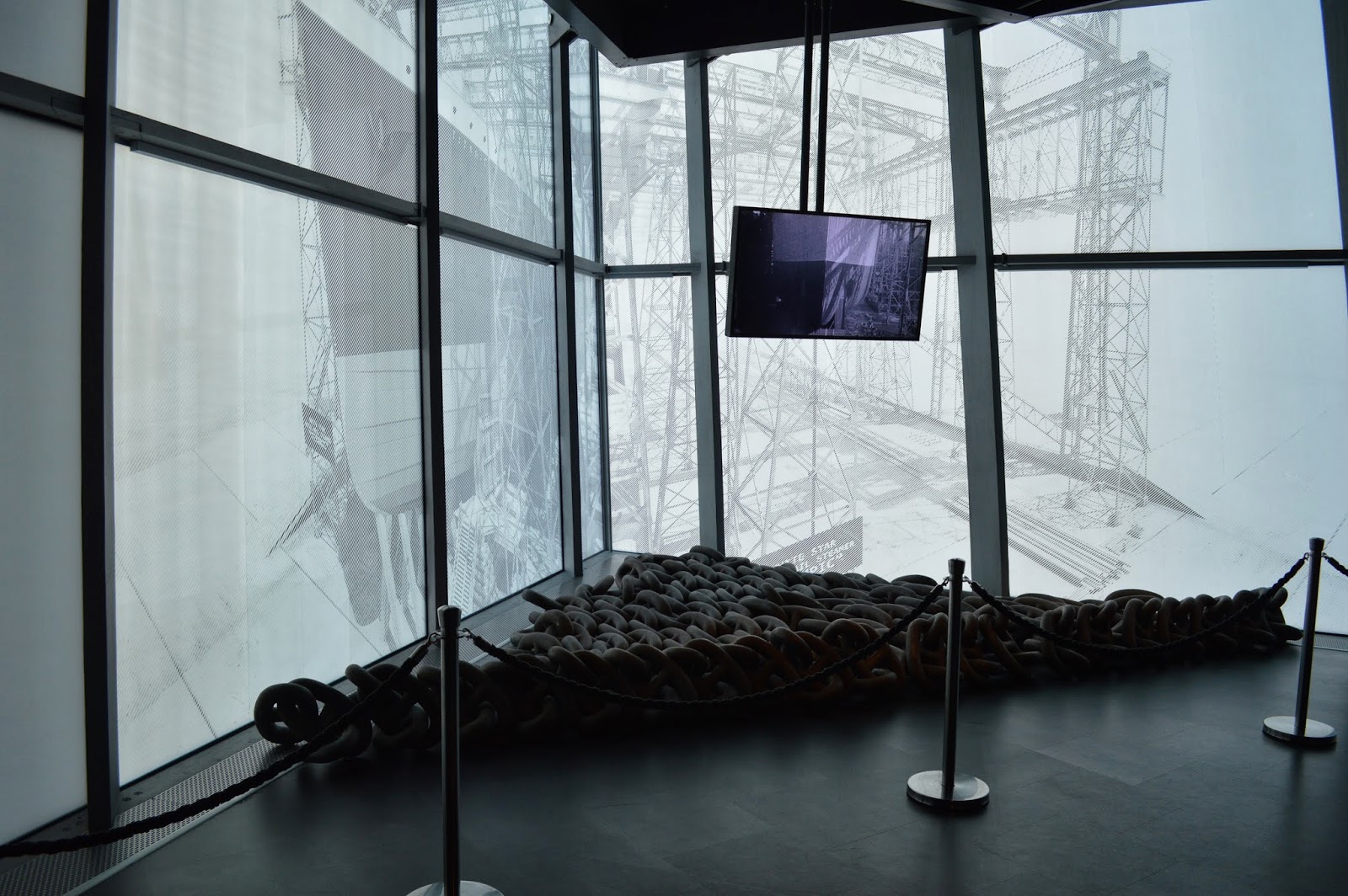 There is nothing more haunting than the Titanic and exhibits about it. To hear of it's construction and the certainty of those building it that is it indescructable- unsinkable- only to see the objects scattered on the seabed, proving that it was indeed sinkable. A shoe here, a comb there- a White Star line plate perfectly preserved and waiting for a meal to be placed on it. There is a wonderful IMAX style theater at the end of the tour and you can watch a mini documentary of the search of the debris field- just so eerie but also painfully beautiful, because everything has been preserved in the darkness- a delicate lady's shoe, a child's doll, a man's shaving kit. 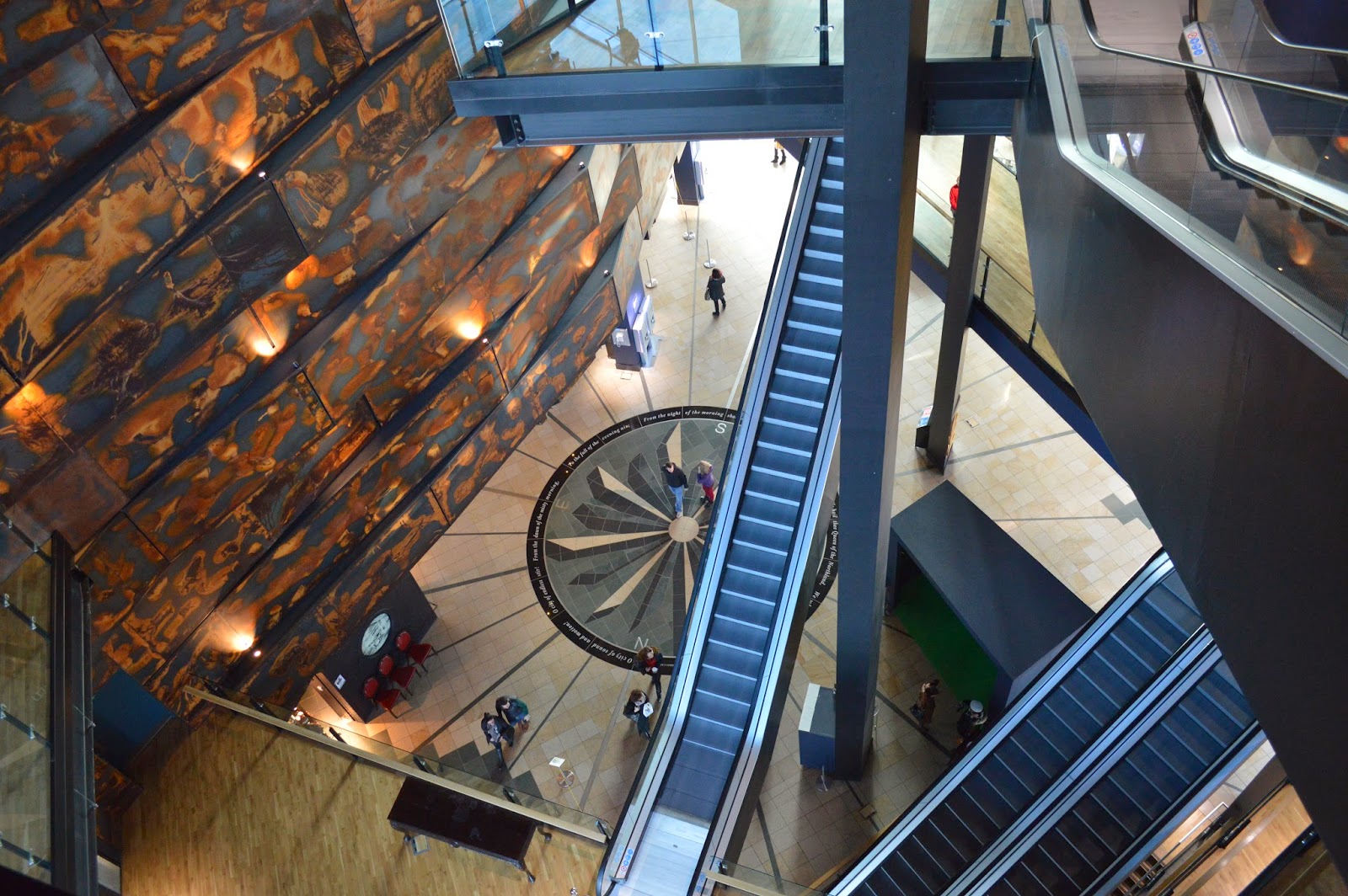 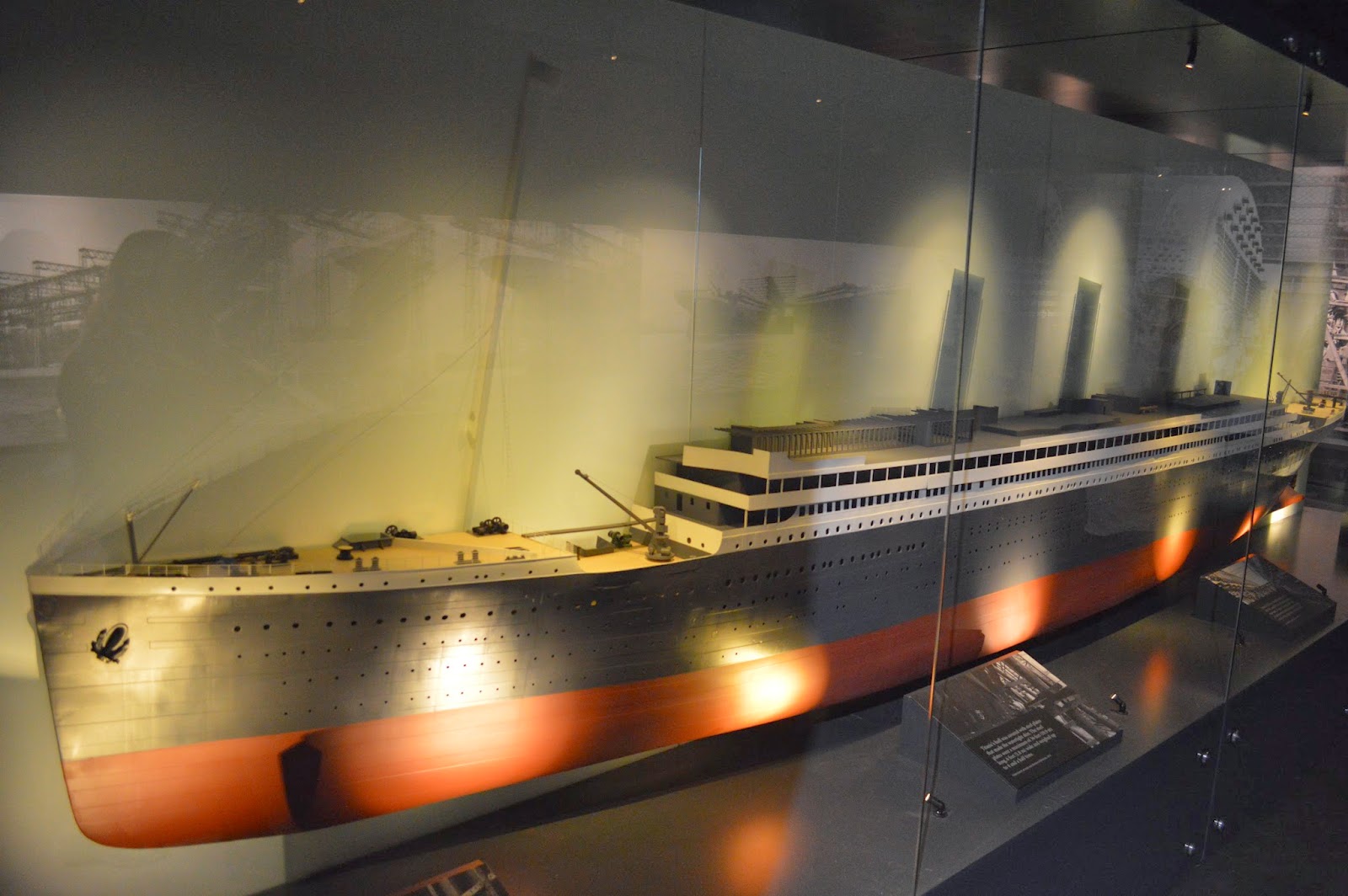 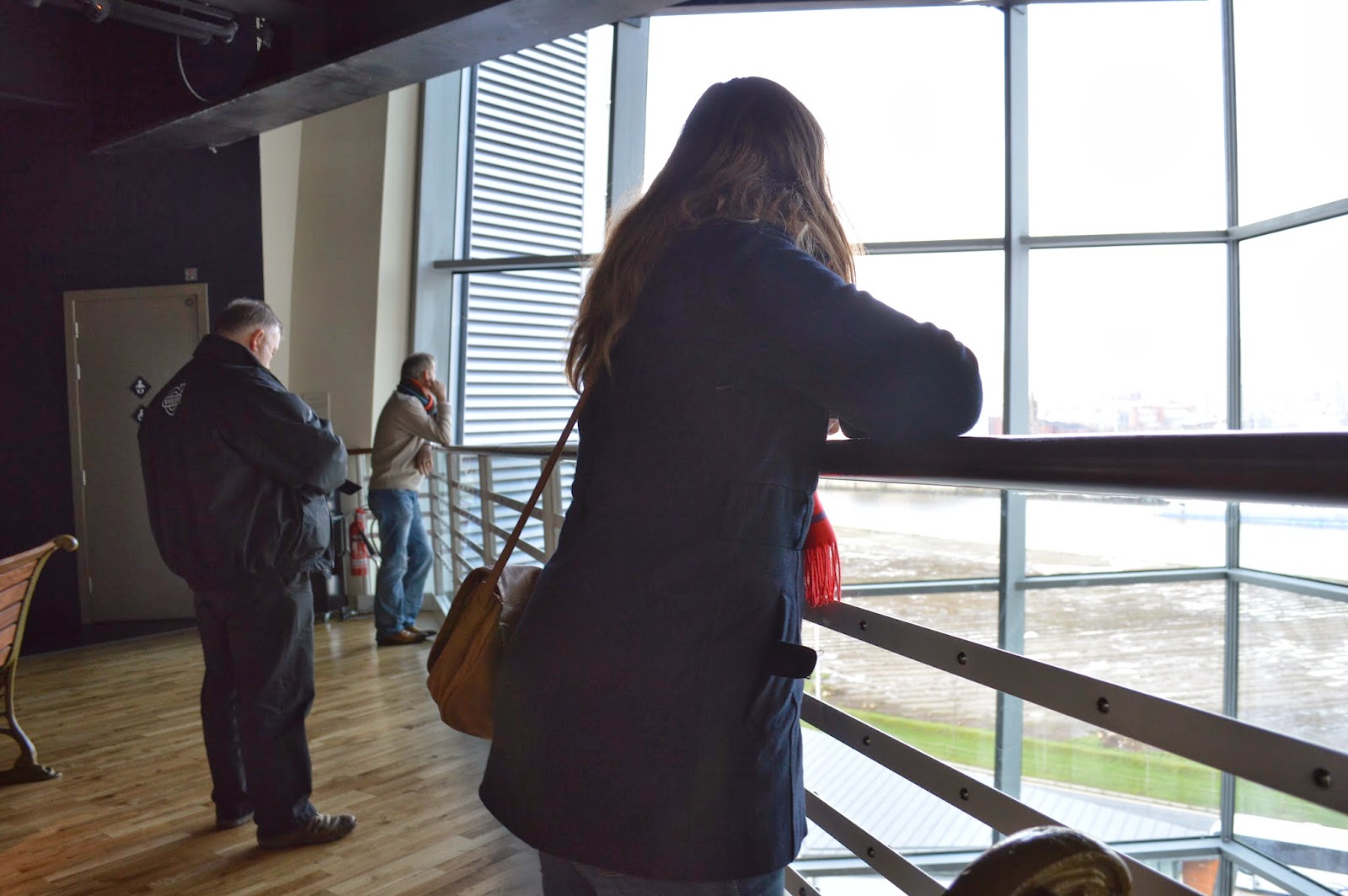 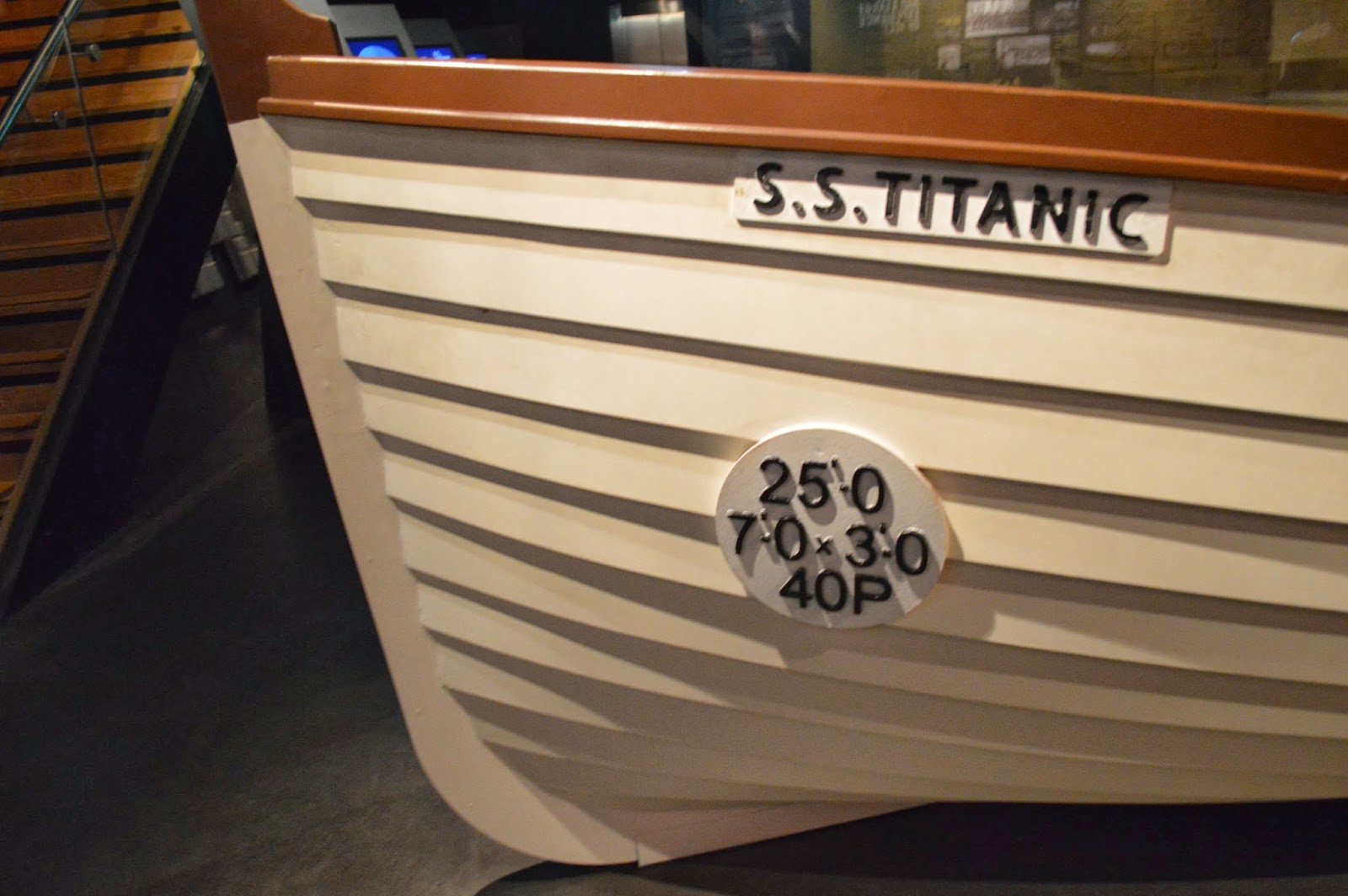 One of my most treasured photos from the trip turned out to be the silly picture of us in front of the green screen. It's just so us! We can be pretty darn silly together and I love that we have this less than serious picture from a trip that meant so much to us in the end. 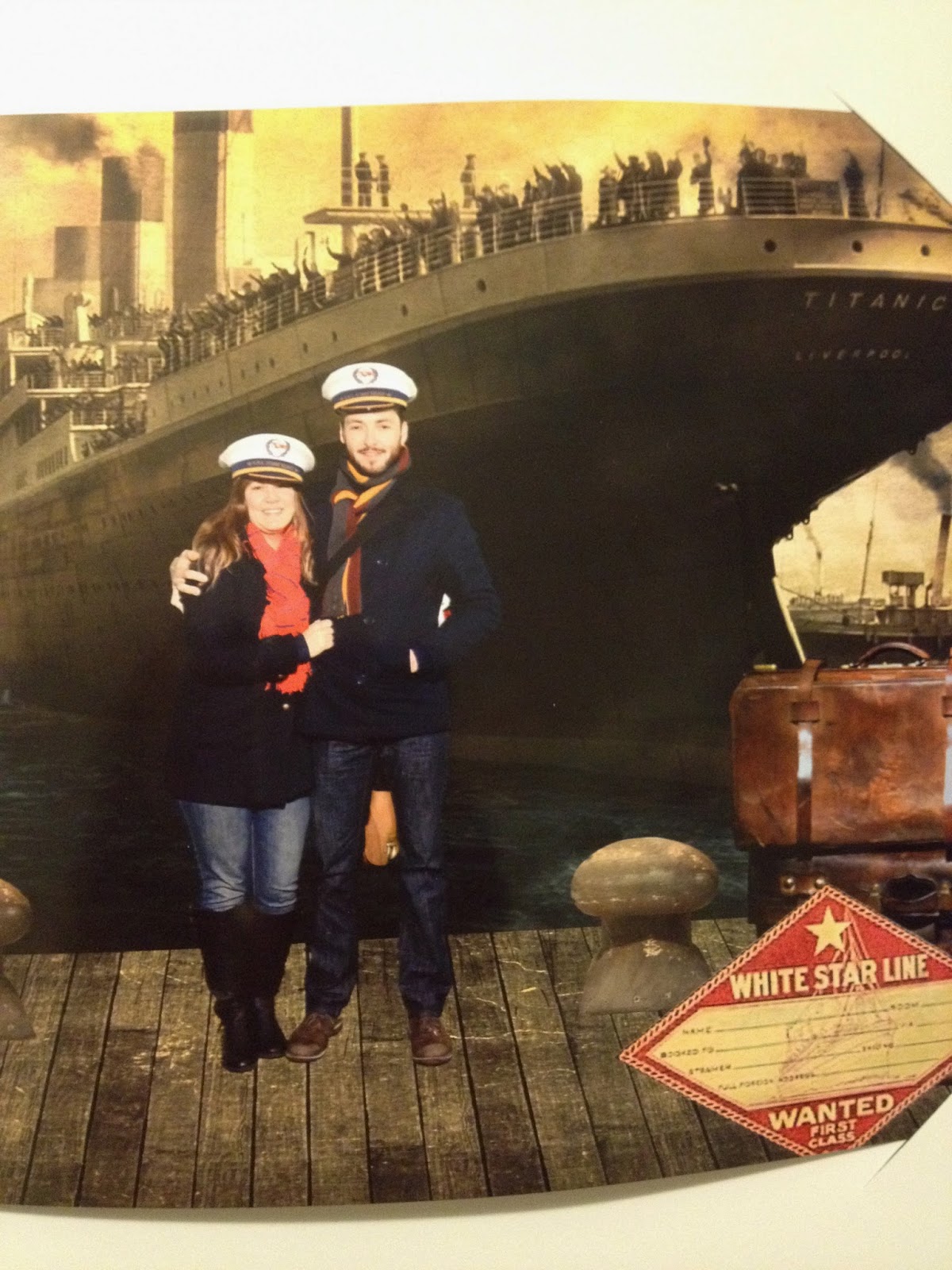 I can also officially say I've now had the worst pizza I think I've ever had. We decided to have lunch in the cafe at Titanic Belfast, because it was easy and would save us time- we still had to get up to the coast before the day's end. The pizza was so bland but greasy at the same time- how does that happen? Not a fan my friends. If you happen to go, do yourself a favor, take some extra time and just find an awesome pub. 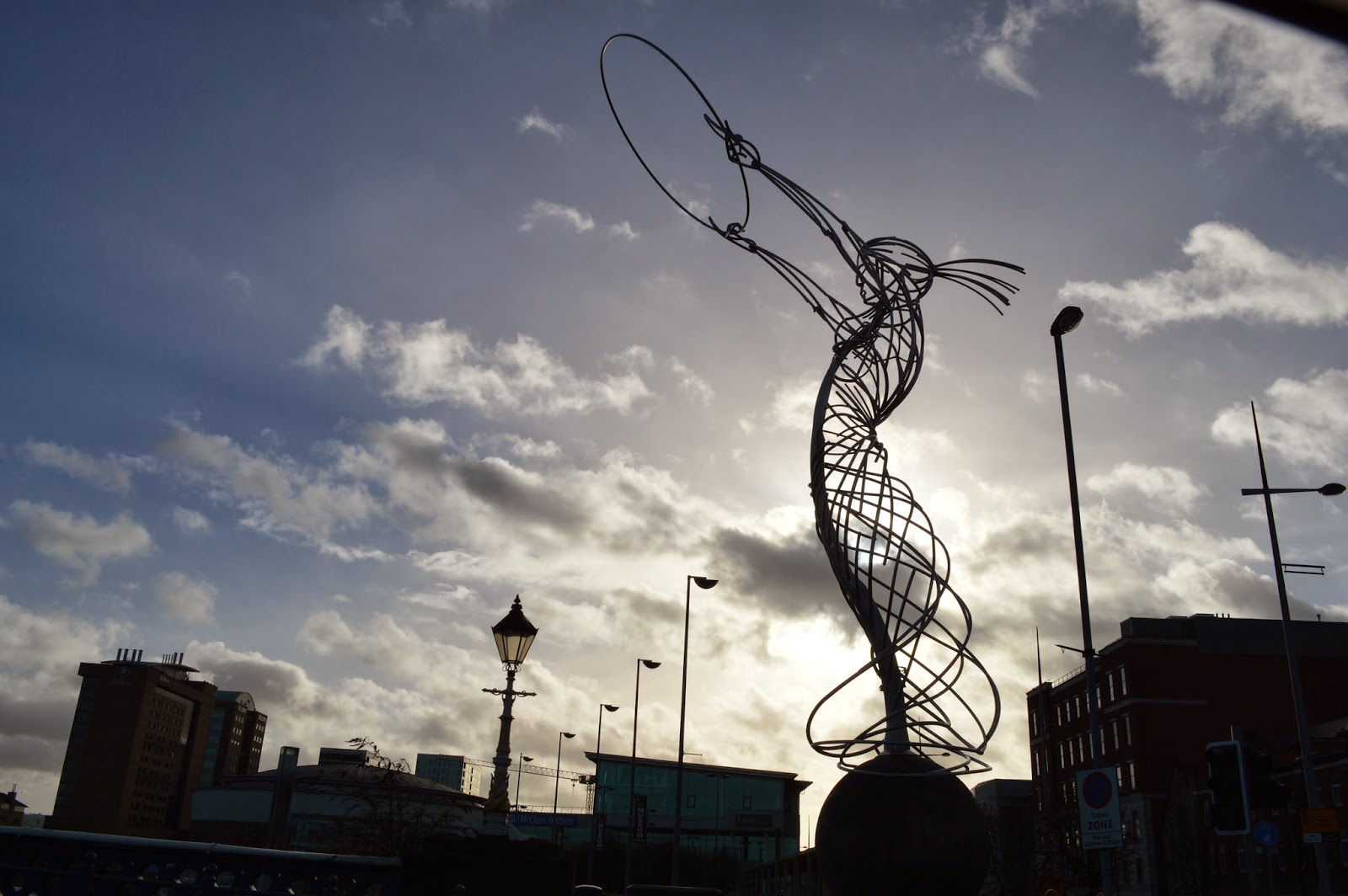 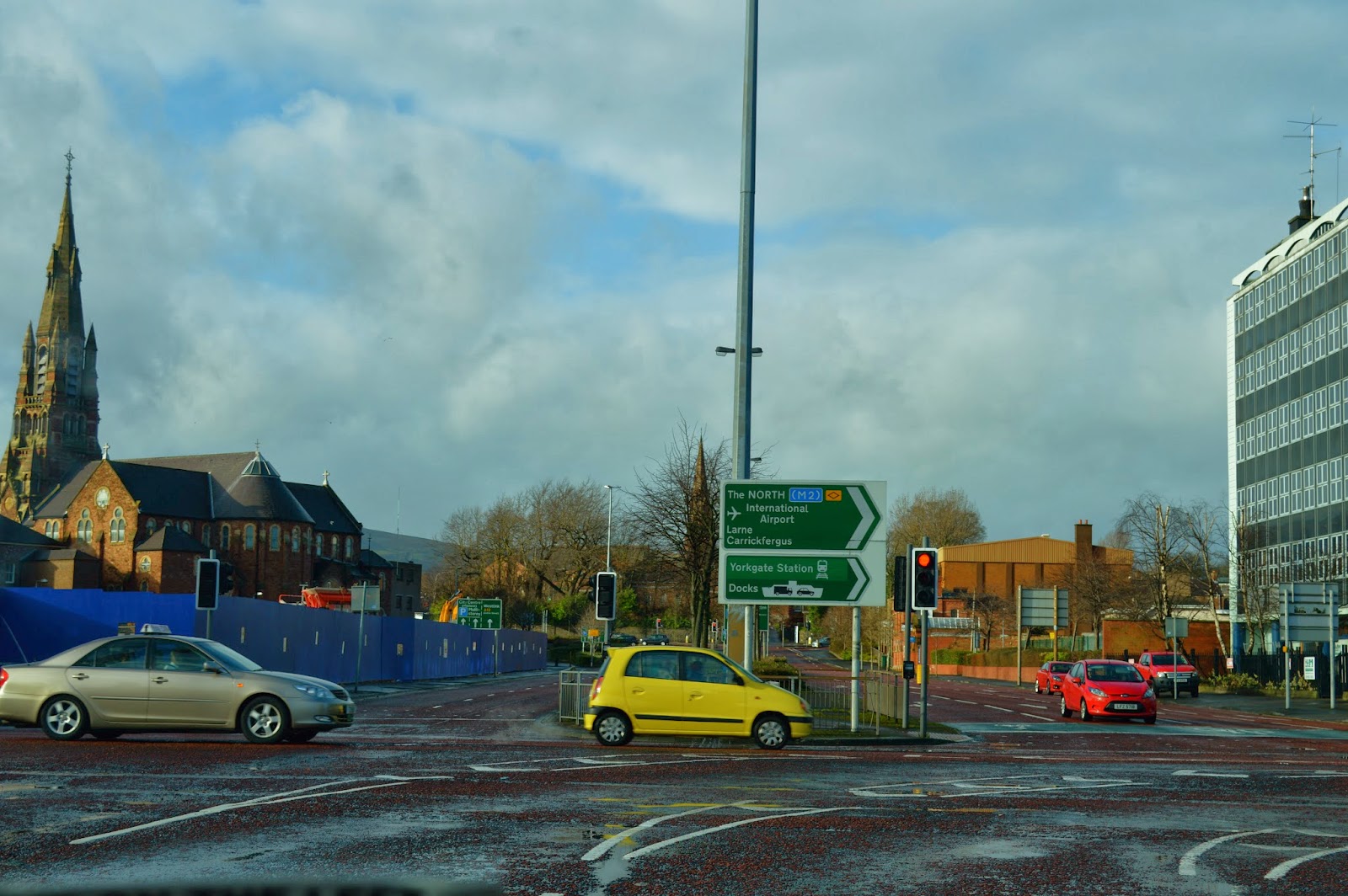 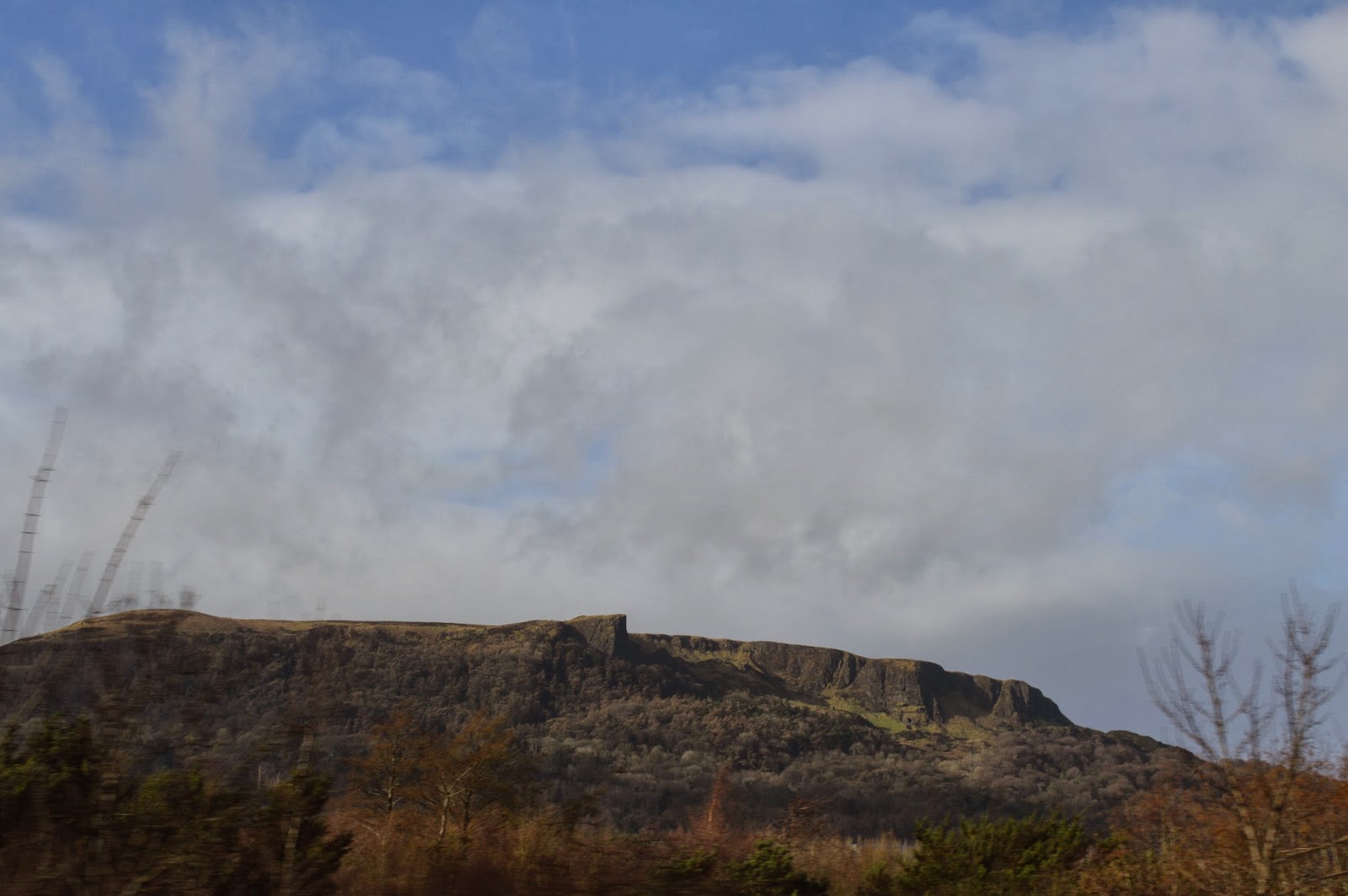 Coming up... our craziest adventure yet- The Giant's Causeway and the most schizophrenic weather I've ever experienced!