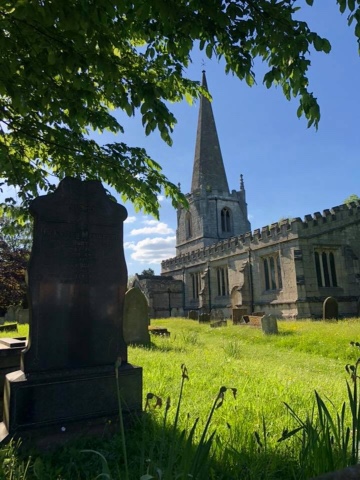 After the opulence of Chatsworth House we spent the next few days just hanging out with my in-laws in South Yorkshire and doing very English things.

First thing on the list was going to the pub. Daniel and I don't drink often but when we do it's usually hard cider. My father-in-law exclaims every single time that we order it, "You drink cider?!", and makes a disgusted face and let's us know he does.not.approve. Apparently hard cider is for builders from the West Country who make it in their back garden huts. The good thing about hard cider is it's a higher percentage of alcohol so it doesn't take much to get buzzed. Makes us cheap dates. One pint and I'm nice and buzzed, two pints and I'm sending my sister drunk selfies from the pub bathroom at 10am California time and trying really hard to look like I can walk steadily from the bathroom back to the table.  Daniel and I become quite affable after a pint or two of cider. Fortunately we know our limit and never have more than 2 pints or someone would have to carry me to the car! 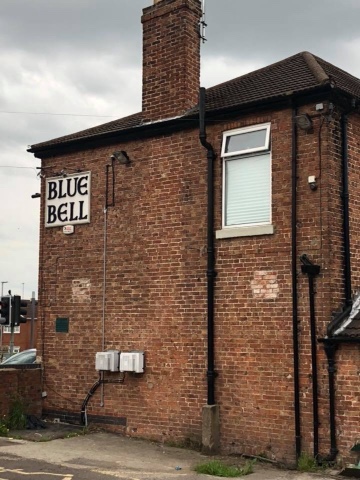 Blue Bell pub,Ranskill. We entered through the back 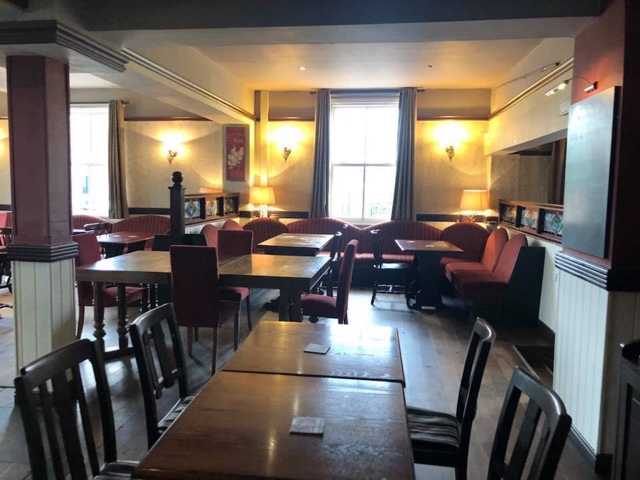 My in-laws frequent their local pub for a year or two and then move on to another one so I wasn't sure this time around where we'd land for our pints of cider. The pub they used to frequent was only a half a mile from their house and just lovely. Really cozy and had some of the best food I've had while in England. Daniel warned me that they probably don't frequent that pub anymore, to not get my hopes up for that delicious savory, sweet potato tart. Even though I'd had the warning I was still disappointed when we piled in their little car and drove the opposite direction of the beloved pub of my memories. The new pub that they go to now is about 3 miles away and while the food was good their menu was pretty limited and the service wasn't nearly as good. The waitress was friendly but was in no hurry to serve us or even bring us menus. My in-laws didn't seem fazed so that must just be the norm. 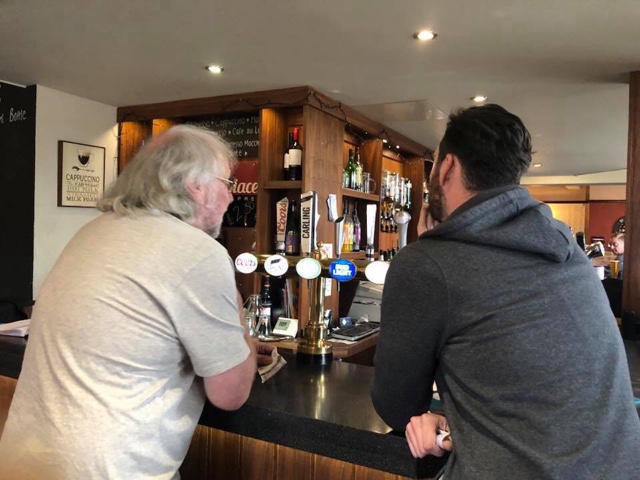 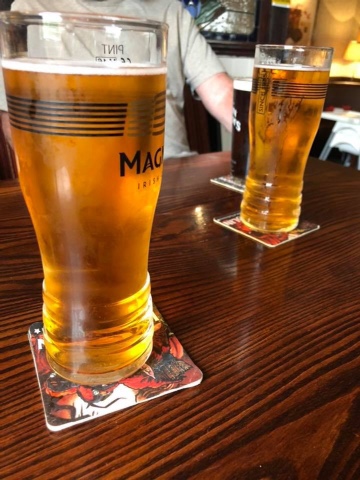 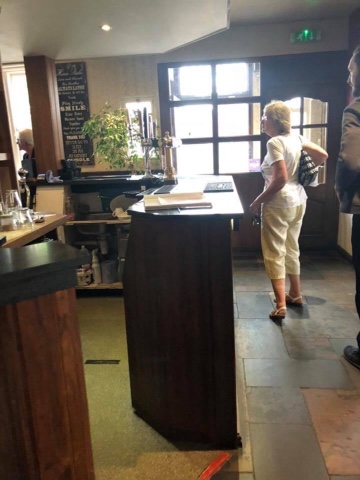 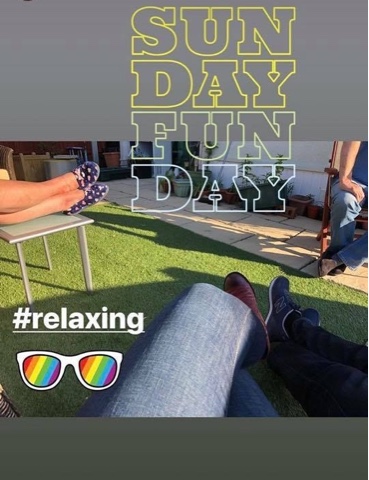 At this point I was actually looking forward to a few days of being mellow, hanging in my in-laws back garden, going to the seaside for fish and chips and wandering their little village. We broke up our time with my in-laws, spending a few days with them before doing some more touristy things elsewhere and then coming back again. One of the things on our agenda was getting fish and chips in Cleethorpes. I did a post on Cleethorpes (read here if interested) the last UK trip, where it was cold and deserted. This time it was still a bit cold but it was teeming with people and the amusement park was in full swing. What a difference crowds can make in a seaside town like Cleethorpes. It felt so lonely and neglected the first time we went. This time there were children screaming and enjoying the Ferris wheel, donkey rides on the beach, cotton candy, people walking dogs and busy, busy restaurants. 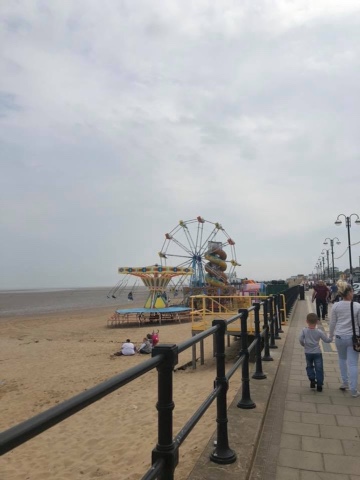 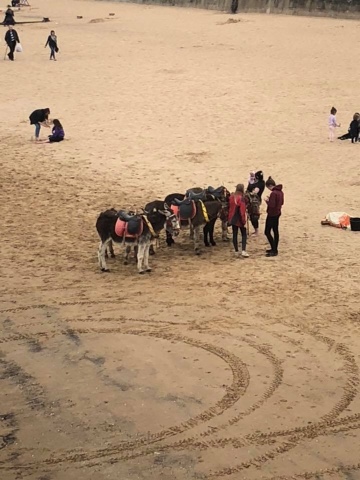 Donkey rides on the beach 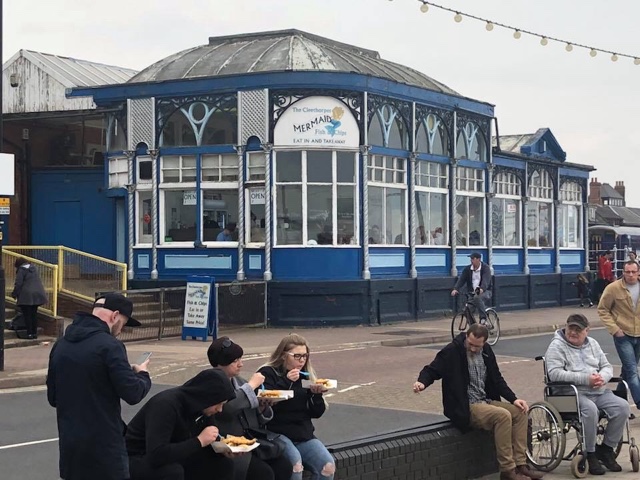 The same restaurant and scene 2 years apart. The Mermaid is full to the brim with people this time but empty 2 years ago. 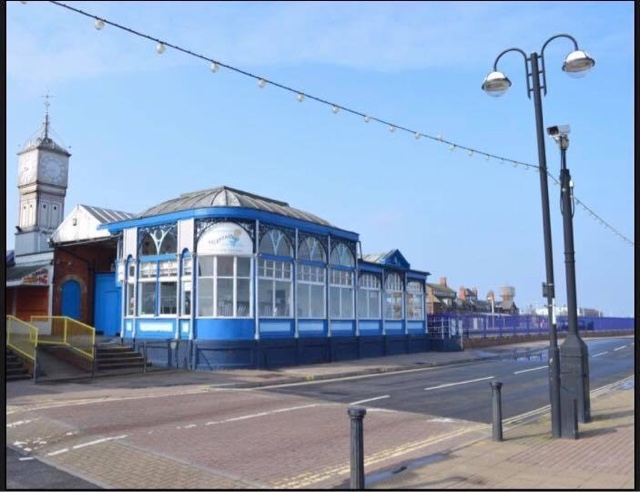 The day we went to Cleethorpes was the only day we experienced any rain. We were rather lucky with the weather during our entire trip. I've mentioned in previous posts but England was (and currently is, for that matter) experiencing an unusually long heatwave. As tourists we really benefited from that, not having to trudge through the mud or carry umbrellas with us- it made it much more pleasant to sightsee. We didn't mind the weather so much as it's sunny and warm at least 90% of the time in California, it was nice to feel a brisk breeze for once.

The restaurant we came to Cleethorpes for is called Papa's Fish and Chips. It was voted Britain's best fish and chips on a BBC competition show judged by Michelin Star chef Tom Kerridge. It was good! It lived up to its reputation. Huge portions, I couldn't finish my entire meal, but I so wanted to keep eating because it was delicious. 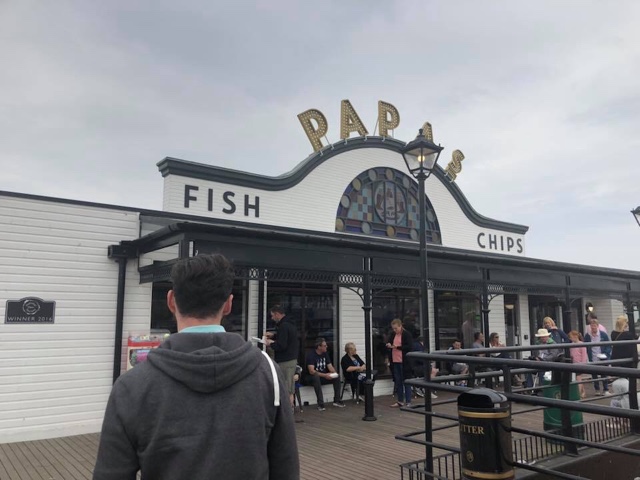 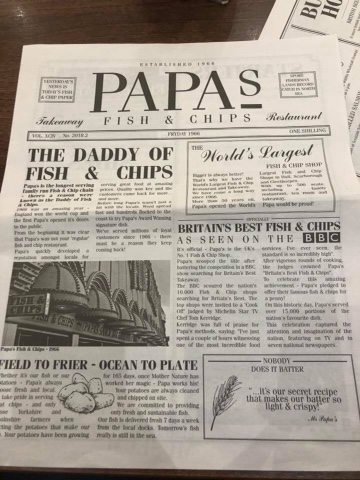 This is the menu! 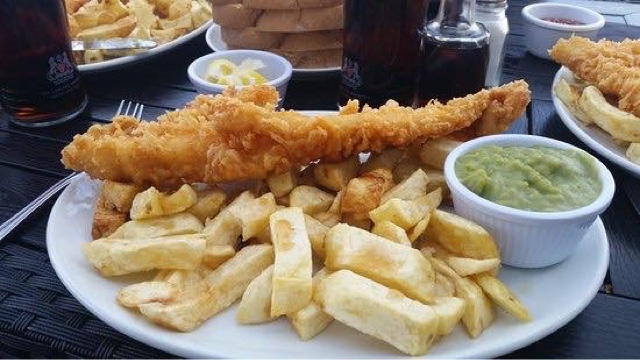 Papa's medium sized fish and chips with mushy peas. Photo courtesy of trip advisor user: CarolJ, because I forgot to take a picture of our food. 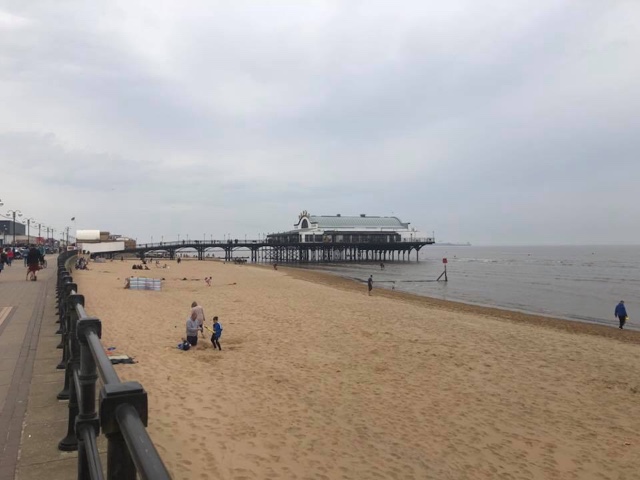 We walked the promenade and it started to rain. We decided to head back to my in-laws and to the hotel we planned to stay in that night. It was lovely quiet couple of days before jumping back into our trip and we temporarily said goodbye to my in-laws and headed off on the gentle sloping roads of the Lincolnshire Wolds.

But before we set off we did some naughty doughnut eating.... 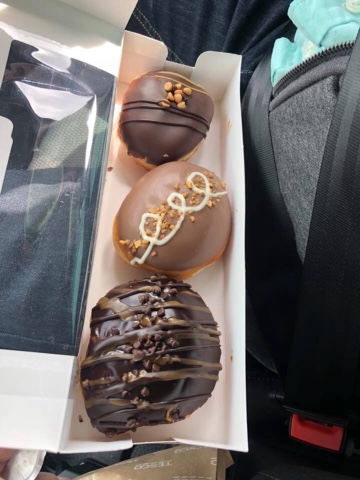 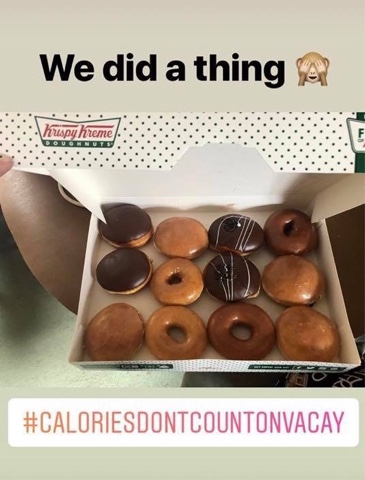 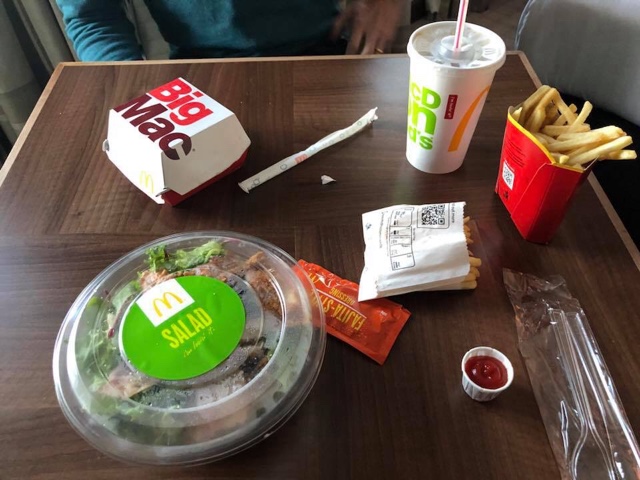 Ugh, we don't even eat McDonald's in California! The only time I've had McDonalds in the last 15 years has been in Europe! I'm not sure what that says about me.... 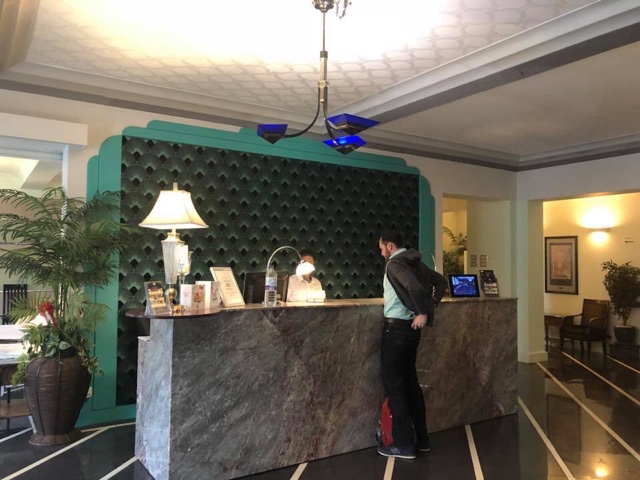 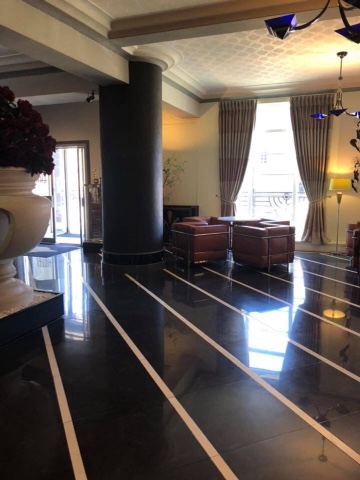 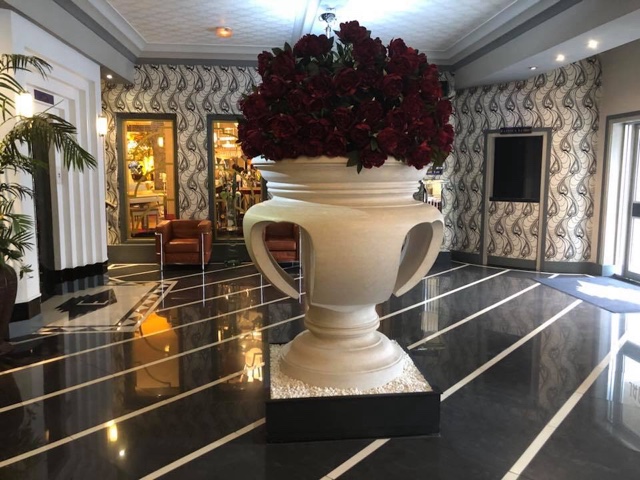 And some light nighttime reading... 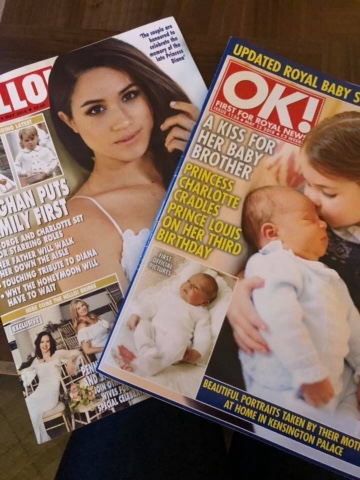