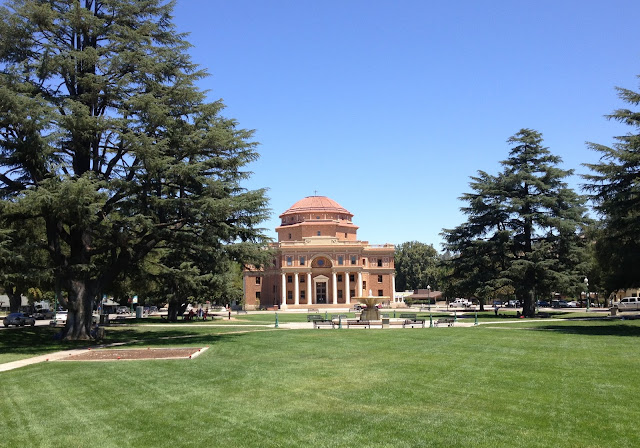 I love where I live. I have very nostalgic feelings for the place I grew up. I'm one of those very lucky people who can say that while they didn't have a perfect childhood, they had a pretty darn happy one. One of the places that features heavily in my happy childhood memories is the Rotunda building in Atascadero. Currently it houses the City Hall but back in the day it was the library.

I'm a reader and I am the child of a voracious reader. When you grow up in a house where books are held in high esteem it's hard not to have that rub off on you. My time in the library was always magical. I remember the feeling of walking up the few steps to the large doors that led to the children's library. At the time the doors seemed so incredibly tall and towering, and the room so big. As an adult, touring through the Rotunda building I see now that the room is indeed quite small and not the same as what my child's eyes saw. It's weird to see things through adult eyes now, but it doesn't change the memories or erase the nostalgia. I remember when I was old enough to start wanting books found outside of the children's library. The only thing I can remember about that part of the library was the card catalog. I remember pulling out those skinny, long drawers and thumbing through the dividers to find the title I wanted and the number that held the key to the book I needed. It's a shame that modern technology has taken the need for card catalogs away. This generation will never know what it's like to physically slide that narrow drawer open and go on a treasure hunt for your desired reading material. But, I digress. I didn't mean to go down that path of waxing poetic about the library, what I do intend is to discuss the building that housed it.

It's funny how I never cared or thought much about the Rotunda building until I no longer had access to it. It was severely damaged in an earthquake in 2003 and has been behind scaffolding, fencing and plastic ever since. I missed it. Now 10 years later it is once again open to the public. I marked my calender eagerly, I made sure I could get off work early enough to take advantage of the free tours- of the opportunity to once again freely wander a place that had once been so important to my childhood. I felt like a silly, giddy kid. Yes, I'm a history nerd and yes I am a dork. 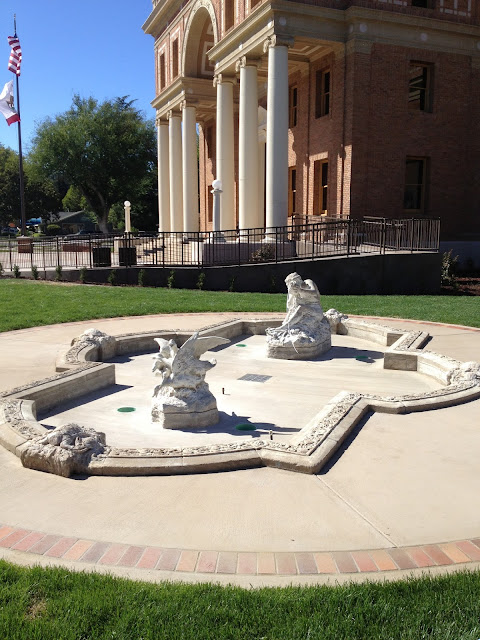 One of 4 fountains. Each fountain features a mermaid blowing a conch shell, geese, turtles, and an array of marine life. Water will once again grace these beauties later this month. 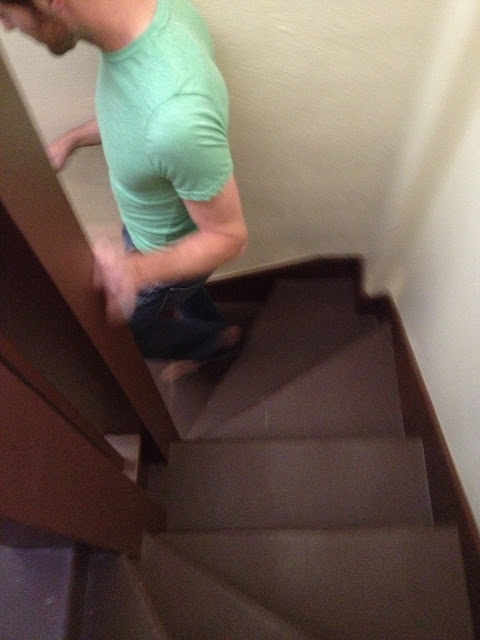 The narrow, winding staircase at the top of the Rotunda building. (and my handsome husband) 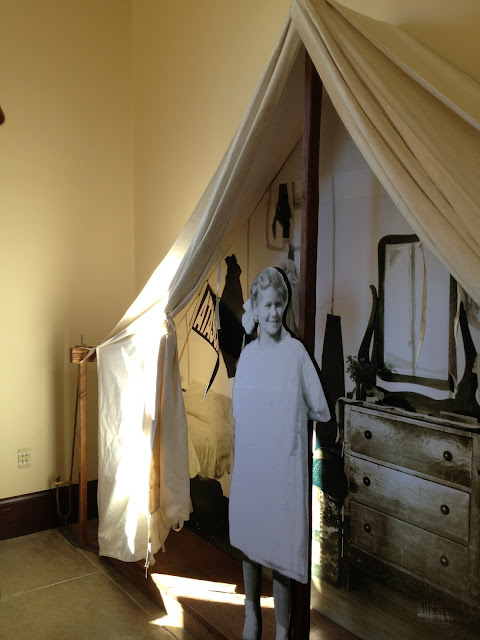 A large diorama of the "Tent City" which house the original residents of the Colony of Atascadero. 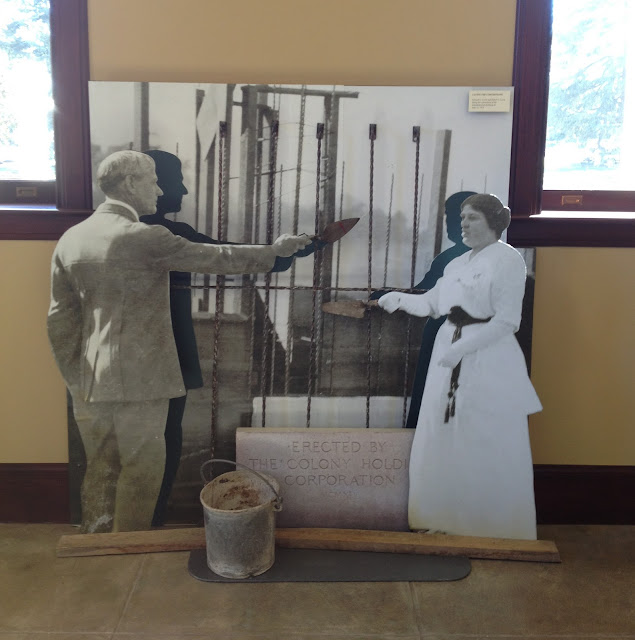 Another large diorama of E.G. Lewis and his wife, laying the cornerstone of the Administration Building (Rotunda). E.G. Lewis is the man behind the Colony of Atascadero. 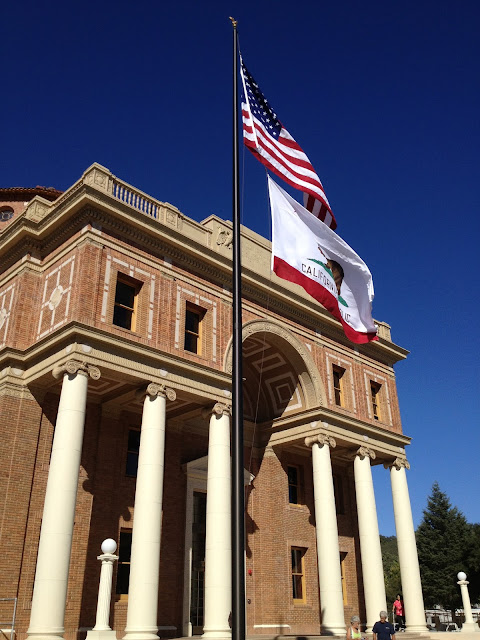 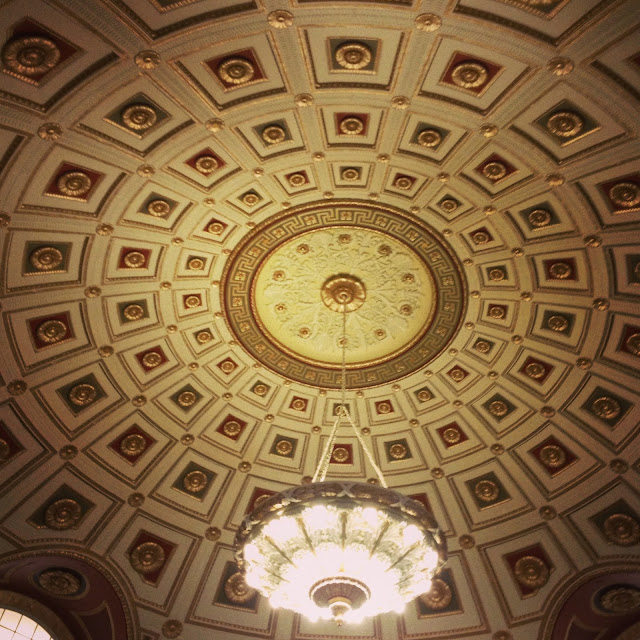 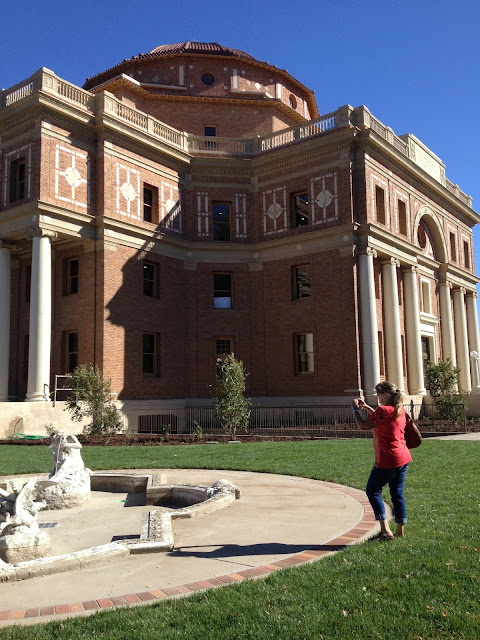 My mom taking a picture of one of the four fountains. 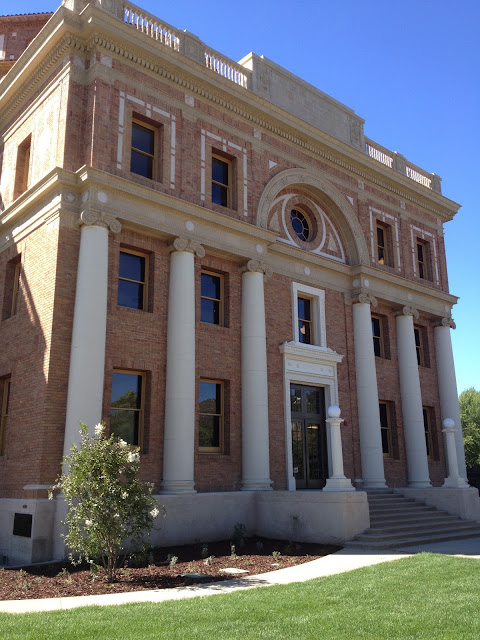 The entrance to what once was the children's library. My happy place.

Above each of the four entrances are carved quotes, which are meant to inspire and remind us all of the value of nature and the importance of preserving it.

The quotes are as follows:

Let us keep our faces to the sunshine and we will not see the shadows.

For lasting happiness we turn our eyes to the one alone and she surrounds us now. Great nature. - Sterling

The most valuable of all arts will be the art of deriving a comfortable subsistence from the smallest area of soil. - Abraham Lincoln

Great nature, refuge of the weary heart and only balm of breasts that have been bruised. - Sterling